“The Deal of the Century”: Canada’s Problematic Submarines in Historical Perspective by Dr. Paul T. Mitchell 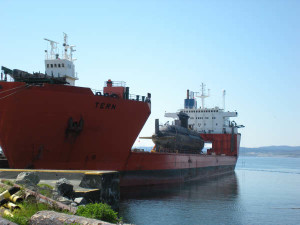 Canada’s star crossed submarines were the source of media interest once again last week. UBC’s longtime critic of DND, Michael Byers and his partner Stewart Webb released their assessment of the Victoria class and its many issues. The report focuses on the time needed to get the subs operational and speculates that their well-advertised technical issues have made them both unaffordable and undesirable. Once again, Byers argues that there is little in Canadian defence that can’t be done better with a UAV. Sadly, their paper is full of holes. Here’s a few reasons why.

Rather than assessing the merits of Canada’s current fleet, the main object of their paper appears to make the argument that submarines are unnecessary for the defence of our nation. Submarines are perhaps the most misunderstood weapon system in the Canadian Forces. Few Canadians, even those well-versed in military matters, understand their role in Canada’s defence. Worse, the technical issues that have afflicted the Victoria class submarines have dominated the media narrative for a decade, convincing many that they really are a set of lemons put upon us by the crafty British. In actuality, the navy had relatively few options to replace its aging Oberons in the 1990s. It was the decisions made then, rather than any inherent technical shortcomings, which created many of the problems experienced after these vessels entered active service. Yet, the choices for the navy were stark. Faced with a government that was essentially hostile to the idea of submarines, and limited in what it could spend, the used, but highly modern Upholders were the only option open to the RCN: it was either that or the end of the Submarine Service. 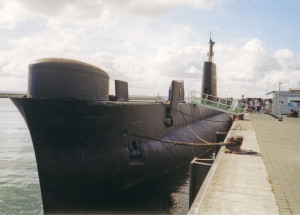 Submarines have long been controversial in Canada. The navy has spent most of its existence without having any. Two were acquired during World War One, but the service divested itself of them following the end of the war. None were procured for the next global conflict and the government resisted the navy’s demands for some until the early 1960s. This resistance ended when the Diefenbaker government became convinced that its growing role in the field of anti-submarine warfare as a part of NATO’s maritime defences required the acquisition of submarines for the purpose of providing training targets. Two old American surplus WWII era submarines were leased and shortly thereafter, new Oberon class submarines were purchased from Britain. These submarines largely worked as “clockwork mice” during naval exercises. In the 1980s modern combat systems and the Mk. 48 torpedoes were acquired for the boats, making them operational weapons for the first time.

Little known is that the navy had been lobbying for submarines since the 1950s, and what it really wanted were nuclear submarines, not conventional diesel electric vessels like the Oberons. However, as the historian of the Canadian submarine programme points out, the real concern was with the nature of a war capable system not its mode of propulsion: the cost of an SSN was so steep, it made no sense to acquire them simply for training purposes.

With the addition of the large torpedoes in the 1980s, the Oberon subs became the most potent weapon system operated by the Canadian armed forces. A single shot from the Mk. 48 is capable of completely destroying all but the largest of vessels. As the Falklands War vividly demonstrated, such an action could compel real strategic action on the part of adversaries. After the sinking of the General Belgrano, the Argentinean navy retired from the field and left the island bound garrison of troops to their ultimate fate. The publication of a “Notice of Intention” by the RCN during the Turbot Crisis of 1995 helped to de-escalate the threat of confrontation between the Canadian and Spanish navies.

The navy flirted with the idea of SSNs again during the 1980s, taking advantage of an offhand comment by then defence minister Erik Nielsen to make a renewed case for them. But the end of the Cold War and a growing government deficit saved the navy from a programme that likely would have eaten the service alive during the cash strapped 1990s. Indeed, it was the lack of any extra revenue to procure submarines that ultimately led the navy into the predicaments with which it currently wrestles with the Victorias. While the report of the Special Joint Committee on Canada’s Defence in 1994 ultimately supported the idea of replacing the aging Oberons, it was only possible if they could be replaced within the navy’s then existing budget. Based on that guidance, the lucky appearance of the Upholder subs on the market probably saved the Canadian submarine service from a lingering death.

The Upholders were designed as ultra-quiet conventional submarines meant to defend the so-called Greenland-Iceland-UK (GIUK) gap, through which Soviet SSNs and SSBNs would have to transit in order to attack Western resupply convoys or to manoeuvre into their firing positions respectively. With the end of the Cold War, and dealing with its own deficit issues, the British Ministry of Defence decided to invest all of its efforts in SSNs, and terminated the programme after just four had been built. The submarines were placed up for sale, but given that they were virtually the same submarine as the nuclear Trafalgar class which had sunk the Belgrano (and based on sensitive US technology), the MOD could not just sell them to any navy. From the very beginning, Canada was the preferred customer given its close relations with both the US and the UK, so much so that two successive US Secretaries of Defence lobbied Canadian politicians to step up to the altar and accept the subs.

However, submarines were politically unpopular within the Chretien government. The former foreign minister called them “un-Canadian” in nature, and Chretien himself dithered on the decision. Sensing that the window was about to slam shut, the navy lobbied hard for their acquisition in what was called the deal of a century – four slightly used subs for $750 million. The old supply vessel HMCS Provider would be paid off early and planned refits for the O-boats foregone.

But the navy had to live within the tight limits that had been established by that $750 million figure. As such, much of the spare parts the RN had warehoused for the submarines were not purchased, nor was some of the technical information concerning the engineering of the submarine’ systems acquired from VSEL (later BAE Systems). In addition, a series of technical problems were discovered in the submarines as they began to be reactivated by the Royal Navy. Many of these were fixed before the boats were delivered to Canada, but several expensive fixes remained after they were acquired. The heavy demands made on the navy at the beginning of the War on Terror in 2003, just as the submarines were arriving in Halifax, also limited the ability to move quickly in resolving these issues.

In many ways, the problems experienced by the subs represent an “own goal” on the part of the navy. The decisions that were made at the time in order to get the boat were to come back to haunt the navy years later. The failure to acquire sufficient spares or establish supplier relationships resulted in many of the significant delays in making the subs operational as the navy worked to create its own network of industrial relationships to manufacture the specialized equipment found on no other naval system. It is this fallout from the procurement process, rather than the frequent argument that the subs were poorly constructed, that is responsible for the delays and technical setbacks in the programme. Given the constraints under which the navy had to operate in the mid-1990s there really were no other alternatives if the service was to be preserved. Despite the problems that came with the boats, it really was the deal of the century!

That the navy was willing to rashly run such risks perversely shows the importance attached by the navy to preserving the service. Students of politics will be quick to point out that bureaucratic organizations seek to preserve both budget as well as mission, if not also increase them. However, the scale of the effort to protect the subs meant it had to be a navy-wide effort, rather than simply the selfish pursuit of interests by a small part of the service. Still, the desire by the RCN to protect its sub-surface capabilities escapes many Canadians, including those with backgrounds in military affairs. The requirement for submarines to defend Canada simply isn’t apparent.

Why then are they a necessity? The rationales for owning submarines will be explored in a subsequent post. Stay tuned.