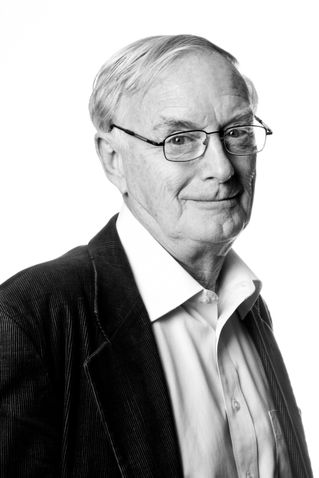 First Canadian Army, the Allies’ “Cinderella on the Left” was Eisenhower’s smallest army but in the fall of 1944 it was given the biggest and most important task, clearing the approaches to Antwerp, the largest port in Europe and the key to supplying Allied forces.

The 2015 Eaton Lecture will take place Nov. 9 at 7 p.m. in the Eaton Theatre at the Royal Ontario Museum in Toronto. View map and entrance location.

This year’s lecture will be delivered by Terry Copp, one of Canada’s foremost military historians and Professor Emeritus in the History Department of Wilfred Laurier University. Dr. Copp’s recent publications include Cinderella Army: The Canadians in Northwest Europe (UTP, 2006) and Fields of Fire: The Canadians in Normandy (UTP, 2003). Dr. Copp is also well-known for having authored No Price Too High: Canadians and the Second World War which led to the acclaimed television series No Price Too High where he was the lead military historian.

To reserve a seat for the Eaton Lecture, please contact Claire Geldart at [email protected] by Nov. 2, 2015.

Presented by UNB’s Gregg Centre for the Study of War and Society, the Eaton Lectures focus on military history and stewardship. They are made possible by the generous support of UNB alumnus and former Chancellor Fredrik S. Eaton and the Catherine and Fredrik Eaton Charitable Foundation. The Eaton Lectures are also supported by John K. F. Irving.