29 September – Legends of Laurier Public Lecture, “1812: A Guide to the War and its Legacy,” by Terry Copp 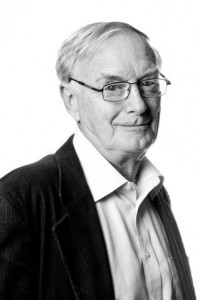 * Note that lunch will be provided at the Centre (232 King St.N, Waterloo) following Terry’s Lecture. All are invited! *

When the United States invaded Canada during the War of 1812, they believed Canadians would welcome liberation from the British Empire. What the Americans thought would be “easy pickings” turned into a two-year battle on land and sea that resulted in the burning of Washington and a withdrawal of all American forces from Canadian soil.

Join us for our Third Annual “Legends of Laurier Lecture” as Professor Emeritus Terry Copp presents an exciting multi-media discussion of this famous clash of power between Britain, the United States, First Nations and Canada’s civilian soldiers.

Professor Emeritus Terry Copp is a charismatic speaker and one of Canada’s foremost historians. He is also the founder and volunteer director of the Laurier Centre for Military Strategic and Disarmament Studies, which is in its 21st year as a major academic centre on Canadian military history.

The Oxford Companion to Canadian Military History (2011) describes Terry as “the leading scholar of Canada’s military role in World War II and an influential advocate for military history in both military and civilian post-secondary education.” His revisionist approach to Canadian military history has extended into study of the British army in the Second World War and into combat exhaustion within the Commonwealth. Terry also authored No Price Too High: Canadians and the Second World War, which lead to the acclaimed television series No Price Too High, and his role as the senior historian on the project.

Where: Senate and Board Chamber, Wilfrid Laurier Univeristy [directions]

Cost: Free, but you must register.  Click here to register.