The first landing on the moon in 1969 came at a pivotal moment in global history. The United States and the Soviet Union were locked in the stalemate of the Cold War and were trying desperately to show strength and earn influence in a rapidly changing world. Competition in space became a new frontier in the Cold War as each superpower wielded new technology and ingenuity in a race to reach the moon. The stakes could not have been higher.

Since the first steps of Neil Armstrong on the moon’s surface, Americans have had an insatiable curiosity about the space race. The moon landings and the space race have been studied exhaustively, proving to be excellent fodder for biographers, photography enthusiasts, and conspiracy theorists alike. Historians have also been eager to explore the impact the space age has had on technology, culture, politics, globalism, transportation and other aspects of our society.

While the American entry into the space age has been praised, Canadian achievements have remained relatively unexamined. Even broader studies examining Canada’s technological and scientific advancements during the Cold War remain scarce. The result is a country that recognizes that it has moved into the information age, but with little clue as to how it got there in the first place.

Andrew B. Godefroy’s latest book Defence & Discovery: Canada’s Military Space Program, 1945-74 seeks to restore Canada’s place within the 20th Century’s space age. Godefroy’s study traces the rise and fall of the Canadian military space program, a journey that brought the country to the forefront of space technology. The period also pitted Canada’s brightest scientific and military minds against each other as each attempted to set their own direction for Canada’s future in space.

This book comes at a time when many early Cold War records are being opened for the first time. These records reveal unique discoveries about the role of Canada’s scientists in classified missile launch and tracking projects. Godefroy also drew on his ties as the historian for the Canadian Space Agency, the civilian agency formed in 1989 as a successor to Canada’s previous military-oriented space program. Godefroy’s well-researched book marks an impressive first foray into an exciting new area of Canada’s Cold War history. 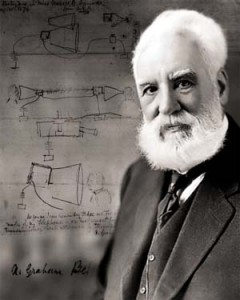 The book begins by examining the origins of Canada’s interest in space research. Alexander Graham Bell and other Canadian scientists were early pioneers in communications technology. These scientists laid the ground work for late 19th Century studies of the ionosphere to improve long-range radio communications. This work carried through the Second World War when Canadian scientists came into the defence research fold to improve transatlantic and ship communications. Rocketry advancements soon followed, allowing for new opportunities to conduct experiments at ever greater heights.

The book weaves together many of the key narratives of 20th Century Canadian history to explain the legacy of the early space age. Canada-U.S. defence cooperation features heavily in the book. Leading Canadian scientists worked closely with Americans to launch rockets and test short and long-range missiles out of Fort Churchill, Manitoba in the early 1950s. When the Soviet Union launched the world’s first artificial satellite in 1957, Canada-U.S. rocketry cooperation was already commonplace and mutually beneficial.

The book also identifies how much effort the Canadian Government expended to use the space age to fuel industrial growth. Godefroy found that Canada was eager to harness the technological advancements being made and hoped to kick-start the aerospace industry by partnering with a private firm to build small rockets domestically. The plan was not a huge commercial success but the program resulted in the development of Black Brant sounding (research) rockets which continue to be commonly used today.

The space race and nuclear weapons technology are inherently linked. The author argues that the superpowers could justify significant expenditures in their space programs because many of their rockets could perform the dual purpose of either launching civilian payloads or warheads as inter-continental ballistic missiles (ICBMs). For a small country like Canada, the costs were prohibitive to spend funds on rocket design solely for civilian purposes. As a result, Canada began working more closely with the United States rather than developing launch vehicles separately. 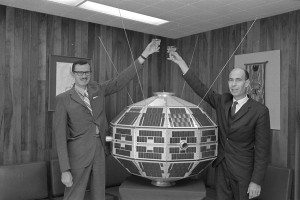 Canada’s military space program reached its pinnacle with the launch of the Alouette I satellite in 1962. This satellite was arguably Canada’s greatest postwar technological achievement, and yet it remains little known to the Canadian public. Godefroy describes how the technological marvel utilized cutting edge technology and made Canada the third country to orbit a satellite.

Satellites quickly took over as the main focus of the Canadian defence scientists, and their production soon began to eclipse the pursuit of other research projects. Some ambitious Canadian scientists were even developing plans to use satellites to explore the Moon and Mars.

The demise of the Canadian military space program was just as quick as its dramatic rise. The satellite program became a victim of its own success as the Defence Research Board neglected other projects in favour of “pure science” satellites. The costly satellite projects also had an impact on the traditional branches of the Canadian military at a time when they were engaged in a battle over the unification of the Canadian Forces. Diverting money from each of these branches to pay for non-applicable research was simply not a priority.  By the time the Canadian government chose to focus primarily on civilian communication satellites in 1974, Canada’s space capabilities were a shadow of their former self.

Godefroy’s examination of Canada’s military space program is a useful source for Canadian military historians. The book provides a fresh perspective on the early Cold War period and argues that Canada was a technological leader that contributed to the rocketry and satellite knowledge base of the NATO allies. The book also provides new insights on the nuclear policy debate and the 1960s-era Canadian Forces unification battles. The Canadian military space program loomed large in the consciousness of Canadian defence planners through this period since no one knew whether the next threat would come from space.

The author’s message also has relevance to policy debates today. His analysis takes direct aim at the commonly-held view that Canada never supported the militarization of space. Instead, he argues that, “Like its adversaries and its allies, Canada planned, organized and directed its early rocket and space development largely in support of its Cold War security apparatus.” (p. 122-23) Canadian work on missile tracking and co-orbital satellite interception (COSINE) technology was proof positive of Canada’s pursuit of military goals in space.

Less convincing is his criticism of Canadian governments for failing to develop a national space and science policy. Godefroy argues that national science advisors or an agency similar to NASA could have advocated for space research as a worthwhile pursuit. Given the era of fiscal constraint and amalgamations in the 1960s, it is unlikely that more funding would have been diverted to a program with increasingly little applicable impact on traditional military activities.

As new archival material becomes available it is hoped that Canada’s Cold War technological and military accomplishments will receive greater recognition. This book is worthwhile for anyone seeking more information on Canada-U.S relations, aerospace history, or the Cold War in general. It also offers an opportunity to better understand the relationship between military and scientific research development and its value contributions to Canadian society.