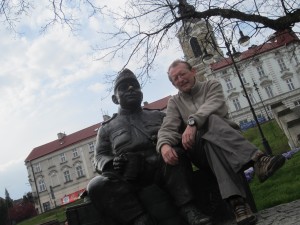 Alexander Statiev teaches Russian and East European history. He has published a book on Soviet counterinsurgency, and also articles on pro- and anti-Soviet resistance during World War II, blocking and penal units in the Red Army, Soviet deportations, Russian war memory and the Romanian armed forces. He is currently working on a book on the battle in the high Caucasus in 1942. His next book project targets Soviet adventure tourism.