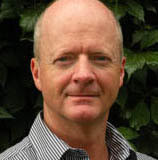 Associate professor of Political Science at Wilfrid Laurier University. Research focuses on transitional justice in war-to-peace transitions and post-conflict peace building, with fieldwork in Afghanistan, Cambodia, Kosovo, and northern Uganda.  A Board member of the Canadian Landmines Foundation, he holds a PhD in Political Science from Queen’s University. He was the John M. Olin Doctoral Fellow in Economics and National Security at the Olin Institute, Centre for International Affairs, Harvard University in 1992-93.

“Addressing “so what?” Sovereignty and humanitarian intervention in a post-American world”, in Sean Clark and Sabrina Hoque (eds.) Debating a Post-American World: What lies ahead? (London: Routledge, 2012), 248-254.