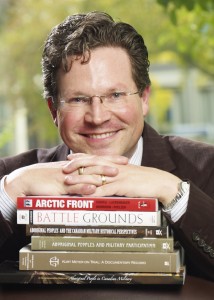 P. Whitney Lackenbauer is a professor of history and co-director of the Centre for Foreign Policy and Federalism at St. Jerome’s University in the University of Waterloo, Ontario, and Honorary Lieutenant-Colonel of 1st Canadian Ranger Patrol Group based in Yellowknife. His current research includes histories of Arctic sovereignty and security policies and practices since the Second World War, Aboriginal-state relations, and contemporary circumpolar affairs.