The purpose of 8th Army’s December offensive was to force the enemy to withdraw beyond the Pescara-Rome highway so that a right hook could be directed at Rome to assist U.S. 5th Army. On 11 December Montgomery still believed that 8th Army could reach Pescara. For Operation “Semblance,” which was to begin when the Ortona-Orsogna road was secure, Montgomery added 5th British Division which was to join the New Zealanders in the battle for Orsogna. The Canadians and 8th Indian Division under 5th British Corpswere to advance north through Ortona. 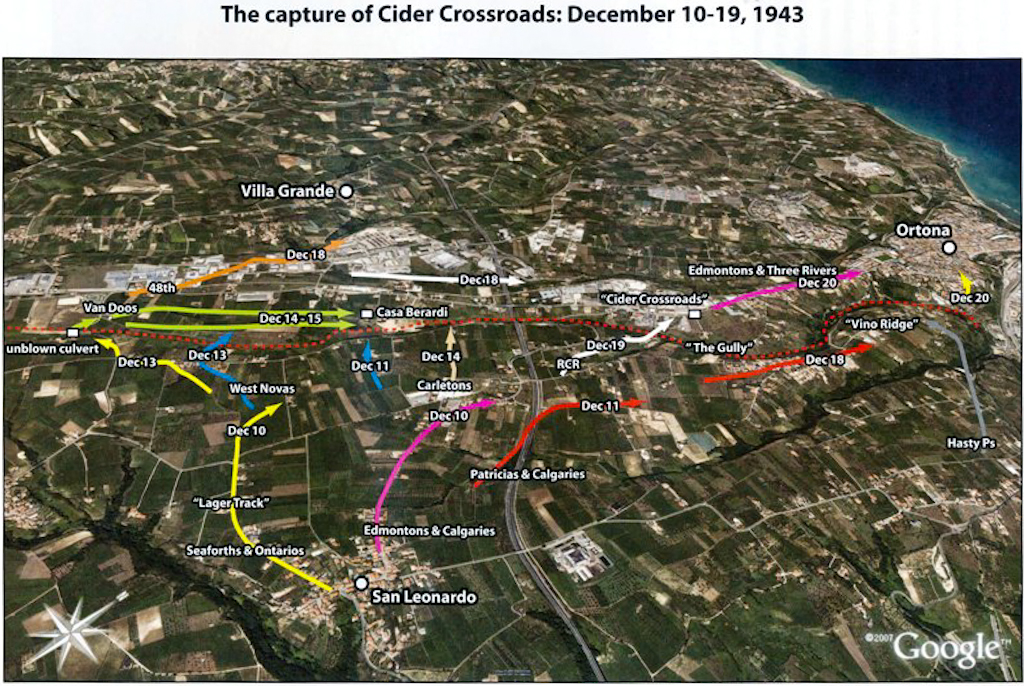 Ortona itself was not the objective. Highway 16, the main north-south road, passed through Ortona and was the only route capable of sustaining an advance to Pescara. It is not easy to understand Montgomery’s commitment to the capture of Orsogna as the road north from the town was likely to be impassible in winter.