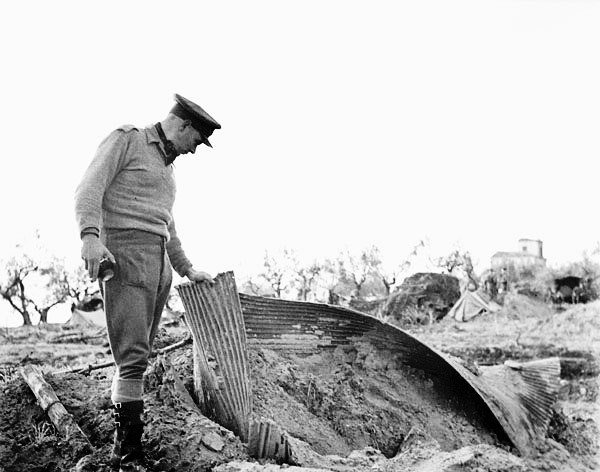 From the Canadian perspective the attempt to cross the Gully and seize the “Cider” crossroads were a series of costly failures that led everyone to question the value of repeated battalion-level attacks on a determined enemy holding exceptionally strong defensive positions. Each battalion committed to action believed it was carrying the whole burden of the attack even when three or more battalions were in action at the same time. Viewed from the German side, the continuous combat of the period 10-13 December had cost 90th Division several hundred prisoners and many more killed and wounded. Both sides were locked in a desperate attritional struggle.

Everywhere along the divisional front the enemy fought with that remarkable tenacity which he had displayed a few days before on the banks of the Moro; this moral efactor, combined with his knowledgeable exploitation of the lateral gully as a tactical feature, made 90 Gren (Mot) Div a formidable adversary. His hastily prepared positions, from which he would emerge to deliver sharp counter-attacks, were almost immune to shell-fire. but these bold sorties were costly and always he was forced to seek cover on the sheltered reverse slope. If the deep gully was favourable as a screen from which counter-attacks could be launched, it was more adaptable as an immense trench against frontal assault; when the assailants moved over the crest, their supporting artillery fire would, as safety demanded, move forward, leaving the defenders in the gully free to operate machine-guns and small arms

In the quagmire which the forward area of 1 Cdn Inf Div had become, great difficulties faced the tank crews; much of the armour was completely in the grip of the soft clay. With the mud and splintered olive trees the plateau between the Moro and the lateral road was this time a battlefield with sombre attributes which recalled, to some few veterans who had come to war a second time, other dismal scenes. But to practically all, battle on such a scale was a new experience, placing in more sober perspective the actions of the previous five months; General Vokes termed them a “nursery tale” in comparison.  – Captain A.J. Porter, “Report No. 165 Historical Section Canadian Military headquarters: Operations of 1 Cdn Inf Div and 1 Cdn Armd Bde in Italy, 25 Nov. 43 – 4 Jan 44,” pg 129-132.

The first sign of a break came on the evening of 13 December when a combat team from the Seaforths and Ontario Tanks reported that they were astride the Ortona-Orsagna road. but lacked the strength to attack “Cider” . The one remaining fresh Canadian battalion, the Royal 22e Regiment, was ordered to take over the position attacking east towards “Cider” and Casa Berardi.