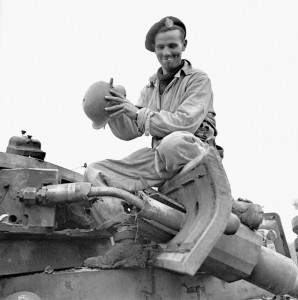 The Royal Canadian Regiment had been reduced to a stregnth of 159 riflemen and 19 officers. Despite this, Lieutenant-Colonel Dan Spry was determined to continue the advance because he believed that battalion morale would suffer if they failed to gain their objective. Fortunately the composite RCR company with tank and artillery support cleared “Cider” with just three additional casualties. The enemy was now withdrawing from the “Gully”, a position that had cost both armies hundreds of casualties.