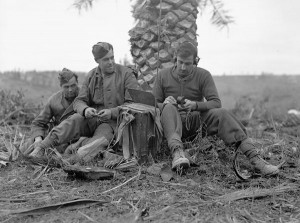 “The Loyal Edmonton Regiment and “C” Company of the Seaforth of Canada advanced into the South and South-east extremities of the town, the Edmontons advanced forward, and “C” Company to the area of the Church. The fighting was still stiff, but good progress was made and it appeared that the town might be cleared by night. However, the enemy Paratroopers soon showed their intention of holding what they had, when they were pushed back into the centre and heart of the town. There, the buildings were packed together and the streets were narrow, allowing the Germans to demolish the houses and by doing so, the streets were completely blocked.

It was decided that the Seaforths of Canada would detach another company to the Loyal Edmonton Regiment’s command to relieve one of their own companies from the job of left flank protection, thus allowing their unit a committal of more strength for the task of house clearing.

‘B’ Company was told off for this task and set out at 1300 hrs, however, the Brigade Commander decided to employ a maximum effort to the task, and ordered the entire Battalion to assist the Loyal Edmonton Regiment.”

See some photographs from 21 December, avaliable online through Library and Archives Canada: 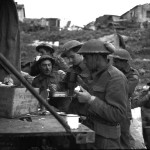 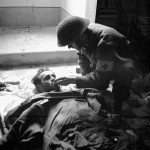 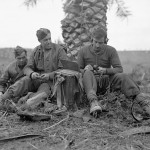 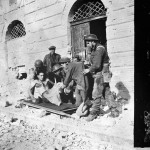 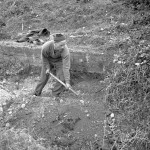 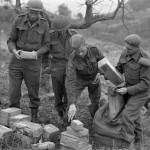