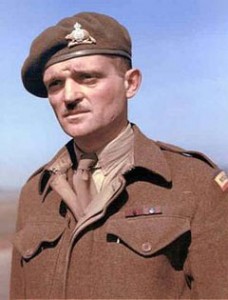 Captain Paul Triquet and his small force from the Van Doos face a desperate situation. Triquet declares: “There are enemy in front of us, behind us, and on our flanks… There is only one safe place – that’s on the objective.” The large house known as Casa Berardi sits on flat ground surrounded by a “wasteland of tress with split limbs, burnt out vehicles, dead animals and cracked shells of houses.”

Organizing the defences, Triquet issues the dramatic order “Ils ne passeront pas.” The battle for the Casa is uncertain until reinforcements from ‘B’ Coy Van Doos and a troop of Ontario Tanks join the defenders. After dark the battalion’s reserve companies arrive cross the now empty section of the “Gully” west of the Cider crossroads.

At headquarters 76 Panzer Corps the situation is seen as desperate. The Canadians will try and exploit their breakthrough unless “reserves arrive tomorrow…. only a delaying action is possible.”