Don’t Give Up the Shift: A Call for the Continuing Evolution of 1812 Studies by James Tyler Robertson

“And some things that should not have been forgotten were lost. History became legend. Legend became myth.” ~Galadriel from The Lord of the Rings

I have been adventuring throughout the bicentennial of the War of 1812 for two years now. Recently I was at the American Naval Academy for the “From Enemies to Allies” conference and I was pleased to detect a growing development in some of the areas under study.[1] Within such events and conferences a small but escalating number of scholars are examining not just the “who’s” and “what’s” and “where’s” of the war but also the “why’s”. While excellent research has been provided on naval impressments, trade embargoes, national honour, and pre-war conflicts in a number of monographs and articles, another element of such discussions continues to develop. Scholars interested in the ideological notions behind the contest are finding valuable and relatively underdeveloped areas of research that not only can add deeper dimensions to 1812 studies but also utilize the war as a teaching tool for current national conflicts and concerns. 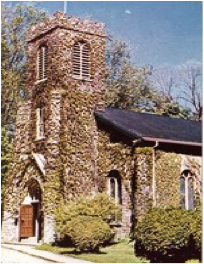 For example, I am a religious historian, and while that might seem like an odd pairing with the War of 1812, the discourse of many of the people involved framed the struggle in religious terms. England and America both believed that they had a Divine mandate that made their respective nations great and, as such, the war was in many respects a religious war. I am not alone. Indeed, a collection of social, economic, cultural, and other historians are also bringing their own disciplines into conversation in order to gain a fuller understanding of this conflict.

Craig Bruce Smith made the compelling argument that the duels present during, or as a result of, the War of 1812 were private attempts to achieve personal honour within the context of a larger understanding of national honour.[2] “There is no peace without honor,” Smith notes, and we can see how issues of perceived injustices or assaults on national honour could give powerful personal incentives in the realms of politics and national discourse. The term national honour, while ambiguous, also speaks powerfully to “conceptions of individual and collective responsibility.” Such an argument possesses added relevance if Clausewitz’s maxim that war is “nothing but a duel on an extensive scale” is to be believed. A desire to placate perceived personal injustices within the context of national honour has profound applications to the overwhelming present-day desire for retribution on a global scale for injustices, be they 9/11 or the current economic crisis, because they impact each and every citizen of the land. Abby Mullen added to that discussion with her work detailing how some military leaders cheated others out of opportunities due to self-interest and personal desires for glory in such ways that continued to “mix honor with deception” and remind the careful reader that glory is often in the eye of the beholder, and the spin doctor.[3] 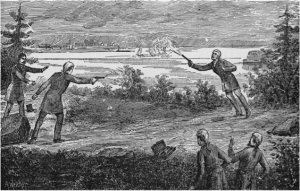 Andrew Fagal’s paper on the ethical demands the advancement of torpedoes brought to bear on the American naval operations carry similar weight as we debate the ethics of cyber warfare, unmanned drones, and the ongoing debates surrounding nuclear and total warfare.[4] In addition to that, government contracts offered to citizens to build the aforementioned nautical weapons, “offered Republicans an ideologically sound method of warfare, as their cost would not burden the federal government with a large naval establishment and the requisite taxes,” a statement that allows 1812 to speak into the ongoing debate around the ethics related to the use of private military contractors (like Blackwater) in international conflicts.

Likewise, John L. Dwiggins’ research into post-war peace movements can influence our current political culture in which the benefits of continued military funding in an ever-changing and threatening world are weighed against the pressing needs of a troubled economy.[5] On the nature of democratic accountability, Dwiggins writes: “The emergence of the post-war peace movement signified the increasing identification of the nation’s democratic identity with a sharply defined moral obligation to avoid or even prevent future wars. At the same time, militarists asserted that constant preparation for war in order to vigorously defend liberty from future attacks was a moral imperative of its own.” It is not hard to see how such an argument has bearing on the current climate of increased internal criticism of American national policies, especially in the wake of the second Iraq war, and the growing concern within Canada that the stories of 1812 are being co-opted by the present government to advance a Conservative, and surprisingly militaristic, agenda.

This is not to say that these examples argue that only the War of 1812 can make such relevant claims, but that the war could be a wise teacher if consulted about some of the issues with which we are currently wrestling. Added to such topics could be explorations on how the post-war economic crises of both England and America were ultimately remedied. Viewing the Native struggles in the Western Frontier as a “war on terror” and the misguided notions Hull and Madison had about being viewed as the liberators of Upper Canada can offer sobering correctives to current policies and rhetoric. Each of these could provide exciting research and assistance in the current climate because they are both distant enough so as to avoid being inflammatory while also being familiar enough so as not to create too many interpretive concerns.

To return to my personal niche, we live in an age where religion has returned as a powerful motivator in international conflicts and North Americans are awaking to the fact that religious wars are not a tragedy of a bygone and less informed era. Knowing the ideas, be they secular or religious, which exist behind imagined national communities, religious organizations, or political groups have tremendous importance now, just as they did then. With such awareness in place, the War of 1812 and all the emphasis the combatants placed on honour, justice, ethical considerations, and nationalism can grant the struggle a timelessness that it rightfully deserves in this part of the world. If America and England—two nations with so much history and culture in common—were unable to diplomatically assuage their differences in the unstable world of the nineteenth century, can we not learn from that as we venture into the equally unsure days of the twenty-first? If we can take from them such lessons, then these fading days of the bicentennial might just be reinvigorated by a whole new generation that desires peace in the days ahead by learning from those that have come before.

[2] Smith, Craig Bruce. “No Peace Without Honor: The Chesapeake-Leopard Affair, the Struggle between National and Personal Honor, and the Coming of the War of 1812.” Paper Presented at the From Enemies to Allies Conference. Annapolis, MD., June 2013. For more of Craig Smith’s work see www.craigbrucesmith.com/

[3] Mullen, Abby. “Dishonesty and Deception: Honorable Action in the Naval War of 1812.” Paper Presented at the From Enemies to Allies Conference. Annapolis, MD., June 2013. For more on Abby Mullen see www.abbymullen.org/

[4] Fagal, Andrew. “An Act of Such Horrid Cruelty:” Advanced Naval Technology and Public Mobilization in the War of 1812.”  Paper Presented at the From Enemies to Allies Conference. Annapolis, MD., June 2013.

[5] Dwiggins, John L. “Shall the Sword Devour Forever?”: National Morality and National Destiny After the War of 1812.” Paper Presented at the From Enemies to Allies Conference. Annapolis, MD., June 2013.