‘ Before us stands yesterday ’
– Ted Hughes

Intriguingly, Regeneration, a novel about the horrors of WWI, is set entirely in Britain. Most of the story, drawn from the experiences of British officers and the army psychiatrists treating them for shell-shock, takes place in Craiglockhart War Hospital in Edinburgh.

Barker uses shifting points-of-view and ambivalent characters to reassess traditional dichotomies of WWI: the front and the homefront, cowardice and bravery, adventure and tedium, sympathy and isolation, masculinity and manliness, savagery and pity, class and hierarchy, honour and shame, resistance and duty. Most of all, the novel explores the psychological aftermath of war, the individual and collective trauma left in its wake. Which is why, writing in 1991, Barker decided to set her novel in 1917. WWI, she argues, has come to stand in for the pain of all wars.

Dr. Rivers lives and works among the victims of the front. The wounds of war are not always expressly physical. His patients suffer from debilitating nightmares, phantom paralysis, sudden muteness, and various hysterias, hallucinations, and phobias. ‘Shell-shock,’ the condition is being called. His job is to ‘cure’ them so they can return to battle. Whether or not such an aim is objectionable, is it even possible? Rivers proceeds with limited success, listening to his patients, and urging them to confront their demons. 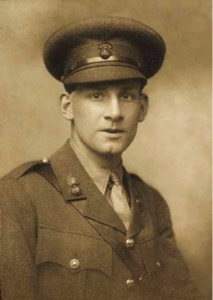 Siegfried Sassoon arrives at the hospital in fighting condition. He has no fears to face or secrets to unburden. Sassoon is there because he has written a highly charged anti-war ‘Declaration,’ which he handed to his commanding officer. Although Sassoon appears to yearn for court-martial – his also threw his Military Cross into the River Mersey – his friend and fellow officer Robert Graves has persuaded the medical board (behind Sassoon’s back) to instead admit him to Craiglockhart.

Rivers is wary of Sassoon, a famous poet and decorated officer, with objector leanings and pacifist associations. But the two men soon develop a father-son relationship, both harbouring their own moral dilemmas. Rivers is careful to take his time, not to force Sassoon or any of his patients: ‘Cut a chrysalis open, and you will find a rotting caterpillar’ (184). He has no wish to shelter objectors, and while he firmly believes it is a soldiers’ duty to return to the war, new questions arise to muddy these clear waters:

‘For the first time, Burns had been able to put the decomposing corpse into some kind of perspective. True, he hadn’t managed to talk about it, but at least it hadn’t prevented him, as it so often had in the past, from talking about other, more bearable aspects of his war experience. Yet, at the same time, Rivers’s own sense of the horror of the event seemed actually to have increased. It was different in kind from other such experiences, he thought, if only because of the complete disintegration of personality it had produced’ (183-4). 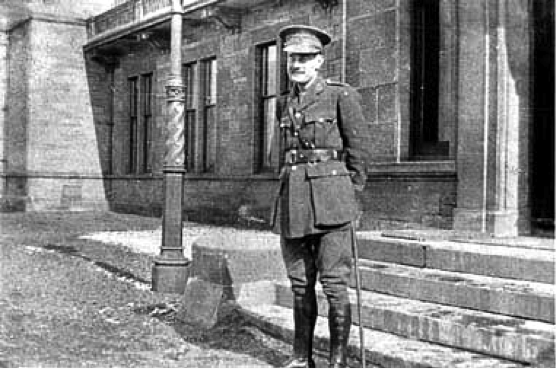 W.H. Rivers outside of Craiglockhart.

While visiting a London hospital, Rivers meets Dr. Yealland, who viciously applies electro-shock therapy to force his patients to recover. Rivers remains convinced of his own gentle methods – his patients face up to their experiences in France through discussion and visualization – but changes do occur in his thinking. Is the end result the same? What is he restoring these men to?

The soldiers seem unsure themselves. Many suffer anxiety about meeting non-combatants’ expectations, and at times there is a limited sympathy and mutual hostility between them. The soldier’s own expectations can also cause problems. For Billy Prior (the only patient in the officer-only hospital from a working-class background – and, tellingly, one of the few fictitious characters), being deemed unfit for combat fills him with self-loathing.

‘He remembered the feel of No Man’s Land, the vast, unimaginable space. By day, seen through a periscope, the immensity shrank to a small, pock-marked stretch of ground, snarled with wire. You never got used to the discrepancy. Part of its power to compel the imagination lay precisely in that. It was the difference between seeing a mouth ulcer and probing it with your tongue. He told himself he was never going back, he was free, but the word ‘free’ rang hollow’ (214).

Prior worries about being an outcast, despite his lowly position in the army hierarchy. He is defensive in his responses to questions of snobbery in the trenches: ‘The only thing that really makes me angry is when people at home say there are no class distinctions at the front. Ball-ocks. What you wear, what you eat. Where you sleep. What you carry. The men are pack animals’ (67). 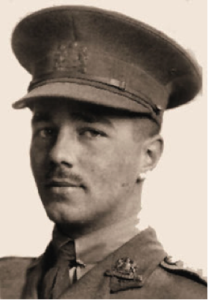 The next patient to arrive is another poet, Wilfred Owen. The young Owen is hesitant to show his work to the celebrated Sassoon, but soon the two men are collaborating on Owen’s ‘Anthem For Doomed Youth,’ trying to get the opening lines to their final state: ‘What passing-bells for these who die as cattle?/ Only the monstrous anger of the guns.’

‘“I suppose what you’ve got to decide is who are the ‘these’? The British dead? Because if they’re British, then our guns is…”
Owen shook his head. “All the dead.”’ (142)

Owen’s compassion does not affect Sassoon’s decision to return to the front. In this, Rivers has proved successful. Sassoon is returning because he has given his word to fight – a principled stance rendered slightly absurd by his debates with Graves, his discussions with Rivers, and the tent of war amputees hidden at the back of the hospital. The novel concludes without telling what we already know: both Sassoon and Owen return to the front. Sassoon lives out the war; Owen does not.

Barker claims that WWI stands in for all wars, and in this opinion she is not alone. As we have seen, Keith Douglas, in 1943, agreed: ‘Hell cannot be let loose twice: it was let loose in the Great War and it is the same old hell now. The hardships, pain and boredom, the behaviour of the living and the appearance of the dead, were so accurately described by the poets of the Great War that every day on the battlefields of the western desert – and no doubt on the Russian battlefields as well – their poems are illustrated.’ War is war. 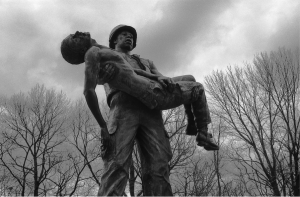 And what if George Santayana is right, and ‘Only the dead have seen the end of war’? One response, as we have seen, is to examine the causes and continually reassess them; to trace the human universalities, the fear, the hope, the struggle in the face of death, and see where they lead; to explore our own appetite for violence; to empathize with the fighters on both sides, and with the communities and families affected by conflict; to place ourselves there, among the mud and the death, and open our eyes; to remember, even when it is inconvenient or contrary or distressing, the glory and the pity of war. To always ask questions, and to write down the answers.

I am making this statement as an act of willful defiance of military authority, because I believe that the War is being deliberately prolonged by those who have the power to end it.
I am a soldier, convinced that I am acting on behalf of soldiers. I believe that this War, on which I entered as a war of defence and liberation, has now become a war of aggression and conquest.
I believe that the purpose for which I and my fellow soldiers entered upon this war should have been so clearly stated as to have made it impossible to change them, and that, had this been done, the objects which actuated us would now be attainable by negotiation.
I have seen and endured the sufferings of the troops, and I can no longer be a party to prolong these sufferings for ends which I believe to be evil and unjust. I am not protesting against the conduct of the war, but against the political errors and insincerities for which the fighting men are being sacrificed.
On behalf of those who are suffering now I make this protest against the deception which is being practised on them; also I believe that I may help to destroy the callous complacency with which the majority of those at home regard the contrivance of agonies which they do not, and which they have not sufficient imagination to realize.

All images courtesy of WikiCommons.