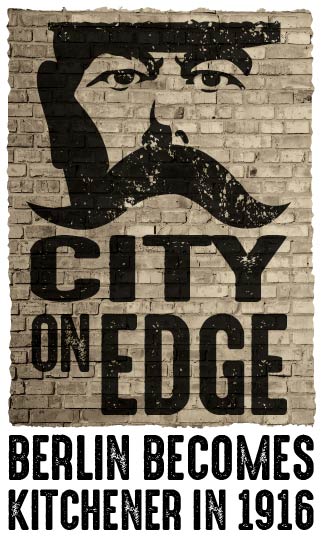 Learn how a city was pushed to the edge during the First World War – to the point of changing its name from Berlin to Kitchener through a controversial and high tension referendum. This year is the 100th Anniversary of that name change.

An exclusive and complimentary viewing for museum members, volunteers and supporters.

Please RSVP to [email protected] no later than June 20.

City On Edge is on exhibit from June 24 to December 31 at the Waterloo Region Museum located at 10 Huron Road in Kitchener, Ontario.

For more information regarding the City On Edge exhibit visit www.waterlooregionmuseum.com or call 519-784-1914.