Friday Roundup: News, Archives, and Useful Links on the Study of War and Society – August 3rd 2012

The Friday Roundup is a weekly feature that offers a look at news, archive, and worthwhile links around the web on the study of War and Society. 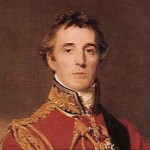 The International Napoleonic Society is dedicated to the study of the Napoleonic era in Europe. The site does not provide so much in primary resources but does provide an outstanding collection of journal articles, links to other good sites, as well as book reviews. The  site also provides the transcripts of lectures which always provides a nice short read and proposing great questions for historians to challenge and answer. If you are looking to discover where today’s discussion on the Napoleonic wars and society is heading than this is the perfect website for you. 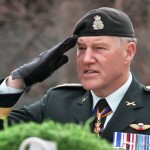 The search for Canada’s next top General is on! This article from the Toronto Star highlights the challenges that current top General, Walter Natynczyk, has faced over his tenure and the future challenges that will face his successor. A short-list of successors is also discussed. Whoever gets chosen for the job will need to clean up the numerous spending debacles that have plagued Canada’s military over the past decade such as the Navy’s continued expenditures on repairing the submarines bought from the United Kingdom as well as the Air Force’s mess over the new F-35 fighters. 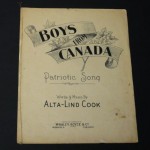 When covering the Great War much of the focus is placed on the hellish environment and the horrors of industrial warfare. Soldiers escaped the hell of Flanders Fields through jokes, gambling, and most often through singing. Military music is its own unique genre and reveals a lot about the lives the soldiers and how they escaped the terrible situation thousands found themselves in. Songs also made long marches a lot easier and built camaraderie among the men.  This site highlights the songs that were popular among the Canadian corps and also includes the lyrics and recordings for those who might want to give it a try.