Friday Roundup: News, Archives, and Useful Links on the Study of War and Society – November 16th 2012

The Friday Roundup is a weekly feature that offers a look at news, archive, and worthwhile links around the web on the study of War and Society. This week’s documentary looks into the founding of the Israeli state. With Israel in the news once more for violent clashes with Palestinians and Syrians, it may be helpful for those interested in following the developments occurring in the Middle-East to find out why these tensions are there in the first place.

Center for Strategic and International Studies 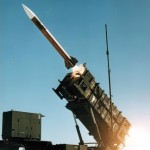 For news, blogs, articles, and conference updates on current security issues,  “CSIS” (not the Canadian spy agency) is definitely worth your while. The views in the articles are interesting and the subject matter is relevant to current security issues that are facing not only North America but the rest of the globe as well. The best feature of this site is the email notification setup. If you are interested in getting new articles, conferences, and blog updates; you are able to select the type of theme you would like to read about and from what region of the globe you are most interested in. Definitely worth a look. 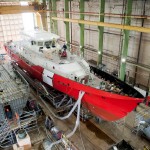 The Canadian Coast Guard is getting some new toys with a historical theme to them. The newest ship, which could also be armed, is to be named after First World War Victoria Cross winner, Cpl. Joseph Kaeble. The new Hero-class ships — 9 in total — will all be named after Canadians who were killed during the Afghan mission, served in the First World War, served with the Coast Guard and the RCMP, and a former fisheries officer. One may wonder why Second World War and Korean War veteran names were excluded but the commemoration of veterans of both military and law enforcement raises some interesting questions  about war and memory. Traditionally navy and coast guard ships have been named after Canadian cities, what is the meaning behind the change and more importantly what is the purpose? 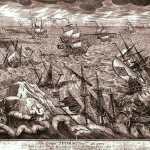 Hurricane Sandy continues to be in news headlines as the clean-up moves forward and the impact of the storm continues to be reassessed. This interesting article looks at a super-storm that hit over 300 years ago and its impact during the War of Spanish Succession. It is fascinating to look back and see how people reacted to a super-storm centuries before Sandy and without the resources we have today to cope with the disaster.