Friday Roundup: News, Archives, and Useful Links on the Study of War and Society – November 30th 2012

The Friday Roundup is a weekly feature that offers a look at news, archive, and worthwhile links around the web on the study of War and Society. This week’s documentary, The Empire in Africa, looks into the civil war that ravaged Sierra Leone for 15 years. While  recent discussion of the conflict has focused largely on the export of blood diamonds, this documentary takes a more balanced look at the entire conflict. A warning to viewers: there are some disturbing scenes and viewer discretion is advised. African conflicts have been some of the most brutal in the latter half of the 20th century and into the 21st century. The more we attempt to understand the nature of these conflicts, the more prepared we will be to bring solutions to the table that will prevent them from occurring in the future. 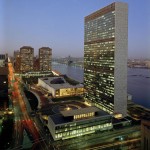 One of the best places to find primary sources on modern conflicts can be found within the United Nations Archives. The United Nations has been involved with nearly every conflict that has occurred since its creation and has an impressive archive in both hard copy (if you are looking for a trip) and even a reasonable digital archive. Obviously the most valuable material focuses on United Nations missions, but why else would you be looking within the UN archive? If you are looking for an opinion from the international community’s governing body on a particular conflict or any specific information on UN activities, then this site is definitely worth checking out. 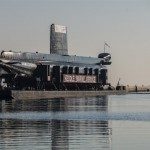 The HMCS Ojibwa has arrived at its new home in Port Burwell, Ontario. The retired submarine will become part of the military museum and will be a land-based exhibit for those interested in learning about life on a submarine during the Cold War.

An interesting article which looks into the modern make-up of navies and what really matters. This debate was brought up during the 2012 American Presidential Campaign when Mitt Romney promised to boost the size of the U.S. Navy, drawing the now famous “horses and bayonets” response from President Obama. Although the article focuses on the U.S. Navy, the applications also apply to Canada’s navy. How big should our fleet be? What are the capabilities that we wish the fleet to have? These are questions that need to be asked in order to better understand the role of any navy and procurement in the 21st century.

Documentary of the Week