A Plague of Diseased Soldiers 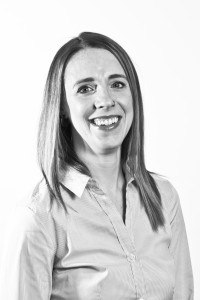 Venereal disease became a problem for the Canadian Expeditionary Force soon after they arrived in England. While VD was initially treated as a moral problem, the military was forced to treat it as a medical problem when the punitive policies aimed at controlling sexual behaviours failed to address the problem. To combat the disease, the C.E.F. implement a VD management system that focused on prevention and treatment. This paper will explore the evolution this system by examining the creation Etchinghill VD hospital, the controversy over 606 treatments and the debate surrounding demobilization.

Lyndsay Rosenthal completed her BA through Athabasca University in partnership with Mount Royal University and her MA at Memorial University where she examined the experiences of shell-shocked veterans in the interwar period. Since September 2014 she has been pursuing her PhD under the supervision of Dr. Mark Humphries at Wilfrid Laurier University. Her current research on sexuality in the Canadian Expeditionary Force during the First World War is supported by the Social Sciences and Humanities Research Council of Canada (SSHRC).

The Guelph Civic Museum is located at 52 Norfolk Street