What the First World War Taught Us

A Lecture by Gwynne Dyer 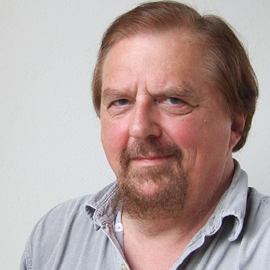 Dyer wrote Canada in the Great Power Game, 1914-2014 to coincide with the centenary of the outbreak of the First World War. Canadians joined the war at an unfortunate time, and paid a high price – 60,000 Canadians died, out of a population that was one quarter of what it is now.

Dyer’s talk at Laurier Brantford is part of a lecture series dedicated to the commemoration of the First World War and the more than 5,000 men and women who served from Brantford, Brant County and Six Nations. The Great War Centenary Association (GWCA), along with Laurier History professor Peter Farrugia and alumnus Evan Habkirk, will host seven lectures between February 24 and April 7. Speakers include Laurier professor emeritus and Canadian military historian Terry Copp.

The lectures are free and open to the public.

Canadians commemorate the outbreak of the First World War this year (2014): after two centuries of small wars in North America, we finally got to play in the big leagues. We joined the game at an unfortunate time, and we paid a high price: 65,000 dead, out of a population one-quarter of what it is now.

The First World War was a horrifying surprise for the young Canadians who stumbled into it and the people at home who sent them. The lethal new weapons, the huge casualties, and the ghastly nature of trench warfare made it the worst war there had ever been.

Twenty years later, the Second World War killed four times as many people as the First. But what made the these two wars so destructive was just a rise in national wealth and a sudden leap in the efficiency of the technologies of killing. The style of international politics that drove them had scarcely changed since the 18th century.

Canada volunteered for these great Eurasian wars when all the other countries of the Americas, including the United States, tried very hard to stay out. Paradoxically, our heavy losses shaped our national psychology in such a way that we have gone on sending troops overseas ever since. But we – Canadians and everybody else – did learn something from all this pain and waste.

Propagandists tried to convince people that these terrible wars were fought for greater and more moral causes than the lesser wars of earlier times: turning them into crusades was the only way that they could justify the scale of the killing. But by 1918 many people in government had realised that the international system itself was the problem, so they tried to change it: they created the League of Nations.

Like many first attempts, the League was a failure. The United Nations, founded after the Second World War, seemed scarcely more effective at first, but the true measure of its success is that we have not had a nuclear Third World War. Indeed, no great power has fought any other for the past 69 years.

Smaller wars continue, and Canada continues to send its troops abroad to most wars that involve its major alliance partners (although we had the sense to skip Vietnam and Iraq). But at least the wars are a lot less destructive than they used to be: 110,000 Canadians were killed in wars in 1914-1964; only around 500 have been killed in action in the past half-century.

It’s progress, of a sort.