“D-day represents the happiness of being free.
But it is also the day when they were so many SS killings.” – Jacques Vico

Mr. Jacques Vico was a true hero of the Resistance and a great friend to Canada. Mr. Vico and his family lived at the Abbaye d’Ardenne in Normandy during the Second World War. After the war, they were instrumental in first discovering evidence of the horrible crimes perpetrated by the 12th SS on Canadian soldiers and later ensuring the terrible events would not be forgotten. Mr. Vico recently passed away on 5 August.

From the Royal Canadian Legion Europe: 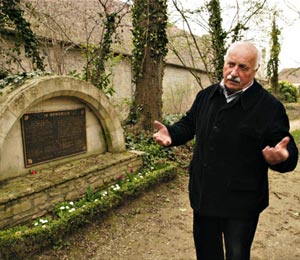 Mr. Vico is pictured standing in front of the memorial to the Canadian prisoners of war murdered in the garden of the Abbaye in June 1944. [source: www.guardian.co.uk]

“The Vico family has lived at the Abbaye since the early twenties. Mme. Francine Vico who up until recently lived there was a most alert and charming person whose activities with the underground during the war has made her a legend. Her husband Roland Vico was the mayor of Saint-Germaine-La-Blache-Herbe, the community in which the Abbaye is situated. His active and loyal service to the resistance led to his arrest by the German police on 15 December 1943. He was deported to a concentration camp at Mauthausen where he presumable died or was executed. The eldest son Jacques Vico was responsible to the resistance for a cache of weapons dropped into France by parachute. The German Gestapo found out about this cache of weapons located on the grounds of the Abbaye and were intent on arresting Jacques Vico. He was forced to go into hiding while his younger brother Jean-Marie Vico relocated the weapons to an underground quarry at nearby La Maladerie after which he joined his brother in hiding. “

For more details about the Vico family’s long history during the war, and their discovery of the murders that occured in the garden of the Abbaye, visit the Royal Canadian Legion Europe’s website here.

From his obituary [translation]:

“The regional committee of Remembrance of the Resistance and Voluntary Veterans of the Resistance and the Compagnie Scamaroni has the sad duty to inform you of the death of our President and friend, Jacques Vico, Voluntary resistance Fighter and Veteran of the 2e Division Blindé, at the age of 89, which occurred at he Centre Francois Baclesse on 5 August 2012. Jacques Vico rests at the chambre funeraire Adam. A condolence book is available at Abbaye d’Ardenne 14280 Authie. A religious service will be celebrated Thursday, 9 August 2012, at 1400 hours at Eglise Saint Joseph, Chemin Vert in Caen. No flowers or plaques. Donations are preferred to benefit cancer research and the Fondation Abbé Pierre.”

Read a French version of his obituary here. Note that Fondation Abbe Pierre is a French homeless charity and is reachable online here.

Read more about Mr. Vico and his family at the links below: 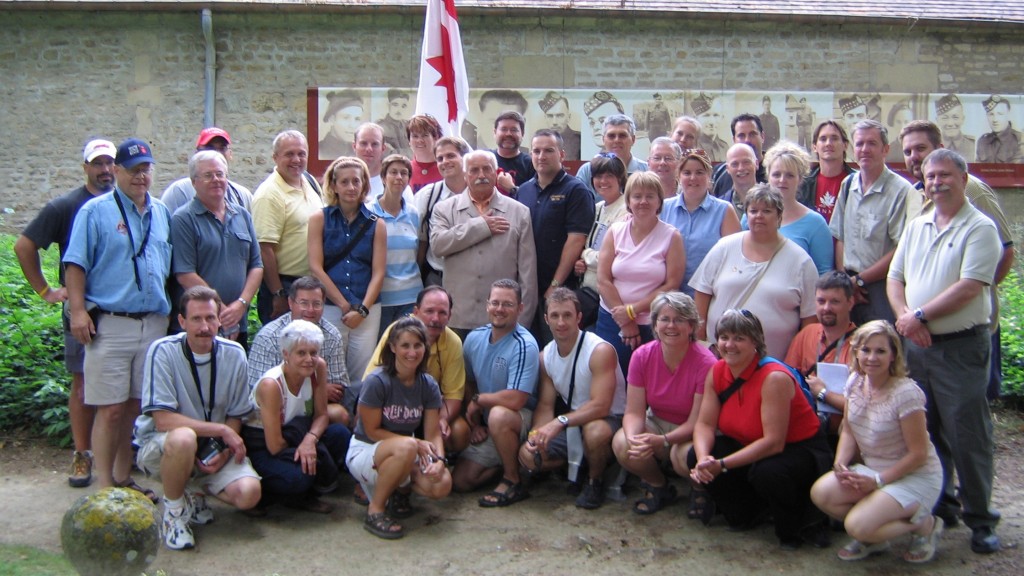 Mr. Vico captivated countless Canadian tour groups when they visited the Memorial Garden at the Abbaye d’Ardenne. He would recount in great detail the painful story of the murdered Canadian soldiers and how he and his mother first discovered evidence of the atrocity in the garden.