This is the second post in a miniseries that explores the personal military history of Jeffrey Storey, decedent of the conflict-laden regions of Auronzo di Cadore on the Austrian border in the Italian Alps. Please click here to read parts 1 and 2.

According to the Delaforce Family History book, Louis the Pious descended from Attila the Hun through Hildegarde of Vinzgau, his mother and second wife of Charlemagne. Attila the Hun descended from the royal family of the Turkish Huns. The Huns were a Turkish tribe that originated in Central Asia. They migrated to Europe in 375 CE and quickly conquered the German Ostrogoth Empire based in modern-day Ukraine, Russia, and the Baltic states under the leadership of Ermanaric. After the Turkish Huns conquered the Ostrogoths, they set about extending their rule over the other German tribes. Not much is known about the early life of Attila the Hun, but his father was named Mundzuk. Attila the Hun ruled from 434 CE until his death in March 453. He had a brother named Bleda and an uncle named Rugila, or Rua. Attila the Hun ruled the Huns after the death of his uncle. When he assumed the leadership of the Huns he ruled jointly with his brother and set about uniting the Huns. In 435, Attila and Bleda negotiated a treaty with the Eastern Roman Empire, or the future Byzantine Empire, for the return of dissident Hun nobles and also Roman tribute payments to the Huns. Attila then focused his energy on the Sasanid Empire of Iran. 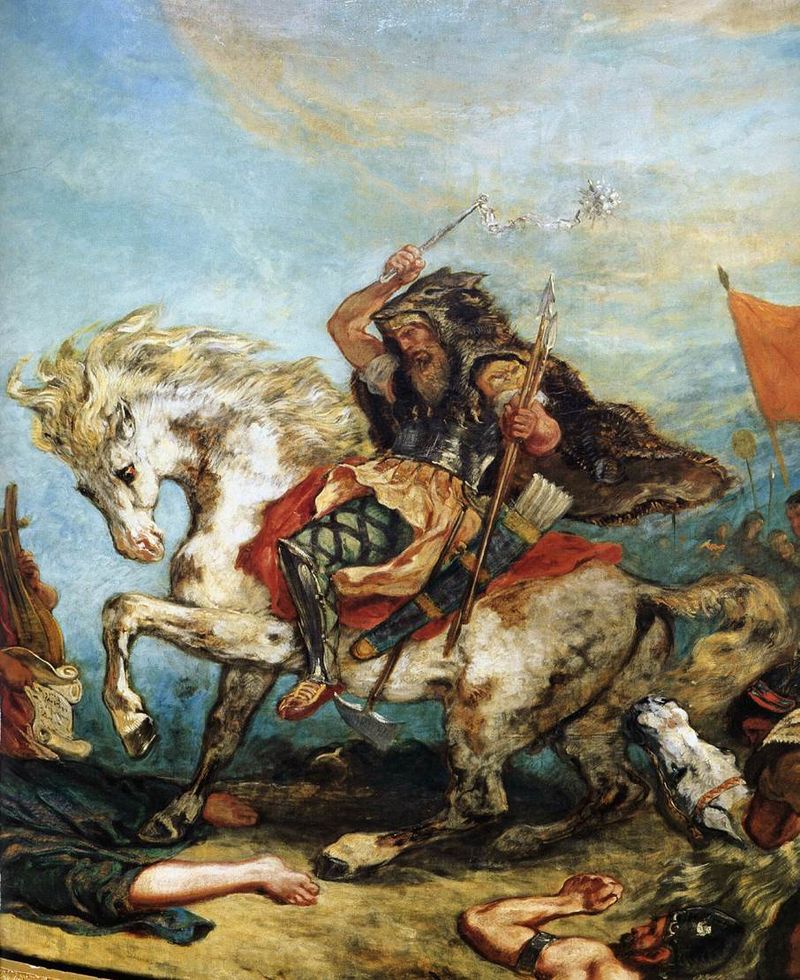 The army of Attila the Hun was defeated in Armenia by the armies of the Sasanid Empire. In 440, Attila’s army again appeared on the borders of the Eastern Roman Empire. Between 440 and 450, Attila invaded and devastated the Balkan areas of the Eastern Roman Empire. In 450, Attila decided to attack the Western Roman Empire under the rule of Valentinian III and Aetius Flavius. The Battle of the Catalaunian Fields is viewed as one of the most decisive battles in history because at Gaul, modern-day France and Belgium, Attila was defeated. In 452, Attila invaded northern Italy through the Cadore district in the north of Veneto. A legend in my ancestral town of Auronzo di Cadore states that Attila courted a local girlfriend named Agonia. After Attila invaded the Cadore district, he headed for the wealthy and prominent city of Aquileia. Attila took the city after a three-month siege, and his army continued to devastate the local region of northern Italy. Finally, in 452, at the northern Italian town of Borghetto, Pope Leo I the Great negotiated peace terms of peace with Attila, who then retreated to modern-day Hungary. In March 453, Attila married Ildico, a Burgundian princess, who died the day after the wedding. The Hun Empire of Attila dissolved in 454, as a result of the infamous Battle of the Nedao River. 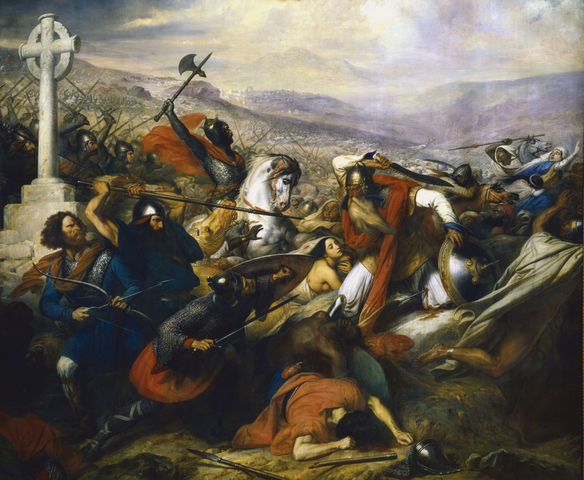 Charles Martel in the Battle of Tours

Martel surely represents one of history’s greatest generals, due to his brilliance in strategy and tactics, the lessons of which still find applicability on modern battlefields. During the Battle of Tours, or Poitiers, the Muslim army charged again and again fruitlessly up the hill. Finally, at one point, they broke through the Frankish infantry. Frankish soldiers rushed to put themselves in front of Martel so that the Muslims would be unable to capture and kill him during the battle. As the infantry fought for life during the day, the Frankish cavalry attacked the Muslim camp and baggage train at night. During the night attack on the Muslim camp and baggage train, the Frankish cavalry managed to kill the Muslim army’s general named Abd-ar-Rahman II. The Franks had 1,500 casualties and the Muslims had 10,000 casualties. The Muslim army quickly retreated to Spain after the battle. This battle is in my ancestral lineage because I am descended from Charles Martel and Charlemagne through the Vecellio Family of Cadore. Also, the battles Charlemagne fought in or led are also in my ancestral lineage.

On my paternal side I have the surname Storey. The original Storey’s who came to England in the ninth century CE were originally Danish Viking invaders and colonists who settled in Yorkshire and Northumberland in northern England. These countries were part of the Danelaw in the ninth century. The surname Storey means: “one who dwells by a large and strong body of water.” The different branches of the Storey family, with a few exceptions, look very much like each other. People with the surname Storey are mentioned in and before the Domesday Book of 1086 CE, as being prominent people.

The next post in my personal military history will expand upon this intriguing point.