John Keegan – internationally renowned military historian, bestselling author, and lecturer – has died at the age of 78. He was the author of over 20 books on the nature of warfare, including  military strategy, the experience of the individual at war, and the challenges of leadership. Frank C. Mahncke, an  author and operational research analyst, described him as being “among the most prominent and widely read military historians of the late twentieth century,” while fellow British historian deemed him “”at once the most readable and the most original of living historians.” 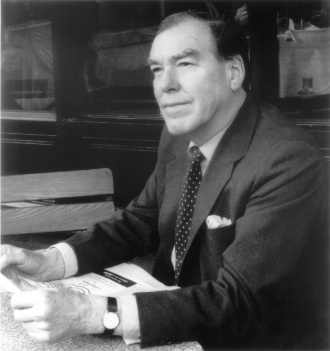 “John Keegan is the Defence Editor of the Daily Telegraph and Britain’s foremost military historian. The Reith Lecturer in 1998, he is the author of many bestselling books including The Face of Battle, Six Armies in Normandy, Battle at Sea, The Second World War, A History Of Warfare (awarded the Duff Cooper Prize), Warpaths, The Battle for History, The First World War, and most recently, Intelligence In War. For many years John Keegan was the Senior Lecturer in Military History at the Royal Military Academy Sandhurst, and he has been a Fellow of Princeton University and Delmas Distinguished Professor of History at Vassar. He is a Fellow of the Royal Society of Literature. He received the OBE in the Gulf War honours list, and was knighted in the Millennium honours list in 1999.” 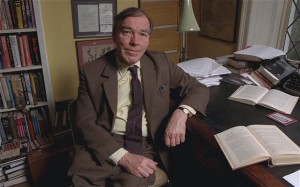 The Telegraph has written a wonderful tribute to his life, character, and long and illustrious career (excerpt below):

“Whatever the subject before him, Keegan wrote with close knowledge of the military arts and a personal acquaintance with many senior serving officers who had been his pupils; above all, he demonstrated a deep awareness of the human aspects of warfare, which was cruel, confusing and frightening, if occasionally glorious. It was always with surprise that new acquaintances discovered that Keegan was no battle-hardened veteran. He was a gentle civilian who was deeply imbued with his Roman Catholic faith and had been crippled with tuberculosis since childhood. While an unabashed supporter of the British alliance with the United States, he described himself as “95 per cent pacifist” and looked forward – though with increasing doubts in recent years — to a world which had abandoned war.”

Some other links for learning more about John Keegan’s life-long devotion to studying warfare: