Last Minute Cancellation: Canada and the Scorpion – By Frank Maas

Since the 1960s, the Canadian army’s tanks have come close to extinction a number of times. Just a few years ago, the army announced it would retire all its Leopard C2s in favour of a wheeled vehicle with a 105 mm gun, but a few years later, deployed tanks to Afghanistan and bought surplus Leopard 2s. The Canadian tank’s first brush with extinction came in the 1970s. As mentioned in a previous blog, the Trudeau government planned to replace the heavy Centurion tank with a lighter vehicle that was air-transportable and could prove more useful in operations at home, whether it was aid to the civil power or the more unlikely prospect of dislodging groups of Soviet commandos. 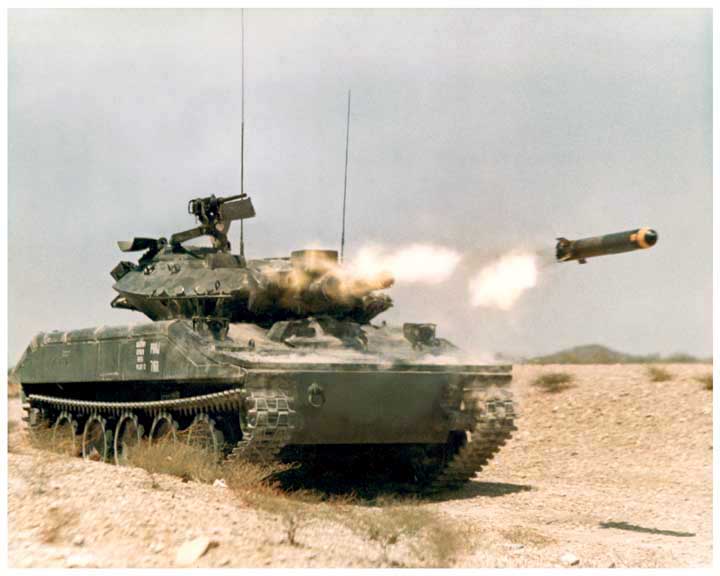 One of the options was the American Sheridan, a promising vehicle in the 1960s. It was armed with the Shillelagh 152 mm combined gun and missile launcher, which offered a lot of firepower in a relatively small package. It was expensive, however, and there were significant teething problems with the vehicle, notably the Shillelagh. It was difficult and time-consuming to switch between the gun and missile modes, and the ammunition for the gun was caseless. Early models frequently broke apart and spilt propellant in the turret, or left residue in the barrel which could cause a new round to detonate prematurely. The Canadians shied away from this design, and looked to its traditional supplier of military equipment, the United Kingdom. The British were developing the Scorpion, which was more modest than the Sheridan but much cheaper and easier to operate. It was part of a family of vehicles that were developed in the early 1960s to form the basis of light, easily deployable forces that would rush to hotspots in the fading British Empire, rather than maintain large and expensive garrisons. The central influence on the vehicle’s design was that it needed to be small and light enough to fit into a C-130. In September 1967, the British Ministry of Defence granted a contract to Alvis to produce thirty prototypes, and on January 23, 1969, the first example rolled off the lines in Coventry. 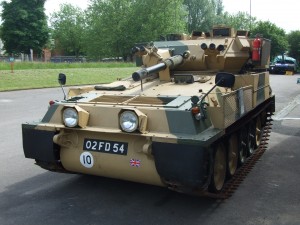 The British had passed information on the vehicle to the Canadian army in December 1968, and it was first mentioned as the prime candidate to replace the Centurion in October 1969. The Scorpion was small, only around nine tons compared to the Centurion’s fifty-six, and it was fast. It had a militarized Jaguar engine, and a top speed up to forty-five miles per hour. The main armament was a low velocity seventy-six mm gun that could only take on soft-skinned or lightly armoured vehicles. It had aluminum armour to reduce its total weight, and it was proof against Soviet heavy machine guns from the front, and from light machine guns on the side and rear. The Scorpion was also cheap, and cost only $200,000 compared to $750,000 for a Sheridan.

The Canadian army’s major directorate for assessing armoured vehicles knew that the British Army would decide whether or not the Scorpion would be “Accepted” in 1970. Acceptance was a crucial stage in the British Ministry of Defence’s procurement and sales process – if it was successful, the British could aggressively market it to other countries, but if the army rejected it, then it would have to go back for re-design, and export opportunities could suffer. This was crucial for the British, who were in the middle of two decades of stagnant economic growth and declining industrial competitiveness. 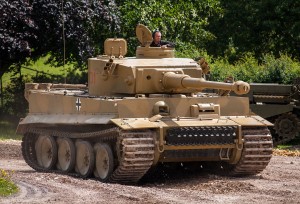 The Canadian army secured a place for a captain to participate in the final trials at the Royal Armoured Corps Centre at Bovington, England. Bovington also houses a world-famous tank museum which has the last running Tiger tank, featured in the recent film Fury. The museum also has a virtual tour, with specifications, photos, videos, and interviews. The section on the Scorpion has a marketing video for the vehicle. The captain led a troop of four Scorpions in trials with The Life Guards, a British reconnaissance regiment, which resulted in non-acceptance of the Scorpion. The turret was small and cramped, the hardened aluminum was prone to cracking, there was insufficient stowage, and it was difficult to look around a corner without exposing the bulk of the vehicle.

After this round of testing, two Scorpions, and its wheeled counterpart, the Fox, came to Wainwright in Alberta for cold weather trials. One of the Scorpions rolled over while going over a log, and gas spilled and flowed over the hull. The stream of gas hit a heater on the outside of the vehicle, caught fire, and heated up the aluminum armour so much that the crew could not extinguish it. The Scorpion burnt for several hours and was ruined. 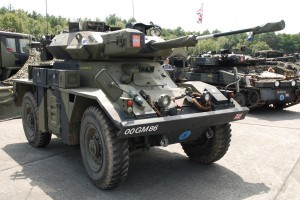 After some redesign, Alvis finally delivered the first production models of the Scorpion to the British Army in January 1972. The Canadian army planned to buy 131 Scorpions – 70 would equip units at home, and 61 would go to Canadian troops in Europe. This plan was complicated a few months later by delays in production. In the summer of 1972, Alvis was affected by strikes and go-slow tactics, resulting in poor production performance. Canadian negotiators could not get firm prices from the British Ministry of Defence, and the slowdown meant that the delivery schedule might be delayed by up to six months and force purchases of costly spare parts for the Centurion. The Canadians had no confidence in Alvis’ delivery promises, and they also thought that they were being taken advantage of by a company who knew it was the sole source.

Although there were serious doubts about the deal, Treasury Board approved a contract, and the army secured places for Canadians at British schools, displacing British soldiers. Training would begin on 4 September 1972 (Labour Day), but late on Friday 1 September, the Canadian officer in charge of the program was informed that the training would be cancelled and to stop movement of soldiers to Britain. He canceled the movement of troops, some already on their way, and sent a message to the Canadian liaison officer in London to inform the British staff of the cancellation. By that time, it was 10 pm in Britain, the liaison officer was at a party, and the duty officer did not pass the message along. No messages came from Canada on Monday 4 September because it was a holiday, but it was not a holiday in the United Kingdom. The British were furious when they started their training with a number of empty seats.

As I have noted in other blogs, the Chief of the Defence Staff, General Jacques Dextraze, was the figure behind the delay, and he was intent on keeping the Canadian tank from extinction. He stymied the purchase of the Scorpion, and after two attempts in Cabinet, finally cancelled the deal, earning the wrath of many in British government and industry. He won a two-year life extension for the Centurion, which proved to be just enough until allies finally convinced the government to keep tanks.