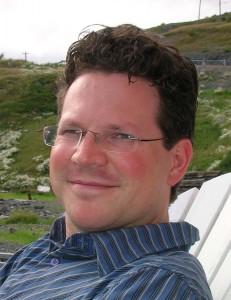 “It is an absolute privilege to become the Honourary Lieutenant Colonel of the Rangers who act as our country’s eyes, ears and voice in the North. The Rangers are one of our country’s great success stories in demonstrating sovereignty, security, and stewardship in a practical way that serves communities and our country as a whole. I have been honoured to travel with and learn from Rangers across the three territories, and the opportunity to serve this group of dedicated and patriotic Canadians is truly amazing.”
– Dr. Whitney Lackenbauer

For the last fifteen years, Lackenbauer has been researching the Canadian Rangers – members of isolated northern and coastal communities who serve the Canadian Armed Forces in a unique organization that has existed since 1947. He has written numerous books, chapters, and articles on the Rangers, including Vigilans: A History of 1 Canadian Ranger Patrol Group (forthcoming 2014), The Canadian Rangers: A Living History (2013), which was shortlisted for the Dafoe Book Prize earlier this year, and Canada’s Rangers: Selected Stories, 1942-2012 (2013).

“I look forward to continuing to promote the Rangers’ proud history and their ongoing contributions to protecting and building our country,” says Lackenbauer, who is also co-editor of LCMSDS’ The Canadian Forces and Arctic Sovereignty: Debating Roles, Interests, and Requirements, 1968-1974 (2010).

LCMSDS is proud to congratulate Dr. Lackenbauer for his appointment as Honorary Lieutenant Colonel, which was received from Major Craig Volstad, Commanding Officer of 1st Canadian Ranger Patrol Group.

For more information on Dr. Lackenbauer’s contributions to LCMSDS and the wider academic community, see http://www.sju.ca/staff/whitney-lackenbauer.