“Legacy of Conscience: Men of Letters against WWI” by John Owen Theobald

“The time has now come to pluck up courage and begin to talk and write soberly about the war.” 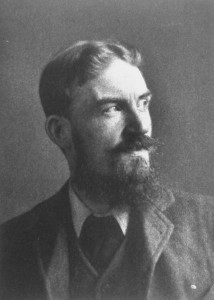 Last month looked at Charles Edward Montague, who, as a 47 year-old recruit in WWI, was soon put on propaganda duty. These duties included writing and censoring articles and touring Distinguished Visitors of the trenches.

One such visitor was George Bernard Shaw. By 1914 Shaw had already written a handful of plays including Pygmalion.[1] He was also a Socialist who had opposed the war from its outset. Soon after arriving for his tour, he was dismayed. His satiric reaction to life at the front is bracing: “Both of us felt that, being there, we were wasting our time when we were not within range of the guns. We had come to the theatre to see the play, not to enjoy the intervals between the acts like fashionable people at the opera.” Like Montague, Shaw mocks those minds conditioned by heroic war literature. 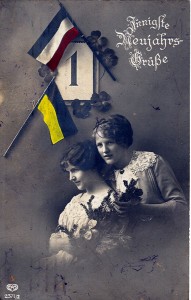 In 1914 the New York Times published the collection of essays Current History of the European War. The first volume of these essays was dedicated to “What Men of Letters Say.” The volume opened with Shaw’s essay “Common Sense About the War,” in which he suggests his own modest proposal: ‘Why not kill the German Women?’: “Those Germans who took but an instant to kill had taken the travail of a woman for three-quarters of a year to breed, and eighteen years to ripen for the slaughter. All we have to do is kill, say, 75 per cent, of all the women in Germany under 60.”

His long essay combined sarcasm in a similar vein with more serious philosophical issues. “Common Sense About the War” attracted much criticism – published alongside it in the volume – including “Shaw’s Nonsense About Belgium,” by Arnold Bennett, himself a prolific Man of Letters; “Flaws in Shaw’s Logic,” by the politician and author Cunninghame Graham; and “Shaw Empty of Good Sense,” by suffragette and co-founder of the WSPU, Christabel Pankhurst.

Happy to attract these protests, Shaw was nevertheless angered by the shortsightedness of the press.[2] In 1915 he wrote to a friend in Vienna: “At that time scarcely one of the leading newspapers took heed of my insistence that this war was an imperialistic war and popular only in so far as all wars are for a time popular.”[3] He felt certain that the same patriotic fervor would have been evoked if Sir Edward Grey had instead announced a treaty of alliance with Germany and Austria, and if war was to be waged upon France and Russia. The Kaiser, Shaw felt, would “have been cheered as the cousin of our King and our old and faithful friend.”

Shaw continued, lamenting how war skews both culture and economy: “Militarism has just compelled me to pay about £1,000 as war tax, in order to help some ‘brave little Serbian’ or other to cut your throat, or some Russian mujik to blow out your brains, although I would rather pay twice as much to save your life or to buy in Vienna some good picture for our National Gallery.”

He concluded that culture could in fact trump patriotism:

In London during August the usual cheap evening orchestra concerts were announced in a patriotic manner, with the comment that no German musician would be represented on the program. Everybody applauded this announcement, but nobody attended the concerts. A week later a program of Beethoven, Wagner, and Richard Strauss was announced. Everybody was indignant, and everybody went to hear it. It was a complete and decisive German victory, without a single man being killed.

As a famous literary figure speaking out against the war, Shaw was not alone. John Galsworthy, also 47 at the outbreak of the war (and mid-way through his Nobel Prize winning The Forsythe Saga

), began his 1914 article “Thoughts on this war” in the following way:

God on the lips of each potentate, and under the hundred thousand spires prayer that twenty-two million servants of Christ may receive from God the blessed strength to tear and blow each other to pieces, to ravage and burn, to wrench husbands from wives, fathers from their children, to starve the poor, and everywhere destroy the works of the spirit! […] ‘God be with us to the death and dishonour of our foes’ (whose God he is no less than ours)! The God who gave his only begotten Son to bring earth peace and good will toward men![4] 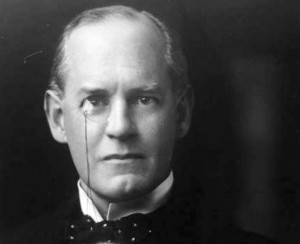 Not all literary figures shared these views. Montague himself was no pacifist. In his mind the war didn’t cause any such religious turmoil – the journalist Philip Gibbs later recalled that Montague declared a moratorium on Christian ethics during the war – impossible though it was to reconcile war with the Christian ideal, it was necessary to get on with its killing: “One could resume one’s ideals when the job was done.” Galsworthy, who was also recruited by the War Propaganda Bureau, openly refused to encourage hatred for the enemy, instead writing at length about supporting wounded soldiers – a cause to which he signed over his own family home. In the face of war, Galsworthy could not suspend his morals – for the duration of the war or even after death. “When conscript souls disembodied by this war meet in the upper ether how will they talk of this last madness?”:

Brothers, like you I loved the sun, and a woman, and the good things of life; like you I meant well by others; I had no wish to kill any man; no wish to die. But I was told that it was necessary. I was told that unless I killed as many of you as I could my country would suffer. I know not whether in my heart I believed what I was told, but I did know that I should feel disgraced if I did not take rifle and sword and try to kill some of you; I knew, too, that unless I did they would shoot me for a deserter. So I went. 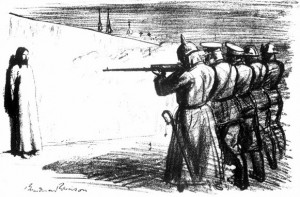 This imagined heavenly conversation continues with desperation in the face of, and ultimate submission to, the tortured logic: “Nearly all the time that I was marching, or resting dead tired, or lying in the trenches, I thought: ‘Shall I ever see home again? God let me see home again!’ But I knew that my first duty was to kill you, so that you should never see home again. I did not want to kill you, but I knew I had to.”[5] 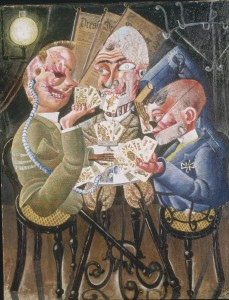 Galsworthy and Shaw led the early charge against the war – its logic, its method, and its goal. Some, like Montague, found much to protest but endured the violence of war. Others, though, embraced the destruction. Next month we turn to the memoirs of Junger, Ackermann, Carrington, and Vaughan – soldiers who did not turn away from the violence of war, but instead found that battle strengthened their convictions – and lead them back to a familiar tradition of literature.

This is the Third installment in the year long series War and Literature in the Western World by John Owen Theobald.

[1] This play would later earn him the distinction of being the only person to be awarded both the Nobel Prize for Literature and an Oscar.

[2] But he was encouraged by the positive reaction he received at open meetings in London,

[3] Published in the Munchener Neueste Nachrichten and in the Frankfurter Zeitung of 21 April 1915.

[4] 559. This idea of abandoning Christian morals returns in Germany – at that time ‘the most Christian nation in the world’ – during the rise of Nazism. As the Holocaust Museum in Washington notes, “Neither the Catholic leadership nor the Protestant clerical hierarchy officially protested the persecution of Jews or the horrors of the ‘Final Solution.’” Anyone sincerely asking ‘Where was the German Church during the Holocaust?’ is left grasping on to the small fraction that formed the Confessing Church. http://www.ushmm.org/wlc/en/article.php?ModuleId=10005206

All images courtesy of Wiki Commons.