“Flying to Victory: Raymond Collishaw and his many wars.”

Canadian-born flying ace Raymond Collishaw (1893–1976) served in Britain’s air forces for twenty-eight years. As a pilot in World War I he was credited with sixty-one confirmed kills on the Western Front. When World War II began in 1939, Air Commodore Collishaw commanded a Royal Air Force group in Egypt. It was in Egypt and Libya in 1940–41, during the Britain’s Western Desert campaign, that he demonstrated the tenets of an effective air-ground cooperation system. In between he fought in numerous small wars – South Russia, Mesopotamia, Iraq, Palestine, and the Sudan. 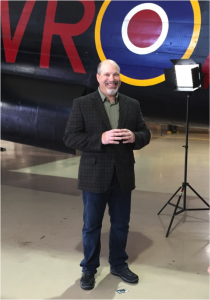 While those Canadians that know Collishaw recall his exploits in the Great War, his greatest contributions came in the Western Desert in the battles against the Italians and Germans in 1940 and 1941. The British Army and Royal Air Force entered the war with conflicting views on the issue of air support that hindered the success of early operations. It was only after the chastening failure of Operation Battleaxe in June 1941, fought according to army doctrine, that Winston Churchill shifted strategy on the direction of future air campaigns—ultimately endorsing the RAF’s view of mission and target selection. This view adopted principles of air-ground cooperation that Collishaw had demonstrated in combat.

Mike will share stories from Collishaw’s long and impressive career and show how his many wartime experiences prepared Collishaw so well for the Western Desert campaign and taught him much about the application of air power, especially how to work effectively with the army and Royal Navy. 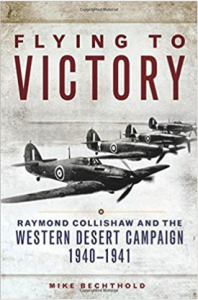 Mike Bechthold holds a PhD in History from the University of New South Wales, Canberra, Australia and an MA & Honours BA from Wilfrid Laurier University, Waterloo, Ontario, Canada. For 22 years Mike worked as the Communications Director of the Laurier Centre for Military Strategic and Disarmament Studies and the Managing Editor of Canadian Military History, an academic quarterly journal. Mike is the author or editor of eight books and numerous articles. His most recent book is Flying to Victory: Raymond Collishaw and the Western Desert Campaign published this year by the University of Oklahoma Press. He specializes in the fields of military air power (especially tactical air operations in the First and Second World Wars), the Canadian army in Normandy and Northwest Europe, and the Canadian Corps in the Great War. Mike currently teaches history part time at Wilfrid Laurier University and works full time at WLU Press as production coordinator and acquisitions editor in military history.

The event is hosted at the LCMSDS, 232 King St. N, Waterloo, ON. Admission is free.