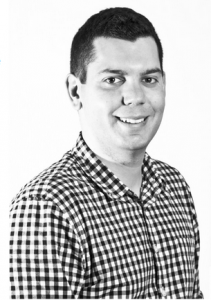 Dr. Matthew Wiseman just finished his Ph.D. on Canadian science during the early Cold War. And he is a bit concerned about the developing nuclear crisis between the United States and North Korea, as many of us are too. President Donald Trump’s fiery rhetoric has agitated Kim Jong Un and the Democratic People’s Republic of Korea to the point where they are threatening to bomb Guam, an unincorporated territory of the United States. Matthew explains how Canada has responded to nuclear crises in the past, and how it might maneuver in this current, heated climate.

The Cold War was a pivotal event in the twentieth century, and Matthew tells us how Canada was ‘pulled’ into it following the Second World War. Although pursuing independent and separate agendas, Canada, the United States and Great Britain all looked to the Arctic as a ‘mutual interest point’ when preparing for a potential northern attack from the Soviet Union. For Canada, the Defence Research Board established a facility at Churchill, Manitoba, and began a series of human tests on military personnel and Inuk individuals in the North to test the suitability of people fighting in the cold-weather climate of the Canadian subarctic and Arctic. The tests conducted were ethically ambiguous, leading Matthew to question whether consent was given by the medical students and Inuit involved in human testing.