On War & Society: Family at the Front

On War & Society #13–Family at the Front 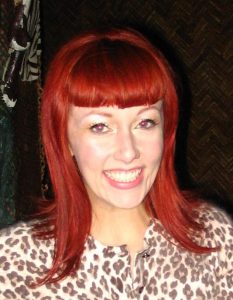 Nearly 660,000 bags of mail were sent to Canada from soldiers in France and Belgium during the First World War. In this episode, Dr. Kristine Alexander sits down with Kyle Pritchard to discuss her research on the topic of families, children, and letter-writing during the First World War. Kristine is an associate professor in history, a Canadian Research Chair, and Director of the Institute for Child and Youth Studies at the University of Lethbridge. Her book Guiding Modern Girls published in 2017, examines the connections which linked girlhood with colonialism and empire in the post-war and inter-war periods. In her new research, Kristine contends that letter-writing is a valuable entry point into the study of family under wartime conditions and finds that a more critical approach to these letters reveal soldiers often defied the emotional tropes historians have assigned to them.

Dr. Kristine Alexander is Canada Research Chair in Child and Youth Studies and Assistant Professor of History at the University of Lethbridge. She is the current Director of the U of L’s Institute for Child and Youth Studies. Her research seeks to improve our understanding of young people, colonialism, and war in the early twentieth century. Her monograph Guiding Modern Girls: Girlhood, Empire, and Internationalism in the 1920s and 1930s recently won the Wilson Book Prize, awarded each year by the Wilson Institute for Canadian History at McMaster University “to the book that offers the best exploration of Canadian history that, in the view of the Wilson Institute, succeeds in making Canadian historical scholarship accessible to a wide and transnational audience.”

Dubinsky, Karen, Adele Perry, and Henry Yu, eds. Within and Without the Nation: Canadian History as Transnational History. Toronto: University of Toronto, 2015.

Glassford, Sarah, and Amy J. Shaw, eds. A Sisterhood of Suffering and Service: Women and Girls of Canada and Newfoundland during the First World War. Vancouver: UBC Press, 2012.