On War & Society Podcast: Destruction and Dissent in the Marshall Islands with Dr. Martha Smith-Norris

Episode #10–Destruction and Dissent in the Marshall Islands 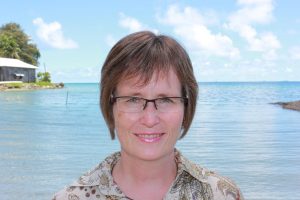 The image of the mushroom cloud, commonly associated with a nuclear explosion, provides a stark reminder of the power and devastation of the atomic age. Aware of the horrible circumstances involving Hiroshima and Nagasaki, few may realize the full extent of nuclear weapons testing in the postwar period. Dr. Martha Smith-Norris, an associate professor of history at the University of Saskatchewan, explores this topic in her recent book, Domination and Resistance: The United States and the Marshall Islands during the Cold War. 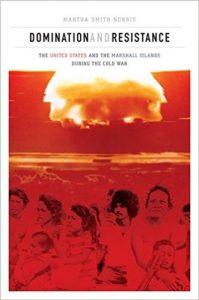 The United States seized the Marshall Islands from Japan toward the end of the Second World War and in the years that followed conducted extensive nuclear weapons and missile testing in this region of the central Pacific. Military testing in the Marshalls reinforced the US strategy of deterrence, but as Martha tell us, grand strategy and nuclear politics came with drastic consequences for the local population. Not only did the United States test nuclear bombs and missiles in the Marshall Islands, military scientists also conducted research to measure the effects of human exposure to radioactive fallout. Exposed Marshallese experienced immediate and lasting effects to their health and daily life. Testing led to the displacement of local communities and widespread ecological ruin. Martha explains this history from the perspective of the Marshall Islanders who responded to US domination with indigenous acts of resistance, acts that she argues deserve continued recognition and support.

Smith-Norris, Martha. Domination and Resistance: The United States and the Marshall Islands during the Cold War. Honolulu: University Of Hawai’i Press, 2016.