On War & Society: Somewhere Between War and Society

Episode #2–Somewhere Between War and Society 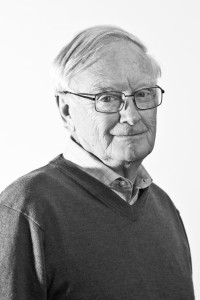 What happened to Montreal during the Great War? For the past three years, distinguished military historian Terry Copp has been researching Canada’s metropolis––Montreal––from 1914 to 1918. In our conversation, Terry discusses the various social, religious and political cleavages within the city beyond the divide between English and French-speaking populations. Although the war intensified many of these cleavages and sewed deep divisions between communities residing within Montreal, Terry is hesitant to argue that the war fundamentally changed the city.

Manuscripts published in university presses are the ‘gold standard’ for those working in the field of history, but Terry has decided not to pursue his project on Montreal in traditional manuscript form. He and a student-research assistant have been creating a website for his project, which will allow him the freedom to include (and exclude) short vignettes, stories, maps and databases, which would be nearly impossible to do in a manuscript. It has given him the freedom that many scholars envy when going through the editing stages of publishing a book.

Terry is best known for his award-winning work on the military history of Canadians fighting in the Second World War. But he would not have always called himself a military historian. In the final segment of the episode, Terry discusses his decision to transition from a labour historian to an historian of the military, although he might better be described as an historian of war and society. Why he returned to Montreal for his current research project is the result of his students and their research––something that has always stimulated Terry and kept him going over his career.