Guest Blog: The Story of a Canadian Nazi Spy Uncovered by Madoc Roberts

As a film maker with an interest in History, I am always looking for those unexplored corners of the past which might have been overlooked.  One such corner that caught my eye, became an interest, then an obsession and finally a book were the activities of a man named Arthur Owens whose name kept cropping up whenever I looked into the activities of German spies in Britain during WWII. He was portrayed as an untrustworthy, philandering womaniser so that was a good start but despite these interesting characteristics he soon vanished from the records. I decided to see if there was any more I could find out about this intriguing man. Six years later I had discovered thousands of secret Mi5 files and managed to trace the surviving members of his family who were keen to tell his fascinating story.

What I found amongst the files at the National archive was a day to day record of Owens activities as Mi5 tracked his movements in the build-up to WWII. They were suspicious that he was working for German intelligence and so they monitored him and even included a description of him:

I was then able to put this daily record of his life together with information from other public records and those of his family to build up a picture of an ordinary man who got himself entangled in the murky world of international espionage and as a result became one of the most important spies during the early years of WWII. 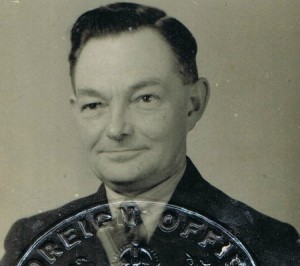 From ships lists I discovered that in 1921 Arthur Graham Owens and his family sailed to Halifax in Canada. They set up home in the town of Golden, British Columbia where on 17 January 1925 Jessie gave birth to a daughter, Patricia Molly Owens. I tried to trace Patricia but as I wasn’t a relative I couldn’t access here records. The only Patricia Owens from Canada I could find went on to be a film star so I dismissed that as being too much of a coincidence. They lived in Canada for thirteen years, during which time Arthur became a Canadian citizen. Arthur moved his family to Ontario and found offices for his business, the Owens Battery Company at 1501 Royal Bank Buildings, King and Yonge St in Toronto. Here he developed an improvement to batteries with which he hoped would make his fortune, but having no luck with the Canadian government he moved back to Europe. He tried to sell his invention to the British military but they weren’t interested either and his money was running out.

One day he walked in to the German embassy in Belgium as the battery inventor Arthur Owens but came out as a German spy with the code name Johnny O’Brien. As they prepared for war the German secret service were keen to know how well equipped Britain was against attack. With his cover as an inventor, Owens was perfectly placed to travel around gathering the information that the Germans needed. During the next few years he would grow rich on the proceeds of his activities as Germany’s master spy in Britain. They trusted him to such an extent that every spy they sent to Britain was told to contact Johnny. 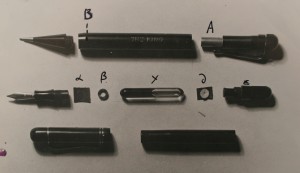 Detonator disguised as a pen

What the Germans didn’t know was that he was working for British intelligence so the German spies were rounded up by Mi5 and either turned into double agents or executed. Owens set the pattern for the British double cross system and by the end of the war Mi5 controlled every single German agent in Britain. Owens’ nightly radio calls to Germany under Mi5 control were used to send false information to Germany and these messages were also used to make the first British breakthrough in the German Enigma code which changed the course of the war. Before Johnny’s messages were relayed on to Hamburg they were encoded by an Enigma machine, these signals were intercepted by the British and as Mi5 had written the original messages it made the deciphering of these messages much easier.

Having discovered all these fascinating things about Snow I wondered why he was more or less missing from most of the history books that deal with the story of the double cross system. The reason was that the British never really trusted Arthur Owens and when he returned from Lisbon with news that his cover was blown they didn’t believe him and had him interned in Dartmoor.  In fact he was telling the truth and as early as 1941 the Germans knew that Mi5 were running their master-spy in Britain. This should have been the end of the double cross system which would have meant that the D-Day deceptions should not have been possible but Snow’s German handler didn’t act on this information.

After the war he used all his skills as a master spy and vanished. There was talk of hanging people who had dealings with the Germans and due to the official secrets act Owens couldn’t admit to having been a double agent. He was also worried that someone he had betrayed might catch up with him so he moved to Ireland and started a new family. It was this family that I traced some sixty years after the end of the war.

The biggest hindrance to finding Arthur Owens was that his middle name had been wrongly recorded as George. It was only after I consulted Canadian patent records that I discovered his real middle name was Graham. This led me to his son in Ireland who was also called Graham. Graham White as he now was told me that as a boy he had been taken to the cinema to see the 1958 film called “The Fly” and that his mother had told him that the lady starring in the film alongside Vincent Price and David Hedison was his sister. It seemed that I had been wrong to dismiss coincidence. Arthur’s daughter, Patricia Owens had a glittering career in Hollywood starring in over thirty films alongside the likes of Marlon Brando and James Mason. However for all her fame she knew that if the Hollywood press had found out what her father had done during the war then her career would be over. 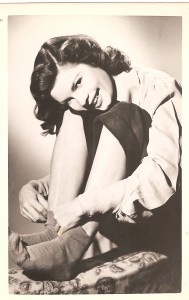 Graham also took me to see Arthur’s unmarked grave which has no headstone because they can’t decide what to put on it. I asked Graham whose side he thought his father had really been on and he told me that he seemed to change with the wind but whichever side it was “he was no ordinary Joe.”