Photography on the Front Lines (Part 1): Crimea and the U.S. Civil War

The desire to document war through images has been an integral aspect of conflict for thousands of years. Scenes of battle are found on ancient funerary objects or triumphal arches and columns. Throughout the Renaissance and early modern period, wars were documented through countless heroic paintings. However, it was only those people who directly experienced these conflicts who knew exactly what these battles looked like.[1] It was not until the advent of photography in 1839 that spectators throughout the world could see images of war and the soldiers who fought beyond an artist’s interpretation, and even then, it was not until the 1920s that photographic technology was capable of capturing scenes of battle as they were waged. The 1930s saw the rise of the photo-essay and pictorial magazines like Life, Look and Vu; the public appetite for photographs matched the emerging photographic technology. As a result, the Second World War became the most highly photographed in history, while photographs of the Vietnam War became some of the most controversial.

Each major conflict that has emerged since the advent of photography highlights a variation in the relationship between photography and war. Some wars were photographed for commercial gain. Others purely for documentation, and others still, for the purposes of satiating the public’s desire for news. Throughout all of these conflicts, photography has remained a medium that could expose the truth, even when it was revealed that photographs had the ability to lie. This series interrogates and illuminates the changing role of photography in the history of modern war, and will touch on a number of key themes, including authenticity and ‘truth’, which persist in war photography today. 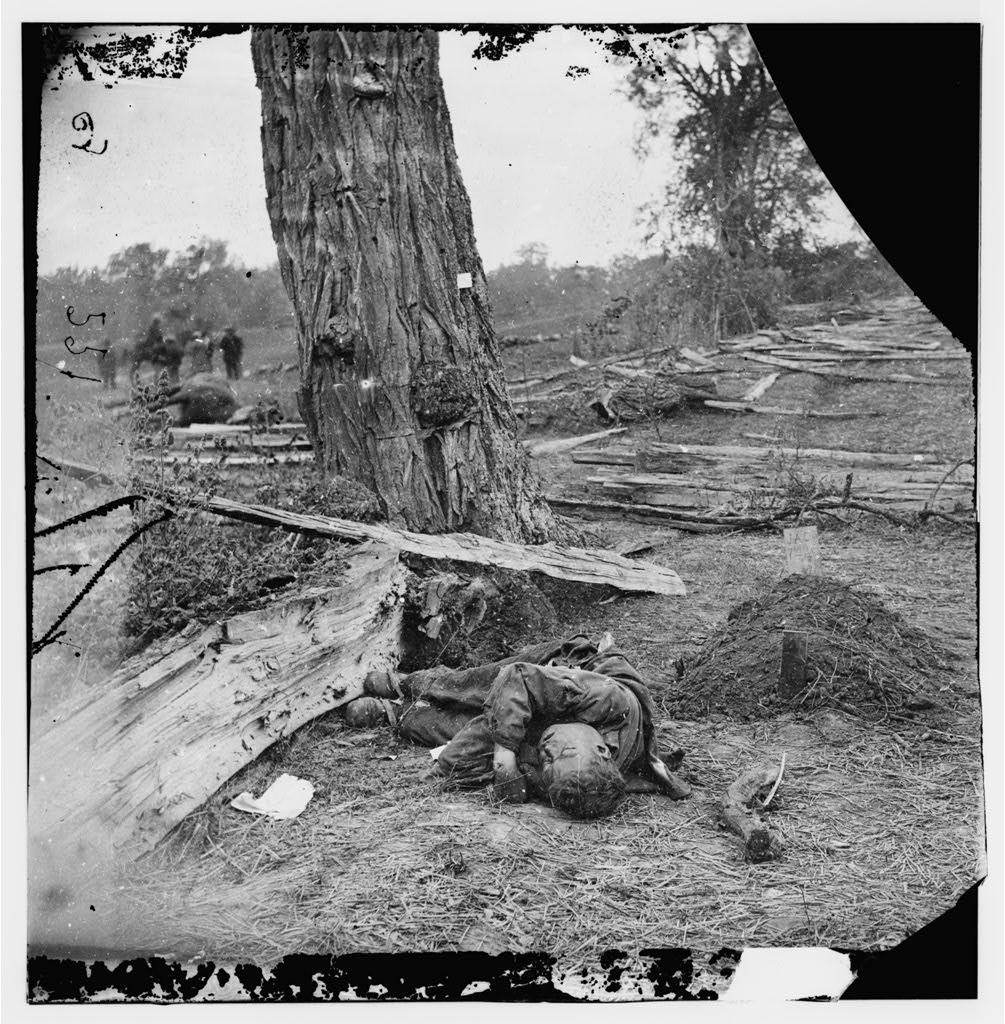 Photography’s Beginnings and the Crimean War

First presenting their methods in 1839, Louis Jacques Mandé Daguerre and William Henry Fox Talbot each offered an imperfect means to make photographs. Daguerre’s method, the Daguerreotype, showed an unprecedented degree of verisimilitude in capturing landscapes or still-lifes, but the caveat was that these images could not be reproduced. Talbot’s method, the Calotype, could be easily reproduced but did not offer the same degree of detail as the Daguerreotype. Although each method had its own merits and detractors, the 1839 announcement aroused widespread belief that photographs, unlike drawings or paintings, could capture the truth. Life, in other words, could be relived and preserved in its true form: a camera could not lie.

In 1851, the advent of the wet collodion glass plate negative process merged the fine detail of the daguerreotype with the possibility for mass-production of the calotype. Further, the wet collodion process allowed for quicker exposure times than its predecessors. Until this time, it was not possible to photograph any aspect of war, and it was not until the 1920s that the advent of the handheld camera allowed photographers to capture scenes of combat as they were unfolding.[2]

Although the photographic methods used to capture 19th century wars were cumbersome, it is significant that individuals endeavored to document these events. In these early conflicts, photography was used to produce images of war for commercial gain (as we will see in this post), as well as for the purpose of experimenting with this relatively new medium. Wars had not been widely photographed before the 1850s, and, at a time when expeditionary and travel photography were extremely popular, photographers were likewise eager to capture the landscape of war.

The first widely photographed conflicts were the Crimean War and the American Civil War, each of which saw the use of the wet collodion and glass plate methods. To make a wet collodion negative, the photographer first sensitized a glass plate with collodion (a substance to hold light-sensitive silver nitrate to the plate), and then dipped the glass into a silver nitrate bath for about two minutes. The sensitized plate was then loaded into the camera (away from any light sources) and required immediate exposure. The photographer had to act fast: wet collodion glass plates became too dry to use within about ten minutes.

As a result, this photographic process was ill suited for capturing battles, but was appropriate for landscapes, portraits, and scenes of the aftermath of war. After exposure, plates required immediate development, which had to be completed in a portable darkroom, as close as possible to the photographic setting. Upon developing and fixing (to remove any residual silver salts) the plates could be viewed in daylight. These negatives were stored until a later date, at which point they were printed on paper into positive photographs. Before 1880, engravings were made from the photographs so they could be published in books, newspapers and periodicals. They could not be printed as photographs until the advent of the half-tone printing process in 1880, although most newspapers preferred to use engravings until half-tone became more widespread around 1900. 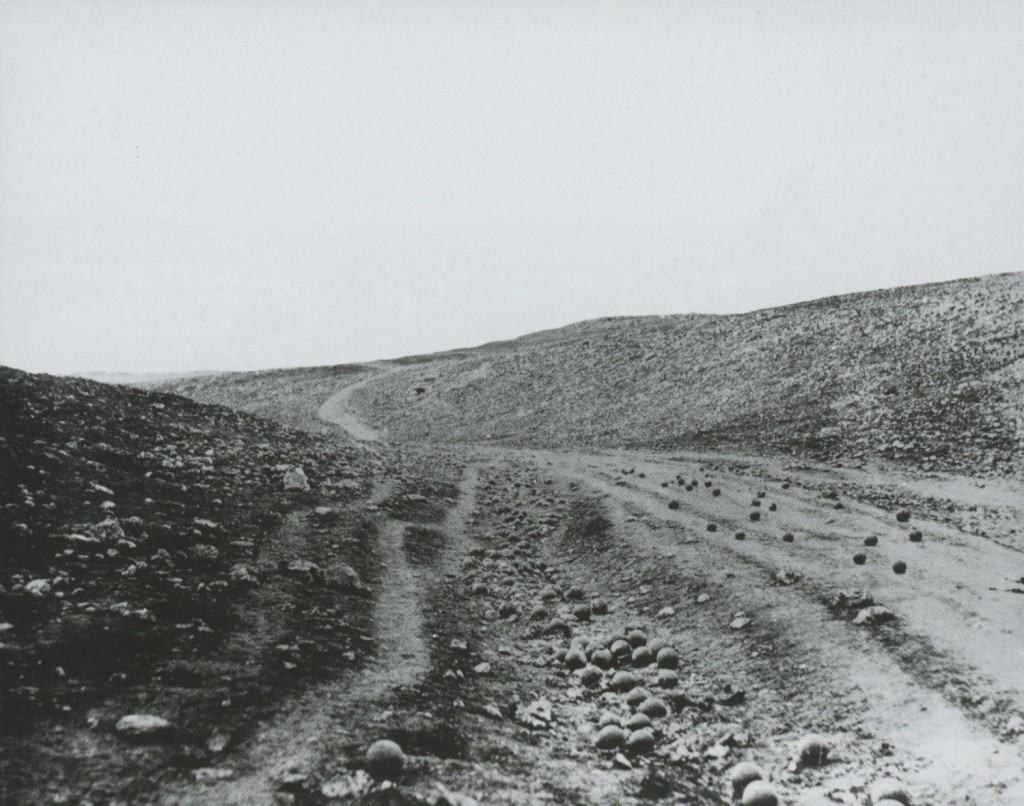 The Valley of the Shadow of Death by Roger Fenton, 1855 (Paper Print, Victoria and Albert Museum, London)

In 1855, a company called Agnew & Sons dispatched Roger Fenton to the Crimea with two assistants, five cameras and 700 glass plates to make photographs of the Crimean War (which had been fought since 1853, and would continue until 1856) in the hope that they could profit from the images. The British Government was support of Fenton’s plans, believing that his images would assuage public concerns about military mismanagement and the harsh conditions of the war.[3]

Although Fenton frequently described the terrible conditions of war in his letters home, he chose not to photograph these aspects of the campaign. Instead, his photographs depict empty battlefields and the everyday life of soldiers. Because there were almost no photographs of any aspect of war prior to the 1850s, many of his techniques are based on the conventions of other media, like painting and drawing. As such, he took a number of heroic photographs of military leaders such as Lieutenant Montagu O’Reilly and Marshall Pelissier. 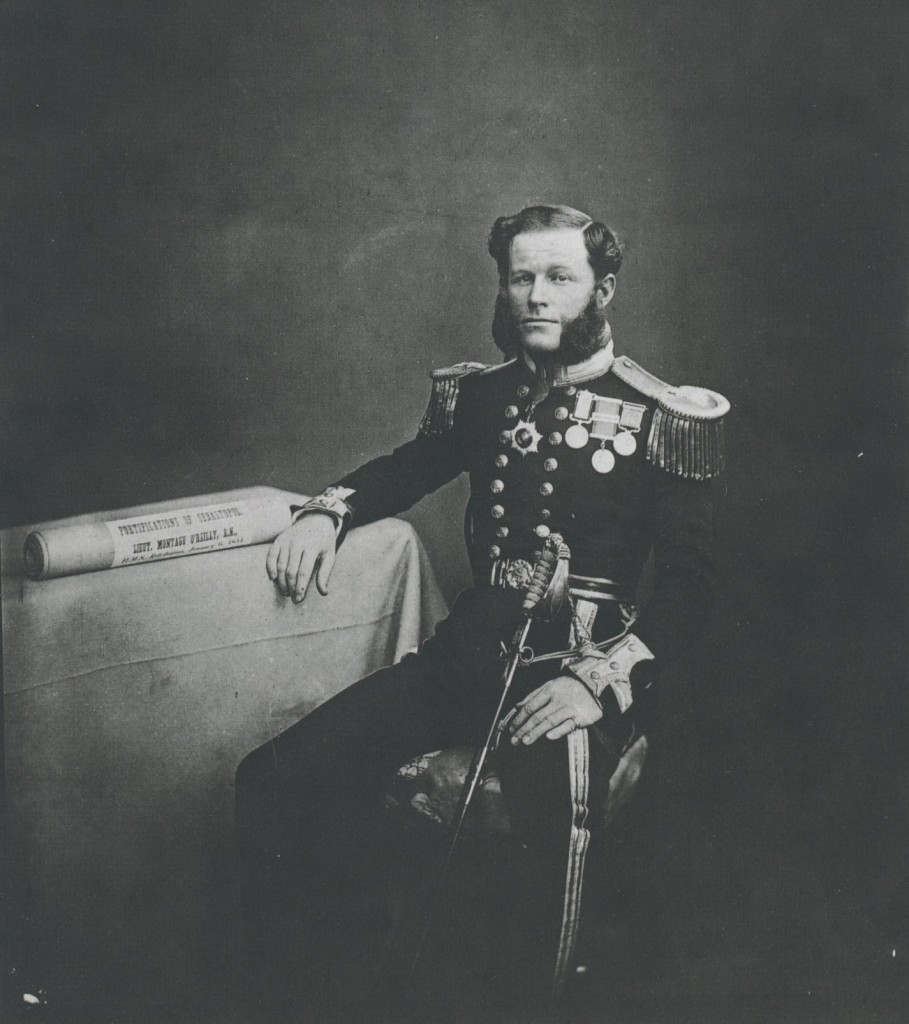 The Crimean War is known in the history of photography as the first conflict to produce a fair-sized collection of photographs.[4] Fenton left after about four months with 360 images, and his successor, James Robertson, took about 60. These were later exhibited in London and published into books. Robertson’s photographs were less well-received than Fenton’s because his became public in England as the war was coming to a close.

Significantly, Fenton did not photograph the dead, possibly because he believed that this type of photography would not sell. Similarly, it is likely that he was interested in the technical aspects of photography, rather than exposing the horrors of war. Still, his photographs were warmly received by a public who felt that they were a more accurate representation of war than paintings or drawings. 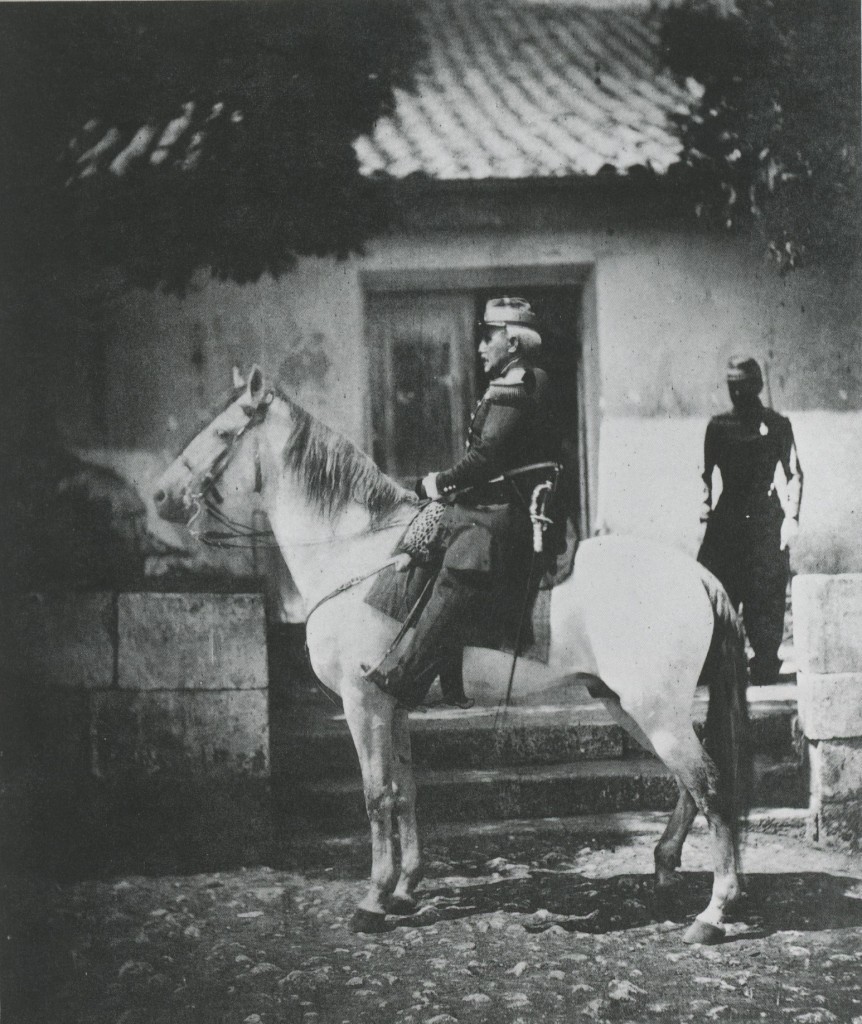 The wet collodion process was also available to photographers of the American Civil War. The 1860s witnessed the commercialization of photography with the advent of the carte de visite and tintype. The carte de visite was a small paper print mounted on a thick card that could be traded, much like the modern version of a wallet-sized studio photograph. Tintypes used the same wet collodion process, but were exposed directly on a thin sheet of metal (rather than being developed as a negative and then printed onto paper). These were particularly inexpensive and were popular during the Civil War because they were durable yet small enough to carry around in a breast pocket. 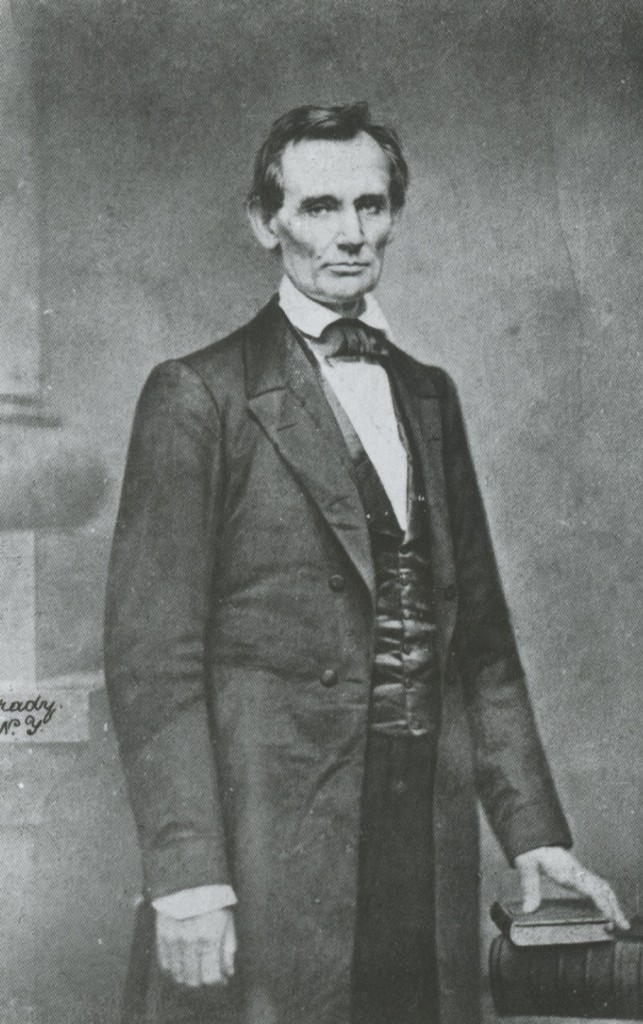 Of over 1,400 Civil War photographers, Mathew Brady is by far the most famous. He opened a commercial daguerreotype studio in 1844 and made a number of celebrity photographs. His most famous of these is the 1860 photograph of Abraham Lincoln. When the war broke out in 1861, Brady hoped to become a photographic historian. At the same time, he was a shrewd businessman who employed a number of photographers whose work is often credited to Brady. As the war continued, however, photographers like Alexander Gardner and T.H. O’Sullivan emerged beneath Brady’s shadow and began taking credit for their own work. 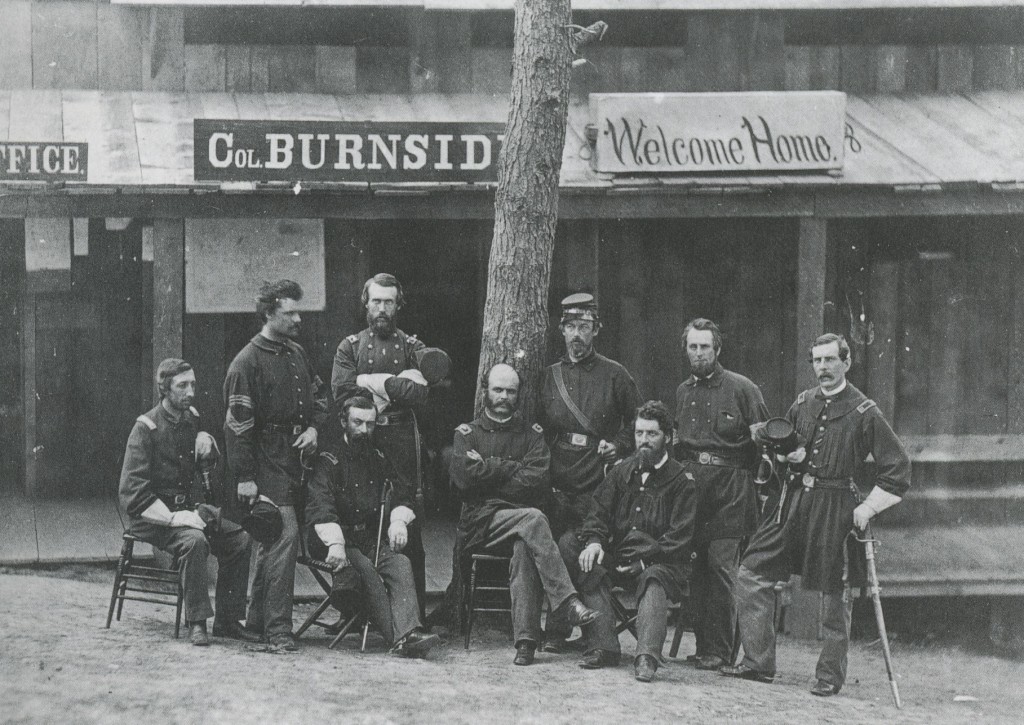 Although there was a great deal of commercialism involved with photographing both the Crimean War and the Civil War, the images themselves are quite different. Unlike Fenton and Robertson, Civil War photographers did, indeed, photograph the dead. Perhaps most famous of these are Gardner’s “The Harvest of Death” taken at Gettysburg, and the photographs from the Battle of Antietam, in 1862. The enthusiasm for photographs was greater at the beginning of the war. As one historian states, the latter years were marked by “a sense of what could not be photographed.”[5] The reality of war had been realized throughout the nation. 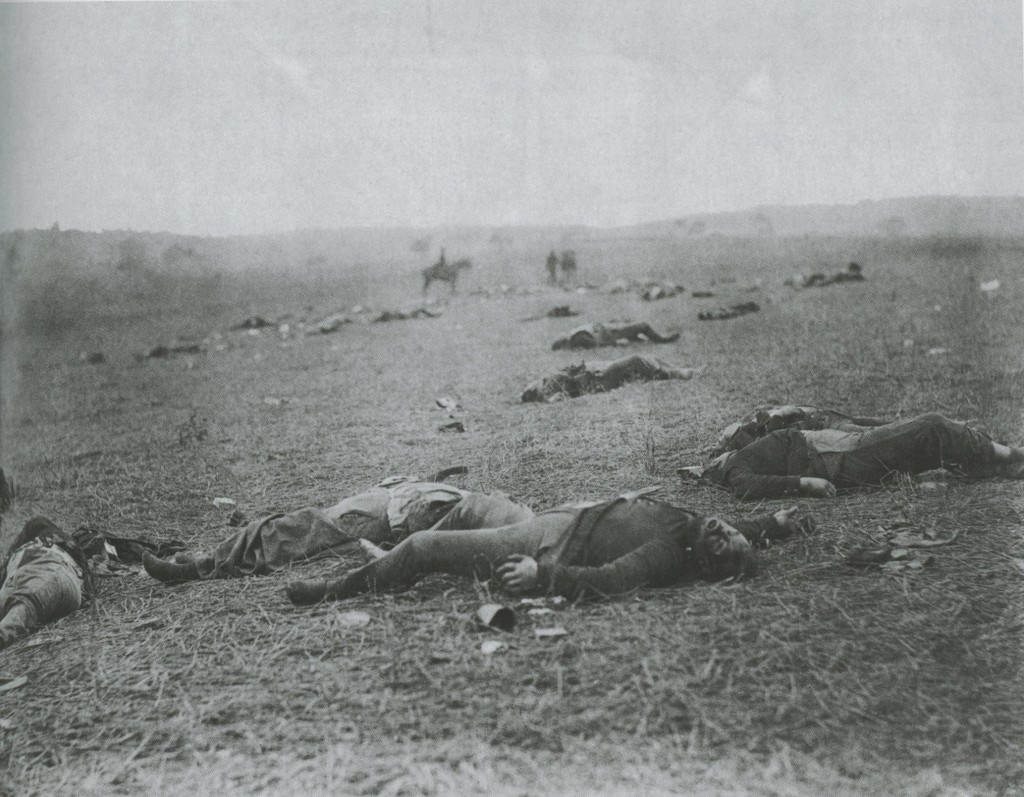 The Harvest of Death, Gettysburg Pennsylvania by Alexander Gardner, July 1863 (Stereoscope made from a negative by Timothy O’Sullivan)

Civil War photographers exhibited their photographs, published them in books and newspapers, and sold prints and stereographs. Commercial motives certainly fueled the proliferation of photography, but there was also an increasing desire to commemorate the event. In the postwar period, for example, Gardner and Brady requested that congress buy and preserve their negatives because of their intrinsic historical value. They were turned down repeatedly, in part because the government did not know how to properly preserve glass plate negatives. Ultimately, a number of these works were scrapped for glass and silver, and the negatives destroyed. However, a vast number of images from the American Civil War survive.

Through these conflicts, the popular belief that photography was a depiction of the truth remained largely uncontested. We now know, however, that photographers like Gardner often arranged bodies and props in their scenes to render images that were more dramatic. Indeed, it was not until photographs were faked in 1871 and used against communards in the Paris Commune that it was more publicly realized that photographs could be manipulated or staged. The illusion of veracity was shattered.

It is clear that the photographic methods available to 19th century combat photographers were ill suited for capturing war. It was the limitations of photographic technology that inspired photographers to attempt to create scenes that were more interesting (or more practically attainable), even if this meant altering the “truth.” Photography continued to compete with painting and drawing as a widespread means to capture war, even into the First World War, a conflict whose photography will be explored in the next post.