Canada and the Second World War 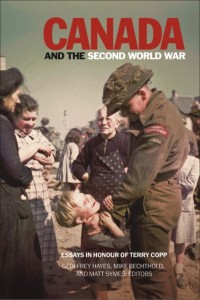 Four years in the making, this volume is a fitting tribute to Terry’s tireless teaching, research, and writing that has challenged generations of Canadian students, scholars, and veterans.

The study of Canada and the Second World War continues to challenge, confound, and surprise. In the questions it poses, the evidence it considers, and the conclusions it draws, this important collection says much about the lasting influence of the work of LMCSDS director and professor emeritus Terry Copp.

Some of Canada’s foremost Social, Cultural, and Military historians – colleagues, friends and former students of Terry’s – consider a wide range of topics under five headings: The Homefront, The war of Scientists, The Mediterranean Theatre, Normandy/Northwest Europe, and the Aftermath.