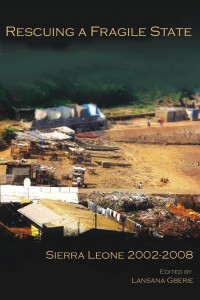 In Sierra Leone in 2000, British commandos intervened to prevent a bloody coup as UN forces faced collapse at the hands of the Revolutionary United Front. Sanctions were imposed on the rebel group and its key backer, the government of Charles Taylor of Liberia. Disarmament of over 70,000 militia fighters followed, and in 2002 Sierra Leone conducted successful democratic elections. The country was officially declared at peace, but it remains decidedly fragile.

Contributors examine Sierra Leones transition from war to peaceful democratic rule, arguing that while progress in the country has been remarkable, its development partners must remain fully engaged for many more years in order for the progress to be sustained.