As Canada celebrates the Bicentennial of the War of 1812, a veritable cottage industry of commemoration and public history has accompanied the anniversary. Canadians have, over the past two years, been exposed to numerous public service announcements produced by the Royal Canadian Mint, Canada Post, and the Department of Canadian Heritage, as well as newspaper articles, editorials, TV spots and radio specials. 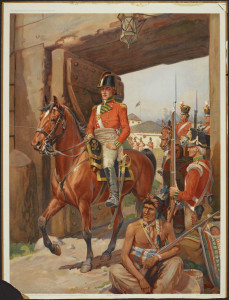 The bicentennial has also produced a flood of popular books dealing with the War of 1812. Not surprisingly, these follow conventional and often outdated historical paths, and have contributed little new to the conversation Canadians are having about the War. In effect many of these histories owe a substantial debt to Pierre Berton’s well-known 1980 popular history, The Invasion of Canada, 1812-1813, and its 1981 sequel, Flames Across the Border, 1813-1814. These two books were re-issued in 2011 as Pierre Berton’s War of 1812 and have been an important component of this new popular interest. Berton’s work is the best known of the many histories that weave the cooperative actions of the British, of the Canadian loyalists, and of Tecumseh and his confederacy of First Nations into the nation-building narrative that has become so prevalent in bicentennial materials.

Surprisingly, there has only been a modest increase in the publication of new academic histories. Even then, many of these, like James Laxer’s Tecumseh and Brock, The War of 1812, accept many of the nationalist narratives while only revising limited aspects of the historiography. Laxer’s examination of the alliance between Tecumseh and Brock, while questioning the British treatment of their aboriginal allies after the deaths of these two leaders, adds little to conventional histories of the war. Among the new scholarly histories, Alan Taylor’s 2010 book, The Civil War of 1812: American Citizens, British Subjects, Irish Rebels and Indian Allies, is really the only revisionist work and, as such, is a particularly welcome addition to this body of material. This thorough and original study seeks to problematize the conventional interpretations of the War of 1812 in both Canada and the United States.

Taylor’s book and its critique of the nationalist mythologies of the war is important as a corrective to the hagiographic and popular treatments that have become so common in this commemorative period. One of the most heavily broadcast public service announcements, for example, produced by the Department of Canadian Heritage, features Tecumseh, Sir Isaac Brock, Charles de Salaberry and Laura Secord working across time and space to cooperatively repel the American invaders. 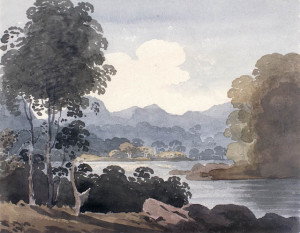 In another announcement, this one produced by the Royal Canadian Mint for its “The War for Canada” series, the defeat of the American frigate Chesapeake by the British frigate Shannon is somehow woven into the same nation building narrative. Both of these advertisements go out of their way to create a nationalist mythology of Canadian identity formation through victory over the Americans. This is, in effect, the commonly accepted lesson that Canadians have been encouraged to take away from the bicentennial materials and celebrations; this is also the conventional view that Taylor seeks to problematize.

For Taylor, the War of 1812 was less an international war in which two nations fought over issues of diplomacy and power. Instead it was a continuation of the unresolved conflicts that began during American Revolution, including conflicts between First Nations and American settlers in the western interior, between Federalists and Republicans within the United States, and between the British and Americans over the ultimate control of North America.

The War of 1812 was also a very real and brutal continuation of the civil and local conflicts which had constituted the Revolution. For Taylor this war was a civil war, and this is the main thread that runs through his argument. The War pitted new American migrants to Upper Canada against their recent neighbours. It replicated the conflicts between Catholic and Protestant in Ireland along the Canadian frontier. It also pitted Iroquois settled around the Grand River against family members who chose to remain in New York State after the American Revolution. Most importantly it exposed the fractures in both British North America and the United States that have since been minimized in the nationalist histories that have emerged over the past two hundred years. The War of 1812 was fought in the borderlands between two emerging nations in which identities were mutable and conflicted. Taylor reminds us that dominant meta-narratives were created on both sides of the border. In Canada, the war has been used as a significant element in the creation of a Canadian identity; in the US, the war is interpreted as a guarantor of the success of the American Revolution. But these are only two of the interpretations.

The Meeting of Brock and Tecumseh.

One of the most compelling cases that Taylor discusses, and one which serves as a useful illustration of his new perspective, is the case of Joseph Willcocks. In a National Post article published in December 2012, tellingly entitled “Canada’s Benedict Arnold: Remembering the Arch Traitor of the War of 1812,” Willcocks is painted as a notorious figure, ambitious and immoral, willing to switch sides for political advantage and responsible for the burning of Niagara by the Americans in 1813. In this version, Willcocks is cast as a republican firebrand of Irish descent who turns against his heritage as well as the lawful and respectable government of Upper Canada.

For Taylor, however, there is more to this story. Willcocks was a democrat and a reformer. Though an elected opponent of the Upper Canadian political establishment, when war broke out he helped raise and lead soldiers fighting in Niagara. He also served as Isaac Brock’s representative to the Iroquois on the Grand River. Willcocks opposed Brock’s suspension of civil liberties but he continued to serve the British, playing an important role at the Battle of Queenston Heights.

It was only when Brock’s successor, General Roger Sheaffe, was dismissed after his retreat from York in 1813 that Willcocks was exposed to criticism. In the new climate now dominated by hard line loyalists, all opposition became treason and Willcocks was forced to flee trumped up charges that he had betrayed his own soldiers in an earlier battle. (238-240) After 1813 Willcocks became a fierce fighter for the American cause, often avenging himself on his political opponents during the American occupation of Niagara. Taylor also argues, however, that Willcocks continued to couch this belligerence in terms of resistance to anti-democratic trends he had opposed in Upper Canada. (251) 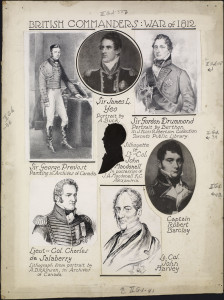 The reinterpretation of the story of Joseph Willcocks signals a larger shift in interpretation of the War of 1812. Moving away from issues of loyalty to the British Crown or the American Republic, Taylor presents Willcocks as representative of an oft-neglected dynamic of British North American society: the struggle between reformer and conservative that would lead to the Rebellions of 1837-8 and ultimately to the formation of responsible government in 1848. Taylor’s Willcocks is a more complex and interesting figure and the war becomes part of a larger narrative reshaping the Canadas.

The Civil War of 1812: American Citizens, British Subjects, Irish Rebels and Indian Allies encourages a re-imagining and a re-contexualization of the War of 1812. It was more than a simple defense of British North America against an invasion by a hostile and aggressive American nation. Although it was a formative event in the nationalist histories of both Canada and the US, it was also much more.