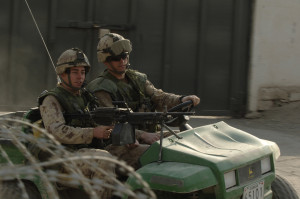 In the last decade, military actions have undergone a fundamental shift. With the hunt to eliminate the Taliban and Al Qaeda in Afghanistan, as well as continued operations in the Middle East and peacekeeping duties throughout the world, armed forces must adapt to the conditions in which they find themselves, unlike the World Wars when massive armies met each other on the battlefield in major battles with clear distinction of forces. To that end, Special Operations Forces are the most apt in the situations where the enemy is ill-defined or fights in a guerrilla-style. The SF need to meet the enemy on their own terms, and to be ready to fight in urban terrain or in an unconventional manner, such as in the Taliban attacks in Afghanistan where civilians are used as shields or attacks are planned against logistic facilities rather than units on patrol. However, as they face financial exigencies many countries have re-examined their expenditures, and often a hard line is taken on the amounts of money spent not only on the military as a whole but also specifically on units that conduct special operations. It is the balance of need versus security that concerns politicians, especially in this age of financial crises and uncertainty. The necessity of specialized units is the crux of Special Operations Forces: a National Capability, edited by Emily Spencer. 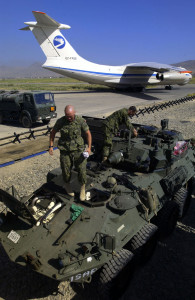 The book evolved from a conference on aspects of the Special Operations Forces Symposium held in December 2010, at the Royal Military College of Canada in Kingston, Ontario. (p. iii) The papers attempt to outline the history of the Canadian Special Forces, how they developed, what they actually do in relationship to the Canadian Forces structure, and most importantly, how they are a far more cost effective unit than many people assume. The book is divided into nine chapters, each concentrating on the author’s position in the government and the aspect of Special Forces operations that they address.

The book is a starting point for further exploration into Special Forces operations in the wider context of asymmetrical warfare in the 21st century. It also informs further discussion about the role of media in warfare, and the need for security in the Information Age. Prior to the operations in Afghanistan, little was written about the Canadian Special Forces and their operations, aside from the occasional book on groups such as the First Special Service Force. These early works were often from personal recollections rather than operational doctrine.

However, in recent years there has been a marked increase in books discussing the use, as well as need for, Special Operations forces as they fit a niche in the 21st Century battlefield. This book was one of several publications recently written by contributors to this volume, such as Dr. Emily Spencer and Dr. Bernd Horn. The essays contain both aspects of post-mission reflection in which lessons could be learned, as well as aspects of combat that might not have been considered before, such as the use of the Internet to gain information on one’s enemy, or to promote another’s potency. 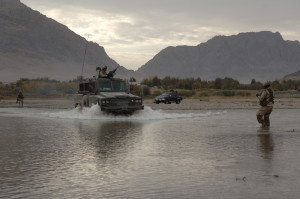 Each author explores different and essential aspects of the Canadian Special Forces. For example, the first essay of the book, written by Bernd Horn, discusses Canada’s long history of Special Forces in regards to warfare. One area of SF history that Dr. Horn concentrated on was the French irregular forces in the early wars of the 1760s, and how these irregular forces were superior to the more commonly known “Roger’s Rangers” whose history formed a considerable part of the current SF culture in both the United States as well as Canada. (p. 3-8) Horn goes into further explanation of the “Devils Brigade” and ends with how the current SF group evolved from the 2 Para and the disaster of Somalia in 1993, as well as the SERT team from the RCMP in 1996, to become Joint Task Force -2 (JTF-2) now recognized as CANSOFCOM (Canadian Special Forces Command). The essay presents an excellent overview of the history of the Canadian special operations forces, and notes that the force really represents a fourth branch of the Canadian Forces. (p. 56)

One problem that occurs with a compilation of authors’ essays is the occasional overlapping of content. The essays by Dr. David Charters and American Colonel James Powers, Jr. at times can be redundant, but they also offer insight into either American perceptions of Canadian Special Forces operations, or the lesser known aspects of Canadian counter-terrorism campaigns both at home – as in the case of the Toronto 18 – and abroad, as with Canadian involvement in Task Force K-Bar in Afghanistan in 2002.

David Pugliese, writing on the relationship of the popular news media and Special Forces groups and their operations, argues that given the increasing overlap of media and military matters, one cannot exist without the other. As he notes, if one does not win over the media or at minimum give it substantive information, then speculation runs rampant. He is quick to note that while many “operators” have an uneasy relationship with the media, others openly oppose the media, with the perception that the media sees the Special Forces either as a waste of money, or having a liberal anti-military bias that will get people killed by disclosing sensitive information for ratings. This essay raises an important question about whether or not the Canadian SF community had observed the American press “embeds” during Operation Iraqi Freedom. Does it ultimately help or hurt the Forces to mention their actions to the public? 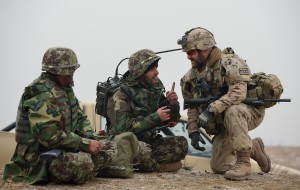 The perception of the Special Forces being overly expensive and therefore unnecessary is a topic also addressed in the book. Several of the authors note that if used in the proper format (counter-terrorism, force multipliers, civil affairs, etc.) the cost of using smaller, more agile forces in hot spots is far cheaper than using a larger force and can produce better results. In this age of cost cutting, a limitation on the training cycles and of proper funding to get the job done is paramount in the minds of the politicians. Sean Mahoney’s essay on the operations of CANSOFCOM in Afghanistan in 2002 offers an example of how the groups did – and more often did not – work well together. The idea of unification of services and their role on the battlefield is critical, especially in an era where technology is constantly reporting any actions.

The final essay, written by Dr. Spencer, considers the future of the Special Forces in the wider concept of war fighting in the early 21st century. She continues along the theme of cooperation of forces with the media and the fact that both must work in conjunction if the ultimate goal is to be achieved (p. 216). The idea that the JTF has their own website was a shock of sorts, as it runs counter to the secret nature of the SF community. The site dispels rumours of what the SF can (or cannot) do in terms of combat skills. The website also serves as a public relations arm of the military as well as a form of propaganda.

For one not familiar with the role or history of Canadian Forces, the essays serve as a good starting point. For a reader outside of Canada, some of the references may be obscure or shocking – I had to look up the history of the Toronto 18 and how it developed. While wide in its scope in Canada, given the domination of American press, it is not surprising that Americans may have only heard of it in passing, if at all. However, that reference also demonstrates the need of similar countries to have constant communication and shared intelligence operations to defeat the enemy in the field.