Early Trench Tactics in the French Army: The Second Battle of Artois, May-June 1915, by Jonathan Krause is a valuable new addition to the series of Ashgate Studies in First World War History. In focusing on the Second Battle of Artois, Krause makes a compelling case that an operation that has often been dismissed as a costly failure deserves a closer look. Consider that on 9 May 1915, the Division Marocaine swept forward four kilometres in a single morning and reached the crest of Vimy Ridge. Yet the French hold on Vimy Ridge proved to be untenable and despite repeated attempts the feat would not be accomplished until Canada captured the same ground nearly 2 years later. Krause puts forward that despite the failure, French operations in 1915 laid the foundation for innovations that had an enduring influence on their conduct of the war. Krause sets two tasks for himself in Early Trench Tactics; first he examines the concerted attempt by the French Grand Quartier Général (GQG) to absorb lessons from the frontline and then disseminate them as a coherent doctrine. In doing so Krause argues that the GQG proved to be more effective than it is normally given credit for. Krause then looks at the experiences of two French divisions, the 34e and the 77e; a useful case study that bridges the gap between theoretical doctrine and the actual experience of fighting soldiers. 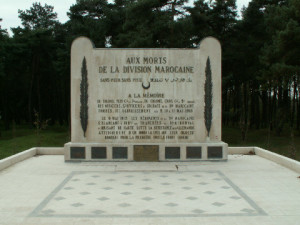 Krause disputes the notion that French high command behaved callously towards their troops and in his examination of the GQG, he finds that the French were both responsive and effective in their efforts to learn lessons coming from frontline experience. Krause argues that there was a conscious effort on the part of the GQG to codify proven tactics into a doctrine that could be disseminated uniformly throughout the army. The initial product of that process was a document called But et conditions d’une action offensive d’ensemble (Goal and Conditions for a General Offensive Action), designated Note 5779 of 16 April 1915. Krause contends that Note 5779 contained a number of innovations, including some that have been attributed to the Germans or to a later period of the war: the rolling barrage and infantry infiltration. Such innovations, Krause insists, should dispel notions that the French were behind the curve in their tactical development.

Yet Krause points out that Note 5779 was far from being a mature document. In his discussion of Note 5779, Krause provides a useful insight into the state of French doctrinal thinking at that early stage of the war. There were, Krause reveals, some deep differences of opinion on how an attack should be conducted which were not fully reconciled in Note 5779. Krause explains that while there was a good consensus that the goal of an attack should be to break through the enemy lines (la percée), whether this should be done in a single operation by feeding waves of reserves into the fight (a continuous battle) or by a series of more methodical operations (grignotage, or bite and hold), was still unclear. Certain aspects of Note 5779, such as the early form of rolling barrage described in the Artillery annex, adhered to the concept of grignotage, while the Infantry annex with its advice to penetrate the enemy lines as far as possible was much more in line with a continuous battle.

French troops in the trenches.

The fundamental contradiction between the artillery and infantry doctrine goes part way to explaining why the Second Battle of Artois unfolded as it did; many French units penetrated further than they could be supported. The case study of the 34th and 77th divisions that Krause provides fills in much of the remaining detail. I found his approach very helpful, permitting an examination of the frontline realities that soldiers contended with in their application of the new doctrine. Factors like the personality and experience of a commander and the amount of time available to absorb the precepts of Note 5779 played a role in success or failure. Perhaps the most important factor Krause identifies was the budgeting of resources like artillery to the attacking forces. Ammunition and heavy guns were still in short supply and could not be distributed evenly. In fact Krause devotes an entire chapter to the challenges and development of the French artillery arm up to 1915. When we examine the fate of the 34th Division we find that the artillery support was not enough to reduce the enemy defenses prior to the attack. While the 34th Division made no headway on 9 May, the artillery preparation of the 77th Division permitted them to exploit gaps in the wire and then follow a rolling barrage through the enemy lines. As spectacular as the advances of the 77th Division and the Division Marocaine were, the lack of uniform success across the whole frontage left them in deep, vulnerable salients that could not be held.

Krause continues his analysis of the battle through to June and the attempts to repeat the success of the first day. He finds that the Germans responded quickly and that improvements to defenses were easier to achieve than improvements to offensive doctrine. In fact, Krause asserts that the shock of the French breakthrough on 9 May prompted immediate changes to German defensive doctrine. With the limited number of heavy guns and difficulties in observing artillery fire over the horizon, French artillery now found itself stymied by new German trenches sited on reverse slopes. The Germans also began constructing deep dugouts for reserves that could shelter them from heavy guns. The placement of trenches on reverse slopes and deep dugouts for reserves were innovations that Krause attributes to the German experience of Second Artois. 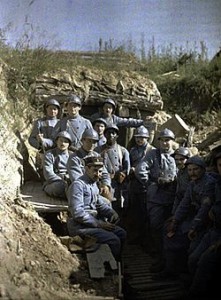 The analysis in Early Trench Tactics is consistently solid and represents an important advance in our understanding of the French Army in the First World War. As Krause points out, the French army is often under-rated, particularly in the first two years of the conflict. The apparent lack of tangible results from the Second battle of Artois has long relegated that battle to unimportance. Yet crucial tactical innovations were put into practice at Second Artois for the first time. Though the new doctrine did not produce immediate victory, Krause asserts that the astonishing success on 9 May made a deep impression on both the French and German armies. For France, 9 May was proof that a breakthrough could be achieved if the methods could be perfected. For the Germans, the rapid breach of their defenses prompted an immediate improvement of their defensive doctrine that would have enduring repercussions for the allies.

The editor of the Ashgate series notes that the books are meant to be read by a scholarly or educated lay audience. Early French Tactics is a specialist book and many readers will find some previous background reading on the French army of WWI very helpful. At $125, the cost of the book will likely discourage a wider readership. The brevity of the book comes from a clear and concise style, and not from any lack of thoroughness. For Canadian readers, Early Trench Tactics may be of special interest. The importance of the French capture of the Lorrette Spur has already been identified in Vimy Ridge: A Canadian Reassessment and Krause’s research adds a crucial piece to the growing understanding of the French role in the battles for Vimy Ridge.