Reviewed by Barry Gough (Victoria, BC)

War at the “sharp end” is apparently dead in naval history, and so is “the face of battle.” Even “the war behind the war” is put on a reserve footing. The geographical determinants of strategy, operations and logistics are apparently now set aside. A darker scenario now presents itself, and an assumption that economic war can win even in the short term, and that a maritime power can defeat a continental one in quick fashion. These are odd turns of events. 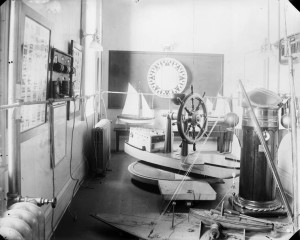 Somehow some of the brains in the pre-1914 Admiralty developed a “short war” scenario, perhaps thinking that even if the new German High Seas Fleet could not be brought to account German trade on and over the seas could be halted – and victory won. But it was not that easy. Nor was it so simple as a matter of strategic thought. Given the geographical nature and circumstance of the British Empire and the nature of British trade and investment overseas in later July 1913, it was an understood precept of British statesmen that protection of seaborne trade, upon which the whole edifice of British power and authority rested, would become a central tenet of defence policy. That the Admiralty planned for a short war on the basis of a form of economic warfare is the argument of this book, and it is exaggerated and narrow to the exclusion of many types of waging war that the Admiralty necessarily had under consideration. In all things, profit and power had jointly to be considered. Possessing a global empire with anchors of empire in every sea, ocean and annex Britain had the advantage not shared by her potential enemies. The global networks of submarine cable and wireless gave connection with governors, consuls, dockyard superintendents and admirals and garrison commanders in outposts of empire and ambassadors and commissioners in places of informal empire. British admirals on distant station had provided the Admiralty and the Director of Naval Intelligence in London with full appreciations of enemy strengths and potential movements should war occur. The fleet was strong in home waters, advantaged against a presumptive enemy. These are the well-known appreciations of British maritime and naval strategy of the age, and tied to them was a doubt that the War Office ought to share in this larger strategy. For that reason alone, as other writers have stressed, the intentions of the Committee on Imperial Defence was bound to find itself cast ashore on rocky ground. As other historians have said, when August 1914 came there was no strategy for waging war other than the fact that the “continental commitment” to operate in conjunction with France was the ruling persuasion. In regards to the author’s claim that in 1912 the C.I.D. accepted a secret plan for all out economic warfare may be nominally true but the implementation of this was far from certain or clear. In fact, little evidence is provided by Lambert of preparations being made in the succeeding months. Lambert glosses over this, perhaps convenient to himself but damaging to the historical record, for Admiralty leaders were grappling with all sorts of other problems, as Shawn Grimes’ Strategy and War Planning in the British Navy (2012) makes clear.

Are we to leave aside all the other logical and well-explained intentions of Admiralty strategic considerations? Are we to sweep these aside in a vain belief that economic warfare would bring an end to war in a short time, by Christmas? The fleet prepared for a war in the North Sea; a hard-pitched battle against the German High Seas Fleet was anticipated, and even hoped-for. It is well known, too, though this gets scant attention here, that from the point of view of the British navy, the initial intention should war eventuate was to destroy enemy wireless stations and dredge up submarine cables, an easy enough task given British dominance on and over the seas. There had been discussion at the War Office and in the Admiralty over the above-mentioned continental commitment, and the original intent was to provide a small expeditionary force to work in conjunction with the French army so as to protect the Channel ports and help keep the German Navy out of the English Channel, vital conduit of trade and military use. Even so, the global nature of the German Empire – colonies in West and Africa and the Shantung Peninsula in the Far East – made the war a world one, for the British were determined to bring it to heel, with the assistance of South Africa and the Indian Army as required. In Tanganyika, France and Flanders the campaigns turned into extended operations while a British amphibious force took Shantung. Meanwhile, all German cruisers were swept from the seas, though not before serious damage was done to British commerce at the cost of several British warships. The war settled into an unimagined long campaign on the Western Front, with campaigns in the Dardanelles (Gallipoli), Mesopotamia and Arabia providing sidelights. All this while Germany was resurgent at sea, the U-boat peril exerting itself in hitherto unimagined ways, with the sinking of the Lusitania. (In classic understatement, the author says that the sinking of this great Cunarder was widely regarded in the United States as an atrocity; it might be more correct to say that it was widely regarded through the civilized world as an atrocity.) By April 1917 the U-boat peril dominated every consideration of the war at sea, and all expectations of the Admiralty and the British public, Press and Parliament had been torpedoed. The economic war long feared by the British had become the reality, and it would take the imposition of convoy, the development of anti-submarine measures other than convoy, and the introduction of the Dover Patrol, the North Sea barrage as suggested by the United States Navy, and the attempted blocking of U-boat nests Ostend and Zeebrugge. Had ASW technology enabled the finding and destroying of U-boats the war at sea would have been different and shortened; as it was, the war was a protracted affair, and once again it was shown how even dominance at sea was slow to effect an outcome on land. 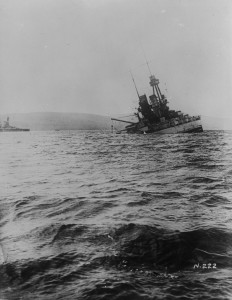 Most of these major themes in modern naval history concerning the First World War are not treated in this volume. In this work of economic history we are presented with a lengthy examination to how rapid results as expected by the British turned into disappointing results. The work is not as new as is portrayed: among other works, Archibald Bell, A History of the Blockade of Germany (1961), C. Ernest Fayle, Seaborne Trade (1920-24) and, most recently and brilliantly, Matthew Seligmann, The Royal Navy and the German Threat, 1901-1914: Admiralty Plans to Protect British Trade in a War against Germany (2012) all portray an appreciation that in a war against Germany and the Central Powers the long haul would eventuate, and the Admiralty was often prone to exaggerate Germany’s capabilities of destroying British seaborne trade. All the more surprising then that we learn that planners in the Admiralty imagined an economic throttling of enemy seaborne commerce that would lead to a short war. They were as wildly foolish as they were grievously disappointed, partly because the British Ministry could not or would not enforce total war of this sort. The plan was never implemented. There was another obstacle. The American administration under Woodrow Wilson balked at British measures, for they feared loss of profits in trading with the enemy. This exasperated the British, who nonetheless buckled to the pressure. The British government and the Ministry were transformed by ongoing difficulties and shied away from full adoption. International law needed to be observed, as the Navy could not turn into pirates and seize any suspect merchantman. The shells crisis and the incompetence of British generals get no attention here. Not until war was declared could the British act on and over the seas with decisive naval assets, and many unhappy developments such as the escape of the Goeben fall beyond the interest of the author. They do not fit the economic mode for concern.

The Anglo-American aspects of this work gain our attention. The United States profited mightily from this conflict before and after their late (and some think tardy) intervention. The Lusitania sinking did not change American aloofness. Cotton, an essential sinew of war, became a noted example of British difficulties to check American trading. One senses all the campaigns of a behind the scenes Anglo-American war. Appreciations of the international law of the sea come into play, with belligerentand neutral rights become matters of complications. Admiral Mahan, writing about the War of 1812, would understand. American interests in freedom of the seas focused on their own trade and profits first and foremost. In these circumstances, those at the Admiralty and the Foreign Office were often tied as to where their hands might move. There has been much wringing of hands on this subject of why an intended and expected war became a long and protracted affair. This work is another contribution to the already vast literature. But the claim made, that this work will overturn existing appreciations of preparation for war and implementation of such preparations, is exaggerated; it would be more correct to say that its treatment of the subject supplements the already huge existing literature that has time and again sought to explain why it was that the greatest instrument of sea power proved so unable to command victory. In such a war continental powers hold a decided advantage at the outset, making short-range asumptions foolish. In that sense the Admiralty underestimated what would be required to bring Germany and the Central Powers to heel. As long as the United States remained a neutral trader, one subverting British strategy, economic warfare was too high a stake in which to place decisive trust. The book ends before the U-boat was had been checked and the German Navy was beset by mutiny. Sea power is almost always slow in its effects, save where decisive battle brings a victor and highlights the vanquished. Looked at it from that perspective the British were wildly optimistic in thinking a short war even a possibility. History had taught them lessons but these they ignored to their cost and peril. This work is based on the customary primary documents. There is no bibliography. A number of errors exist: it should be the steamer Princess Margaret, Donald Schurman, and Rodderick Suddaby. Arthur Marder did read Ruddock F. Mackay’s Fisher of Kilverstone in draft, which disqualified him from reviewing it in public.

And last, but certainly not least, it is entirely self-serving to portray one’s own work as being so revolutionary as to overthrow previous examinations and interpretations. By way of contrast, Mahan, Corbett and Marder never needed to portray their work as groundbreaking, and it was left for others to apply that label to them. Nowadays authors and publisher seem to advance at their peril.