Change is the only constant in human existence that transcends nationality, religious affiliation, language, or culture. We study history in order to better understand this change; whether it is a dramatic moment, or a slow evolutionary development over time. Navies, like any aspect of society, undergo constant change. In his recent book The Challenge of Command: The Royal Navy’s Executive Branch Officers, 1880-1919 Robert Davison looks at the Officer Corps of the Royal Navy (RN) during a critical period of its transition between the years of 1880-1919. This was a pivotal period for the Royal Navy as it moved from a fleet based on sailing ships to steam-powered, all-metal constructed warships. During this same period England faced other challenges including a changing strategic situation as Germany began to rise as a rival and policing the empire became a secondary consideration to the threat to England itself. This was also the period where the rise of mass media began to have an impact. The Royal Navy, as the first line of defense of England, was not spared constant scrutiny by English society to ensure it would be ready when the moment came. Thus, Davison’s study examines a period of critical transformation for naval officers that had significant repercussions on the naval war from 1914-1918. While focused at military history, it is fascinating that Davison intertwines the narrative to tell a social and cultural history in parallel.

The focus of Davison’s work is the Officer Corps and the pressures it was under during the period. The choice is an interesting one, as it provides a fascinating look into the making of the RN at the turn of the century. History has focused a great deal on the change of technology, ship design, and the new geo-strategic realities of the period. In contrast the men that manned the ships and the real sinew of the navy have been all but ignored, until now.  In the space of ten chapters, including an introduction and a conclusion, the author does several things to enlighten our understanding of the pressures on the men who made up the RN’s officer corps. He establishes how the Royal Navy traditionally found officer cadets, their education and eventually their promotion through the ranks. Part and parcel with the creation of the parameters of officer recruitment and education, the author outline’s the role of the naval officer within the greater social structure of imperial England; their social rank, methods for improving their position within the hierarchy of English society and how their influence impacted, potentially, those around them. It reveals a fascinating period and deflates a great many of the myths at the same time. While birth and station in life helped some to establish a position in the RN, Davison makes it clear that this was not a universal truth. Many of the lower class entered the RN as officer cadets in part to raise their social standing through an honorable profession and the social status of being an officer. 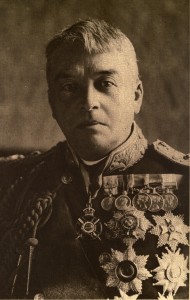 The core of Davison’s book is an examination of the forces that were at work to change the time honoured system of officer creation in the Royal Navy. In the process he tells a compelling story of how the changes in society impacted what most expect to be the insular world of the naval officer. On nearly every front, Davison demonstrates how the executive branch was constantly besieged with the need to change and adapt in a world of rapidly changing forces. Technology, often studied by other authors, put an increased pressure on the RN to improve technical skills and knowledge in new cadets and provide a more scientifically literate officer. While not hostile to the science of engineering, officers were often hostile to the profession of engineering and the threat they perceived it posed to their leadership role aboard ship. As the navy increased in size and cost, there was an increased awareness of this in the media of the period and a corresponding increased concern about the RN officers being able to cope in modern combat. This was intensified post-Boer War (1899-1902), when the army was forced to rethink its methods and doctrine in the face of modern technology. With the social changes of increased franchise and decreased class differences, the media played an even greater role in shaping public views of the RN and officers, who were concerned about their position in society and were not happy about this new scrutiny.

Logically, the next aspect of The Challenge of Command is the explanation of how the Royal Navy sought to change the status quo. In essence, to rewrite the social contract between officers and society to preserve both the privileges and positions of the officers, while modernizing them in the period leading up to the First World War. What the author is really talking about is the rise of professionalism within the Royal Navy and a decline, at least partially, of the idea of the nineteenth century noble officer. Improvements to education and in officer selection, adjustments to recruitment to increase the pool of available candidates, acceptance of the engineering officers, etc., all combine with an increased emphasis on skill over birth or social rank and contacts for promotion and success. Competent officers had to be able to adjust to the new reality. This was not easy however. The need to pull all this together was underscored by rapid fleet construction of dreadnoughts and supporting ships to replace older vessels. The naval arms race with Germany only intensified this rapid expansion of the fleet. More officers were needed than the system could produce. New changes like the Selborne Education Reforms of 1902 were meant to fix this problem, but it takes time to iron out the kinks in any system. 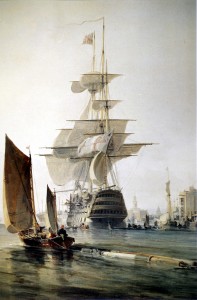 The result was an officer corps that had to accept more and more non-elites to provide the numbers and competence to do the job, something that proved challenging to say the least. To preserve their role in the navy, the executive branch turned to both naval history and theory to justify their role as thinkers above technical ability and on journals and staffs to organize the change and help support it. The role of naval history and theorists like Mahan is a fascinating inclusion by the author. The direct linkage between the lessons of history, and by lessons we think of the nineteenth century view of positivist science and argument producing universal laws of military science to guide military leaders, is important. In an almost Jomini like way, the military history and theory were seen as the domain of the naval officer who, through study, mastered the universal principles. Good leadership entails understanding and applying the laws properly. The executive branch guaranteed its position by taking on the role of the master of such things, ensuring their dominance over engineers and any others who challenged their authority in naval matters. Ironically, by grasping at this straw they missed the overall fact that these universal laws were not so universal. In fact, they were dependent on factors like technology, and a more flexible approach was warranted. The ultimate irony of course is that the Royal Navy turned to an American author, Alfred Thayer Mahan, to help their officers justify and maintain their dominance when far better work was being done by Sir Julian Corbett, among others. 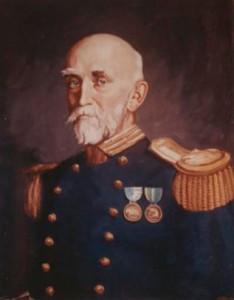 The most surprising aspect of Davison’s book is not part of the initial plan, but it certainly appears for the careful reader. By examining the forces at work on the executive branch of the RN, the author opens a window into the navy of the period. But like all windows it is a two-way transition for the reader. In the process, the author reveals a fascinating glimpse into the times and the forces at work on society in general. Several examples of this stand out; the role of mass media in decision making in Parliament, the impact of bureaucracy on the navy, the clash of personalities of the period, and of course the view of a society in the midst of transition from one dominated by old feudal traditions of nobility to one of a society controlled by the electorate and the inevitable struggle to hold on to position, power and authority. As part of that transition, an important sub-story revolves around working families and their desire to see their sons join the RN as cadets and future officers. An honorable profession with a good chance of social advancement, the financial burden of supporting their children initially would be repaid via climbing in social standing and a steady income and financial self-sufficiency far earlier than in the civilian job market. To do this though required a significant amount of money over the years of their training, additional education to ensure that they were ready to be a cadet and to give them the best chance to rise through the ranks.  The view into England at the turn of the century from a social and class level is a surprising and important addition to the book that should not be ignored.

Unfortunately, I would be hesitant to recommend the book to the general public for mass consumption, but not for the usual reasons. The book is a fascinating read but as a text it has a couple of liabilities. It is definitely written with an expectation of some knowledge in the field of British history, and British Naval history specifically, to draw from. With this kind of background the book lays out its arguments well and is easily understood. However, if you do not know the personalities and the issues of the period, it can be a bit confusing. Closely related to this issue is the density of the text. Because it reveals so much about the period, technical issues of officer education, the social and cultural experience of the times, etc., each chapter is extremely rich with important information. However, it can make it difficult to read unless you are ready for it. This might explain why I was left wanting for a bit more of an explanation of certain things like the Selborne Education Reforms. Overall, I would have rather seen an additional chapter or two to more completely explain those issues and perhaps allow the reader to follow the text more clearly.

Overall, I highly recommend this to anyone who has a deep passion about the Royal Navy or this period in English history. Anyone working on the training of officers or interested in these aspects would definitely benefit from a read of this book. For those just interested in the Royal Navy for personal interest or in England at the turn of the century for personal pleasure, I would say buy the book and put it on the shelf. Go out and read some more on the subject and then come back to it. With this background you will take pleasure in the fullness of the text and benefit far more from what you read.