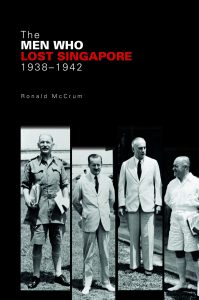 Just after midnight on 8 December 1941, Japanese troops came ashore at Kota Bharu, on the east coast of Malaya, in one of the opening moves of the Second World War in the Pacific.[1] Two days later, Japanese aircraft sent the Royal Navy’s capital ships Prince of Wales and Repulse to the bottom of the South China Sea, effectively ending the navy’s ability to prevent further landings down the coast. Allied air assets in the region were destroyed so quickly that the Japanese had air superiority by the end of the first week of the campaign. Fighting their way down both sides of peninsular Malaya, often by leapfrogging ahead of the retreating ground forces by sea, the disciplined and aggressive Japanese invaders made short work of the inexperienced British, Australian, Indian, and Malay defenders. By the end of January 1942, the entire Malay peninsula was in Japanese hands, with only the narrow Johore Strait separating them from the island of Singapore. Japanese landings commenced on 8 February, and by the evening of the fifteenth it was all over. The entire campaign lasted seventy days, surprising even the Japanese, who had estimated it would take one hundred.

Referred to by no less a personage than Winston Churchill as “the worst disaster and largest capitulation in British history,”[2] the fall of Singapore has spawned an enormous literature, as colossal military defeats usually do.[3] Very few books, however, “examine in detail the role and the responsibilities of the colonial government both in the lead-up to the war and during it” (from the prologue, p. x), but that is precisely what Ronald McCrum, a retired British Army colonel with service in postwar Malaysia and Singapore,[4] sets out to do in The Men Who Lost Singapore, 1938-1942. The fruit of extensive documentary research in archives on both sides of the world, the portraits of the civilian leadership painted here reveal a group of men extraordinary for their mediocrity. For example, C.A. Vlieland, a senior member of the Malayan Civil Service appointed in 1938 as Secretary for Defence, Malaya—and tasked, moreover, with a study of emergency food supplies—thought that it would be better to have no military reinforcements sent to the region due to the difficulty in feeding them. Alfred Duff Cooper, assigned to Singapore as Minister Resident in September 1941, had been a failure as Minister of Information in Churchill’s cabinet. Receiving little cooperation from local authorities resentful of this intrusion into their affairs, his appointment was terminated the following January. As for the governor, Sir Shenton Thomas, the picture emerges of an unimaginative administrator who stuck to his instructions from the Colonial Office to maintain the production of rubber and tin at all costs. His “renunciation of reality” (p. 160) in the face of rapidly approaching defeat went as far as to refuse to release civilian labour for the construction of defensive works because it would be “bad for the morale of the population” (p. 10). With a cast of characters such as this, it is difficult to escape the conclusion that the administration of the Far East functioned for London, at least in part, as a dumping ground for second-rate talent.

The quality of the military leadership in theatre serves, if anything, to strengthen this impression. The Commander-in-Chief, Far East Command, Air Chief Marshal Sir Robert Brooke-Popham, returned to active service in 1939 at the age of sixty-one after serving two years as governor of Kenya. Described by McCrum as “elderly,” “old-fashioned,” and “unsure” (p. 70), he was replaced in December 1941 after little more than a year in the position.[5] Lieutenant General Arthur Percival, General Officer Commanding Malaya, had commanded nothing larger than a division prior to receiving his appointment in March 1941.[6] Unprepossessing in appearance and described as “not a leader” by Duff Cooper,[7] his greatest failing was arguably his steadfast refusal, despite the impassioned pleas of his Chief Engineer, to allow fortifications to be built on the north shore of Singapore Island because, in his words (echoing the thinking of Governor Thomas), “defences are bad for morale—for both troops and civilians.”[8] But the most controversial figure among the Allied leadership is probably Major General Gordon Bennett, commander of the 8th Australian Division. Outspoken, impatient, and uncooperative with subordinates and superiors alike, he is perhaps best remembered for absconding at the last moment rather than going into captivity with Thomas, Percival, and the remaining men of his division. This action of his became the subject of a military court of inquiry and a Royal Commission in Australia after the war.

It may seem that the attention paid here to senior figures in the military is misplaced, but that is not the case; indeed, on more than one occasion I found myself flipping back to the prologue to confirm that the colonial government was, in fact, intended to be the primary focus of this book. Even the front cover, with its photographs of two military men and two civilians, suggests that equal attention will be devoted to both groups, and it is my impression that that is an accurate representation of the book’s contents. That is not necessarily a bad thing, though, particularly for the reader with no prior exposure to the Malayan campaign. In a more general sense, too, The Men Who Lost Singapore is a far cry from the sharply focused study of the civilian leadership announced in the prologue. This becomes apparent no later than the second chapter, “Harbingers of War,” where an overview is provided of the strategic situation in the Far East that includes, among more pertinent information, a comparison of Japanese rice production figures for 1940 with those from 1868. Although thoroughness of this sort will undoubtedly be beneficial to many, what McCrum does here is in some ways akin to beginning every book on the Second World War in Europe with an overview of Nazi ideology. In those parts of the book dealing with the actual fighting, although the author gamely leavens his account (as he does throughout the work) with such material as extracts from Legislative Council and War Council minutes, the correspondence, diaries and private papers of figures such as Thomas and Duff Cooper, and material from contemporary newspapers, it is nevertheless perhaps inevitable that military affairs at the strategic, operational, and even tactical levels should receive the lion’s share of the attention. The chapter entitled “Aftermath,” primarily covering the period of Japanese occupation, is technically not even necessary because, by this time, the “men who lost Singapore” had done their work; nevertheless, the author gratifyingly ties up loose ends by describing the fates, both during the occupation and postwar, of many of the principal figures, including on the Japanese side.

In light of the foregoing, I think it would be fair to describe this book more as a retelling of the Japanese conquest of Malaya and Singapore with an emphasis, where applicable, on the actions of the civilian leadership. If a failure to adhere rigorously to its stated purpose was its only problem, I would not hesitate to describe this as an excellent volume. Unfortunately, this book suffers from numerous difficulties, of which considerations of space oblige me to discuss only the most pressing. While the author writes very well at the level of the paragraph, as well as at the level of the entire book, which is competently organised, what he cannot seem to do is write well at the level of the chapter. We often see the narrative moving along briskly for generally anywhere from three to six paragraphs before the subject matter changes abruptly, usually going back to something said before, without the extra line break between paragraphs customarily employed to indicate this. Subject headings within chapters, which likely would have helped to minimise this tendency, are not used. Time and again, phrases like “as mentioned earlier,” “as we have learnt,” or “as noted in the previous chapter” appear—a sure sign of a writer who has trouble organising his or her material. The opposite problem occurs as well; that is, the author not remembering that he has given us material previously. For example, we are introduced to Duff Cooper twice, in two consecutive chapters, in almost identical language each time. Worse still is the appearance of an identical block quotation from Duff Cooper’s autobiography twice in the same chapter.[9] Greater diligence on the part of the editorial staff would have greatly improved McCrum’s manuscript in this regard.

Although published by a university press (NUS is the National University of Singapore), this book lacks any attempt at an overview of previous scholarship on its subject, normally de rigueur in academic writing. However, footnotes and a meticulously compiled bibliography distinguish this work from the products of the “retired British colonel” school of military history writing that were once so common. Certainly, anyone in future doing scholarly work on the actions of the colonial authorities in Singapore during the Japanese invasion will need to take into account McCrum’s findings. As for the more general reader, I have to say that I thoroughly enjoyed reading this informative book despite its flaws—which may have been due, at least in part, to a desire to release the book in time for the 75th anniversary of the surrender. Whatever the case, Colonel McCrum’s emphasis on the civilian leadership represents an unexpectedly original approach to a story that has been told many times before, and for that alone he deserves high marks.

[1] The attack on Pearl Harbor commenced shortly afterwards. Due to the International Date Line, the date was 7 December in Hawaii.

[3] In addition to Churchill’s Second World War and the titles cited below, any overview should include the relevant volume of the official history: S. Woodburn Kirby et al., The War Against Japan, vol. 1, The Loss of Singapore (London: H.M. Stationery Office, 1957). The works of Louis Allen, a Japanese-speaking intelligence officer during the war, should not be ignored: see his Singapore 1941-1942 (London: Davis-Poynter, 1977). The most prolific author in this field today would probably have to be Brian P. Farrell, professor of history at the National University of Singapore; most recently, see his co-edited work with Sandy Hunter, A Great Betrayal? The Fall of Singapore Revisited (Singapore: Marshall Cavendish, 2010).

[4] “Five Minutes with Ronald McCrum,” News, NUS Press, 24 February 2017, https://nuspress.nus.edu.sg/blogs/news/five-minutes-with-ronald-mccrum. The book itself, oddly enough, does not provide this information, describing the author on the back cover simply as a retired British army officer.

[5] The photo of Brooke-Popham on the front cover, far left, amply justifies the “slightly baffled good nature” attributed to him by the writer J.G. Farrell, whose exhaustively researched historical novel The Singapore Grip (London: Weidenfeld and Nicolson, 1978; the quotation is from p. 117) covers the same period as McCrum’s volume and is highly recommended.

[8] Ivan Simson, Singapore: Too Little, Too Late; Some Aspects of the Malayan Disaster in 1942 (London: Leo Cooper, 1970), 69. McCrum purports to be quoting this passage on p. 176, but comparison with the original reveals a very free paraphrase. Simson, a brigadier in 1942, was the Chief Engineer in question.

[9] Both times McCrum has silently omitted a small amount of material appearing in the original passage. To muddy the waters further, the second time this extract appears he attributes it to a War Cabinet document in the National Archives, Kew. I have confirmed that the material is from Duff Cooper’s published autobiography, therefore I cannot see how the second citation can be correct. These irregularities, together with the problem mentioned in my previous footnote, do not inspire confidence in the reliability of the author’s documentation overall.