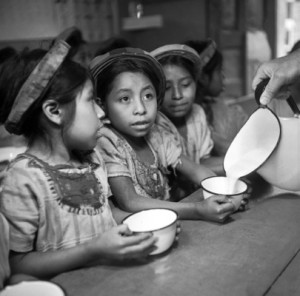 The historiography of the Cold War has traditionally focussed exclusively on the polarized diplomatic maneuvering and military conflicts that entangled the United States and the Soviet Union following the Second World War. Tarah Brookfield’s Cold War Comforts: Canadian Women, Child Safety, and Global Insecurity (2012) contributes to the growing body of scholarship that examines the Cold War “home front,” and topics concerned with gender, family, sexuality, and the politicization of culture. In this study, Brookfield concentrates on understanding the different ways Canadian women responded to the threats and fears associated with the Cold War between 1945 and 1975. The rampant threat of global nuclear war placed a dual emphasis on men and women’s contributions to national defence. With war no longer constrained to distant battlefields, women were expected to help defend the “home front,” and minimize the consequences of an attack. The Cold War transformation of civil defence into a domestic responsibility led Canadian women to mobilize and advocate for causes they believed would bring peace, protect their families, and improve global welfare. Brookfield argues this early form of activism was maternal in nature and often reflected the caring and nurturing qualities associated with the tradition female vocations of nursing, teaching, social work, and volunteerism. The significance of what Brookfield refers to as “maternal feminism,” is that it provided women with a nonthreatening avenue for involvement in the typically male realms of defence, diplomacy, and foreign affairs.

Cold War Comforts examines the intersection of Canadian domesticity and the global Cold War. In order to blend elements of political, military, and socio-cultural analysis Brookfield first acknowledges the foundational themes that have dominated the study of the Cold War. A number of significant works of international history are referenced, John Lewis Gaddis’ The Cold War: A New History (2006), and Melvyn Leffler and David Painter’s edited volume Origins of the Cold War (2005) being two such examples. To narrow this context for the purposes of analyzing Canada, Brookfield also incorporates the perspectives of several notable Canadian Cold War historians, including Reg Whitaker and Gary Marcuse’s Cold War Canada: The Making of a National Insecurity State, 1945-1957 (1994). With its more specific concentration on civil defence, Cold War Comforts contributes to a relatively new subfield that is also the focus of Andrew Burtch’s Give Me Shelter: The Failure of Canada’s Cold War Civil Defence (2012). In contrast to Brookfield’s study, Burtch argues that the Canadian public largely rejected civil defence because of unrealistic and expensive evacuation and survival strategies. Throughout the historiography it is widely accepted that Canadian Cold War fears largely revolved around the threat of nuclear war that accompanied the nation’s geographic proximity to the United States.

The domestic threat to Canada posed by the proliferation of nuclear weapons marked a definitive change from the First and Second World Wars. With the exception of the Korean War, Canada’s Cold War military focus was the protection of North America through participation in strategic alliances. Men did not leave en masse to fight overseas and the “home front” became the focus of comprehensive civil defence initiatives. Analysis of published material from Canada’s Departments of National Defence and National Health and Welfare clearly demonstrates that the domestic responsibility to prevent a nuclear attack was shared by both men and women. Brookfield is particularly interested with the process of gendered mobilization. At the height of civil defence planning, government officials targeted specific gender-segregated occupations. The largest group of women mobilized for civil defence brought experience in healthcare, welfare, and education. Professional nurses, social workers, and teachers, were deemed to have the vital experience required to organized, feed, shelter, cloth, and care for the victims of nuclear war (p. 26-27). Women were to play an important role in minimizing the outcome of war, particularly with respect to children. 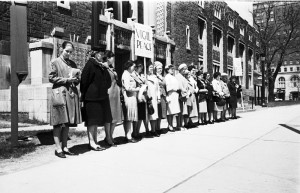 Voice of Women Peace Vigil in front of the Royal Ontario Museum, Toronto, 1963.

Brookfield argues that this initial involvement with civil defence empowered Canadian women. It is important to first note that Cold War Comforts relies on a fairly general characterization of “Canadian women.” Certain women receive more attention, most notably women directly involved in Cold War activism, mothers, and those employed in occupations critical to civil defence. While the attitudes of women opposed or indifferent to activist initiatives are not substantially explored, Brookfield stresses that communities of women did transition participation in civil defence into advocacy for causes they believed would lead to peace and Cold War détente. For example, utilizing the organization’s archival collection held at Library and Archives Canada, the advocacy of the Woman’s Committee for Peace (later the Voice of Women) is examined. One project coordinated by Voice of Women included the collection of over 45,000 baby teeth, donated by Canadian mothers to a dental researcher for the purpose of examining how radioactive elements were absorbed by the body. Brookfield suggests “the understanding that fallout was an invisible and irreversible pollutant drove thousands of women to join the peace and disarmament movement in the 1950s and 1960s” (p.71-72). While women’s peace activism long predated the Cold War, opposition to the particularly harmful effects of nuclear war on children motivated a variety of initiatives.

Children had symbolic importance for Cold War peace activists. Brookfield suggests that feeding, clothing, and healing foreign children was viewed as a tolerable avenue of international activism for women (p. 14). The United Nations (UN) and its related agencies were regularly embraced as legitimate advocates of child welfare. One strength of Brookfield’s analysis of the UN is the discussion of the racial elements of child-focused campaigns. Foreign aid programs were designed to provide Canadian families with the opportunity to be part of the solution to the “problems” that existed in the developing world. It was widely believed that the responsibility for the salvation of foreign (non-white) children lay with the white, heterosexual, middle-class Western family. Initiatives such as the United Nations Children’s Fund’s Trick-or-Treat fundraising campaign enlisted Canadian children to help the vulnerable of the “Third World” (p. 103-104). In the context of the Cold War, the importance of foreign aid was directly tied to the potential for poor nations to fall under the destructive influence of communism.

In addition to investigating the role of the UN, Brookfield devotes much of the later half of her study to foreign child sponsorship and international adoption. It is argued that through foster parent plans or adoption, Canadian women had the opportunity to export their mothering to improve the life of a child directly impacted by war (p. 133). With motherhood transitioning from a private responsibility to a pillar of public policy, domestic priorities were thrust into the international arena. Brookfield explains that a distinctly maternal rhetoric allowed women to operate in a traditionally male sphere of influence. Child welfare concentrated on the caring, co-operative, and nurturing aspects of women’s Cold War activism (p. 73). This “maternal feminism” persisted through the more expansive feminist goals of the 1960s and 1970s and allowed Canadian women to participate in the more political debates of the Cold War. 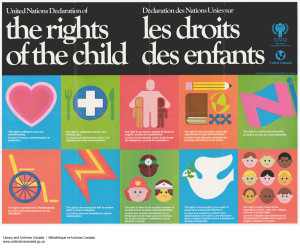 United Nations Declaration of the Rights of the Child

A significant component of Brookfield’s source material is the personal papers and interviews of Canadian women involved in Cold War activism. Oral history is an increasingly relevant source of evidence and is especially important for this topic because women’s voices are significantly underrepresented in traditional Cold War historiography. Brookfield explains that for Cold War Comforts, she interviewed female activists and their families, but does not detail the process by which she selected her subjects. Given the focus on the maternal nature of women’s activism during the Cold War, questions remain as to how these activities impacted individual family dynamics. Brookfield explains that large interracial adoptive families in Canada were often subjected to racial prejudice, and interviews with the Bronstein family discuss distinct memories of separation while their mother facilitated international adoptions in foreign countries (p. 206). An expanded reaction from the male perspective, however, would provide greater context as to how women’s activism altered gender relations. Woman’s roles during the Cold War largely revolved around children’s health and safety and the general well-being of the family, an emphasis which attempted to mitigate their encroachment in the male realms of defence and foreign affairs. Expanding the analysis to include some additional individual male voice would shed light on whether this contradictory international role advanced by women was deemed to challenge the traditional understanding of family and established gender roles.

Cold War Comforts is an engaging study that examines the domestic and international activism of Canadian women between 1945 and 1975. Brookfield’s work is an important contribution to the historiography of the Cold War because of the connections established between foreign policy and the protection of children’s health and safety. The fusing of socio-cultural analysis with traditional political and diplomatic points of emphasis creates a far more nuanced understanding of the ideological conflicts that characterized the Cold War and plagued the twentieth century.