Reviewed by Edward A. Gutiérrez (University of Hartford)

“War Is Hell,” wrote Cyrus F. Inches in a letter home to his brother on 18 January 1915. (p. 55)  If this were the only book you read on the Great War you would not believe him.  The war remains infamous for the brutality of the trenches on the Western Front, the endless mud, constant shelling, and omnipresent mustard gas. But as editor Valerie Teed comments in her introduction, “you’d never know it from reading the letters to ‘Dear Ma.’” (p. 9)  Inches’s letters, most of which were written to his mother, brother Ken, and sister Connie, along with a 1919 booklet titled, The 1st Canadian Heavy Battery in France, remained buried for almost ninety years until his great niece-in-law, the editor, decided to publish them.  Teed transcribed 150 of roughly 200 letters that Inches wrote to his family – from the start of his journey in Montréal in August 1914, until his imminent departure from North Wales in April 1919.  With this book, Teed provides the reader with a revealing window into the military life of an artillery officer who confronted the war with a smile, even after enduring the Somme, Vimy Ridge, and fifty days on the front line during the 1918 German Spring Offensives. 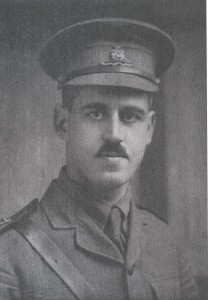 Inches was a cultured man.  Born in Saint John, educated at Kings College Law School (BCL) and Harvard University Law School (LLB), he was a member of the 3rd New Brunswick Regiment of the Canadian Garrison Artillery in Saint John before he became an officer in the 1st Canadian Heavy Battery.  After a helpful “Who’s Who in the Inches Letters” and introduction, Teed lets Inches tell the rest of the tale in twelve chapters.

When the war broke out, Inches, like many others, was anxious for action and longed to go to the front.  At thirty-one years old and unmarried, he found camp life and training, “Quite a monotonous program.” (p. 29)  This belief was common among the majority of soldiers, but as the reader learns, the rest of Inches’s reactions to the war would be uncommon.  Even as he faced the difficult living conditions and the incessant rain that blanketed the Salisbury Plain in late 1914, by the second chapter Inches’s exuberant attitude and sense of humor were evident.

Inches maintained a humorous tone with almost every letter he wrote home.  He never described the violence he witnessed and rarely mentioned combat.  When he did, it usually concerned the firing of artillery – in Inches’s case, the British breech loading 60-pounder.  Besides the occasional artillery reference the only combat found in the book are sections of Inches’s 1919 booklet. Here Inches does reference the battles he experienced, which Teed intersperses throughout the volume.  The inclusion of these sections by Teed sometimes provided helpful background for Inches’s journey, but still leaves the reader with a sanitized version of the war.

While the combat experience of artillerymen differs from that of infantrymen, it is interesting to note the complete absence of alarm or trauma within Inches’s letters; even as a fellow officer nicknamed Horatio, “came to the end of his tether” after his extended time on the front. (p. 152)  Teed argues that Inches, a man of strong constitution, “was able to cope with the privations and horrors of wartime life.” (p. 13)  It is also arguable that Inches did not dwell on the brutality of war for fear of censorship or making his family nervous about his safety (a standard tactic used in wartime letters), especially his mother whom he wrote to most frequently.  Besides the letters he received, Inches always stressed the importance of care packages to boost his spirits and those of his fellow soldiers – as important to soldiers then as it is today.

Always with high morale, Inches wrote of only rare frustrations such as the stench of manure that permeated the countryside as well as the smell of the trenches themselves which were often overpopulated with rats.  He only indicated malice toward President Woodrow W 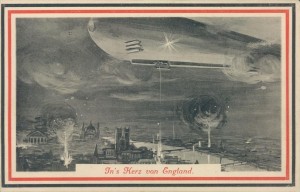 ilson for not entering the conflict sooner and the Germans, who as the war progressed received the label of ‘Huns’.  Inches scorned the Germans for their establishment of daylight saving time, the burning of churches, destruction of Belgium, and “the rotten way they fought.” (p. 266)  To Inches, Germany’s strategic bombing of Britain amounted to little.  He acknowledged that while some people dreaded the attacks, the air raids on London and Folkestone he experienced in 1917 did not even alter his daily routine. In fact, he attended the theater and received a haircut right in the middle of an attack.  He concluded, “The damage done is really negligible.  Statistics show there are more casualties from traffic accidents.” (p. 215)  Nonetheless, Germany’s air raids against Britain left 1414 dead and 3416 injured.

The following year, the Armistice passed without notice in Inches’s letters. It is doubtful Teed would have left these letters out of the book, yet it is peculiar that Inches made no reference to the end of hostilities.  Perhaps Inches was more concerned with events around him than with those beyond his control.  Even when his mother passed away in July 1917 and less than two years later, his father in February 1919, he still wrote of concern for others and thought often of the plight of horses, which endured the burden of pulling the heavy artillery through muddy fields and roads, and without whom, the artillery would never move. 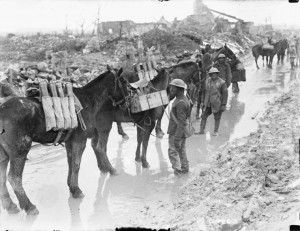 Uncle Cy’s War provides a distinctive voice to the Canadian soldiers’ experience during the Great War, however, those unfamiliar with the Canadian Expeditionary Force or the war in general, might require additional study.  While excerpts from Inches’s 1919 booklet do provide context, the narrative is somewhat disjointed, particularly in the last two chapters. Teed could have avoided this shortcoming by providing supplementary background text for the reader.  Teed’s footnoting is also too sparse and imbalanced. For example, she provides taut notes on the Maxim machine gun and Woodrow Wilson, but none for unrestricted submarine warfare or King George V.  And what happened to Inches?  This is also not clear. It would have been interesting to know what Inches did after the war, and if possible, detail how he remembered the war from a distance.

Overall, Teed accomplished a remarkable task when she transcribed the worn, stained letters of Inches. This book passes on the story of a soldier who remained cheerful throughout the Great War, even after enduring the grueling combat on the Western Front and the loss of both his parents.  Uncle Cy’s War demonstrates the resolve and strength of the human spirit.