Review of Ian McKay and Jamie Swift’s Warrior Nation: Rebranding Canada in an Age of Anxiety by David Borys

Ian McKay and Jamie Swift, Warrior Nation: Rebranding Canada in an Age of Anxiety (Between the Lines: Toronto. 2012). 304 pages.

Canada is in the middle of an ideological war, and our cultural soul is at stake. Or so Ian McKay and Jamie Swift would have you believe in Warrior Nation: Rebranding Canada in an Age of Anxiety. In this smoothly written and highly contentious book, McKay and Swift set out to show how a small group of right-wing ‘New Warriors’ are manipulating our history in a way that makes current military endeavors a part of a long and proud history of nation-building warfare. This cabal of politicians, academics and the media has schemed to “militarize” Canadians’ interpretation of their history and identity, and in so doing situate Canada neatly within the strategic context of what the authors label as the dominant ‘Anglo-Sphere.’ Primarily aiming their diatribe at Stephen Harper and Canadian conservatives, as well as military historians J.L. Granatstein and David Bercuson, the authors warn against a “toxic rebranding of our country,” (p. xi) and take issue with the annexationist approach to Anglo-sphere nationalism which, they claim, argues that “Canada…has nothing to do with peaceful accommodation and steady improvement in the public good…Rather it was created by wars, defended by soldiers, and kept free by patriotic support of its military virtues.” (p. xi) 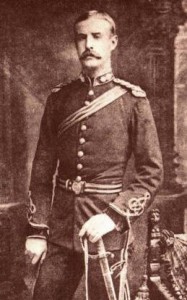 McKay and Swift utilize a basic, albeit problematic approach to construct their narrative. They examine the lives of four Canadians who in one way or another reflected the cultural attitudes of their time towards Canadian foreign policy: Bill Stairs, a Victorian-era explorer of Africa; Tommy Burns, one of Canada’s most active 20th century soldiers; Lester Pearson, the father of peacekeeping; and James Endicott, a vilified pacifist and Methodist preacher. Concurrently, the narrative explores Canada’s participation in the conflicts of the twentieth and twenty-first century including direct military participation, peacekeeping and peace building efforts.

Using this framework, the authors argue that our current foreign policy crafted by right-wing conservatives reflects the Victorian Imperial values of Bill Stairs more than the Cold War peacekeeping values of Lester Pearson. Integral to this re-branding effort by the ‘New Warriors’ is a rejection of the peacekeeping ethos and values in favour of a more aggressive foreign policy reflective of that of our Anglo-American allies. This highly selective narrative structure gives the authors the flexibility to fulfill their obvious political agenda of attacking right wing defence institutions and think tanks, the First World War, the war in Afghanistan, current Remembrance Day practices, Canada’s relationship to the US, the subject of military history generally and military academics in particular, Don Cherry, Glen Suitor (a TSN analyst), an Edmonton dentist, and other personalities and entities that the authors suggest are complicit in the ‘New Warrior’ rebranding of our nation.

Two chapters that stand out are not focused on the lives of individual Canadians, but rather examine Canadian foreign policy since the Second World War. Chapter five details the classical age of peacekeeping of 1950s to the early 1990s, arguing that Canada’s peacekeeping policy was at odds with US foreign policy; in their minds a remarkable achievement considering Canada’s junior-partner status on the continent and in the Cold War. The peacekeeping efforts of this period, however, allowed Canada to foster a distinct international role without angering the US. The authors at least admit that our peacekeeping efforts were not a “peaceable alternative to Cold War bullying, but rather its complement.” (p. 175) 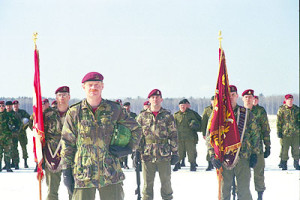 The Canadian Airborne Regiment disbanded as a result of the Somalian Affair.

Chapter Six explores the so-called “Decade of Darkness” by examining the demise of traditional peacekeeping after the end of the Cold War. It focuses on the storm created over the broadcast of the television program The Valour and the Horror, a revisionist interpretation of the Canadian experience in the Second World War. The chapter also examines the Somalian Affair and directs a full-scale attack on David Bercuson’s examination of this tragedy in his book Significant Incident. “Shedding little light on the tragedy itself, the book provides a revealing glimpse into the troubled mind of a new warrior,” (p. 203) Indeed, Bercuson’s book, they claim, would become a manifesto of the New Warrior culture:

That massive rearmament is imperative, even in a time of peace; that Canada, founded on war, must elevate warriors to the status of permanent heroes; that coddled Canadians need their leaders to give them a psychological and cultural make over…and that questioning this program is an act of disloyalty to the country and its values. (p. 205)

The rest of the chapter laments the transformation of peacekeeping into “something more closely resembling imperial policing.” (p. 209) The decline of peacekeeping, the authors postulate, goes hand in hand with increasingly shared objectives of Canadian and US foreign policy.

McKay and Swift spend the remainder of the book criticizing the Afghanistan mission, addressing similarities between the imperial attitudes of Bill Stairs and the Anglo-sphere attitudes of today. They lament the rise of what they deem “Anglo-globalization” (p. 268) – essentially the enforcement of a global policy based on the values and attitudes of western English speaking nations – while placing the blame within Canada for adherence to this movement squarely on the shoulders of these right-wing ‘New Warriors.’

The authors complicate matters by producing excellent prose in an extremely readable format, and at times, present valid and thought-provoking arguments on how we interpret ourselves as Canadians and how we interpret our history. A fundamental contradiction exists, however, in that the authors argue against one myth – that of the militarized version of our history – in favour of another myth – that of the “peacekeeping” ideals espoused by the authors – when in fact neither are entirely historically accurate. It is unclear what model is being displaced by the efforts of these ‘New Warriors’ and in many ways the main argument seems to be unintentionally presented as myths competing for Canada’s identity. 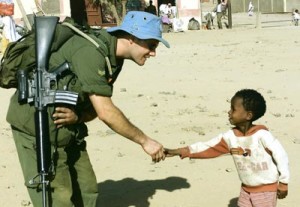 A Canadian peacekeeper in Eritrea.

In attempting to support their campaign against this growing movement, a series of highly questionable statements are placed by McKay and Swift throughout the text. For example, this new ‘Warrior Nation’ is religiously motivated, working to reclaim Canada for Christ. (p. 225) It is setting out to undermine gender equality and put down feminist adversaries. (p. 270, 291) It strives to destroy the welfare state in order to feed the warfare state. (p. 284) The problem with these epistles is that the authors have only broadly defined these “New Warriors” as anyone who is not a liberal, or who studies or promotes discussion on military history. They only examine a small sample of their target group to prove their point. For instance, Bercuson and Granatstein reflect all military historians and academics, Stephen Harper reflects everyone who is not a left-leaning political adherent, and Don Cherry reflects the goonish media. This is obviously problematic and as a military historian, I cannot but wonder if the authors truly explored any of the newer literature of military history that has been published in the past ten years, or even spent enough time examining Bercuson and Granatstein’s depth of respected work.

It is apparent, however, that the authors write from a position of frustration and anger at what they perceive to be the growing militarization of Canadian society, years of Harper government control, and a dubious war in Afghanistan. The authors do not, however, offer any insightful alternatives to what they perceive as a growing cultural trend and in fact fail to establish a previous cultural model that the ‘New Warrior’ model is supposedly displacing. Many of the characteristics of this ‘New Warrior’ model, a foreign policy to protect economic interests, religious motivation, Anglo-globalization, western notions of civilization, Canadian subservience to a greater national power, are actually presented by the authors as consistent throughout the twentieth and twenty-first century.

McKay and Swift obviously set out to ask hard questions, and to challenge those whom they perceive to be promoting this ‘New Warrior’ culture. In this regard, their book is very successful. It forces one to think critically about where they stand philosophically on the interpretation of Canadian history, culture and identity and the enforcement of Canadian foreign policy. The authors perform admirably in finding scholarship to support their positions but attack such narrowly defined targets that they fail to convince the reader that a grand conspiracy really does exist. Instead, the aggressive polemic nature of the book reads less like an academic text and more like a manifesto, thus affecting its overall credibility from a scholarly perspective. It is, however, a unique and controversial read, a thought-provoking and antagonistic piece of literature which no doubt will achieve its overall objective of stirring debate in different spheres of Canadian society.

A podcast of McKay’s keynote address from the 15th New Frontiers Graduate History Conference (York University), “‘The Empire Strikes Back’: Militarism, Imperial Nostalgia, and the Right Wing Re-Conceptualization of Canada” is also available courtesy of ActiveHistory.ca.

From Between the Lines Press: A trailer of ‘Warrior Nation’: