‘Superiority in Aviation Alone’: Effects of Airpower on Canadian Operations on the Somme, Part I/II by Bill Stewart

This blog and the next are focused on the impact of aviation on Canadian operations on the Somme, with an emphasis on observation/reconnaissance missions. The first entry introduces how air power affected combat on the Somme, how the Royal Flying Corps was organized, and provides a brief overview of the overall air campaign. The second entry drills down into the types of reconnaissance missions flown and how they affected operations.

‘Superiority in Aviation Alone’: Effects of Airpower on Canadian Operations on the Somme, Part I/II by Bill Stewart

Attention on airpower in the First World War is primarily focused on the fighter pilots in their gaudy aircraft swirling among the clouds in deadly dogfights. They bring the war a more human and personal dimension, as individuals mattered and their skills and character made a difference, so unlike the mechanical and depersonalized warfare fought on the ground. Their role was, however, secondary, as they protected the critical function of aerial reconnaissance while thwarting the enemy from doing the same. The key player in airpower was not the fighter pilot, the strafer, or the bomber, although they became more important as the war progressed, but rather the observer, usually flying in an underpowered and obsolescent aircraft or risking life in a highly flammable captive kite balloon. Marshal Foch, he of the pithy aphorism, captured the essence of why aviation was so important in a statement summarizing the Somme campaign: “Superiority in aviation alone allows the necessary superiority in artillery to give superiority in the present-day battle.”[1] The Germans also recognized the importance of the observation battle. A lessons learned document about the Somme from a captured German asserted, “the main object of fighting in the air is to enable artillery registration and photographic reconnaissance to be carried out, and at the same time to prevent that of the enemy.”[2] All other activity was secondary, even if enemy attacks were bothersome in other respects. 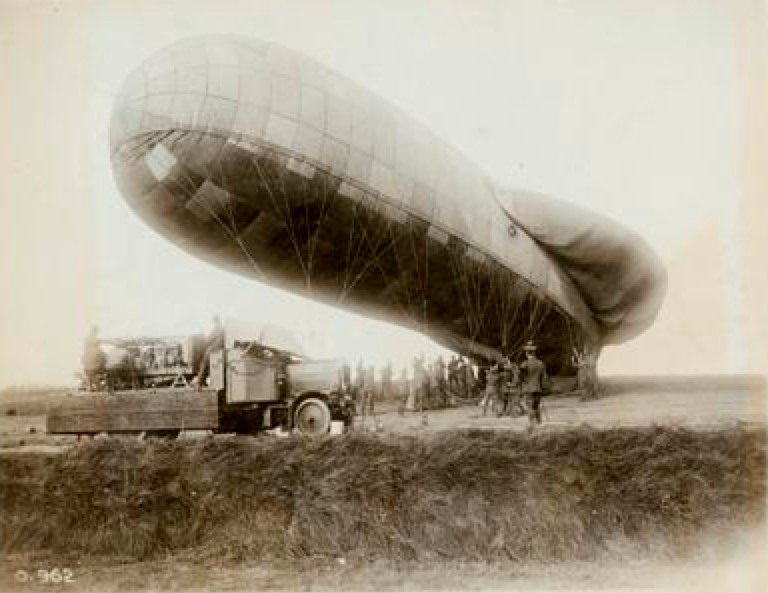 Aerial observation was critical for all phases of an attack from planning, bombardment, assault, to consolidation, because of two critical factors that inhibited the attacker – artillery accuracy and communications. The artillery on the Somme could not fire accurately without observing the fall of the shot. Aircraft and balloons, to a lesser extent, were the only means of observing ground out of view of observers on the front. This became increasingly important as the Germans revised their defensive doctrine to position their defences on the reverse slope of a hill or ridge and so were out of direct view. Communications with attacking units were usually intermittent, subject to constant delays, and often impossible. (For more see, ‘The Most Aggravating Thing:’ Communications And Limitations On The Somme) Accordingly, it was difficult for commanders to determine the location of assaulting troops once they hopped the bags and advanced into No Man’s Land. Aircraft flying contact patrols could, in the right circumstances, find the front line positions of the attackers and rapidly convey that information to the rear headquarters in minutes rather than hours that it usually took for that information to filter back.

Background to the Air Campaign 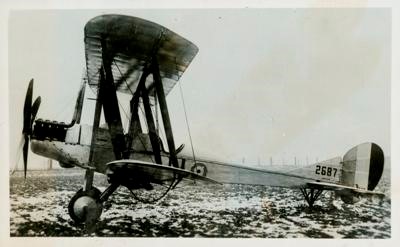 The Royal Flying Corps on the Somme was organized into a brigade attached to each army, with each brigade consisting of a corps, army, and headquarters wing controlling one or more aircraft squadrons and a balloon squadron to control captive balloons. Each corps had one squadron assigned to it, subordinated to the corps wing, with the 7th Squadron providing reconnaissance missions to the Canadian Corps. The army wing controlled fighter and bomber squadrons, as well as long-range reconnaissance aircraft.

At the start of the campaign, the allies had a four to one advantage in aircraft numbers and the Germans employed an outdated and easily defeated tactic of barrage patrols – essentially, single aircraft patrolling along the front line. The French pioneered more advanced air tactics at Verdun and the Royal Flying Corps employed similar approaches on the Somme. As a result, the British achieved clear air superiority over the Germans for the first two and half months of the campaign that culminated in a peak number of sorties for the 15 September 1916 attack. This also happened to coincide with the Canadian victory at Courcelette, as part of the larger Battle of Flers-Courcelette.

This dominance was not to last, as the German Air Force successfully contested British air control in October and November. While they did not win outright air superiority, they neutralized much of the former British advantage. In the harsh dynamics of air power, contested air control was a defeat for the attacker. The attacker needed air control to ensure artillery superiority, so air equality hampered the effectiveness of the attacker’s artillery. Four factors contributed to the decreased effectiveness of British air power – bad flying weather, more and better German aircraft, and improved German tactics. First World War aircraft were weather dependent, so inclement weather and even low ceilings and fog meant aircraft were grounded. The poor weather in October and November 1916 greatly diminished the number of flights. With the closing down of the Verdun campaign, the Germans shifted aircraft to the Somme front starting in September, eroding the former British numerical advantage. The Germans introduced more advanced aircraft on the Somme, which provided a technical advantage that forced the British to withdraw certain aircraft types, further diminishing any numerical advantage. Finally, the Germans started forming Jagdstafflen composed of their leading pilots, which inflicted higher losses on British aircraft.

By mid-October air superiority was lost, but what was the impact of the loss of air observation on the battle? It meant fewer successful observation, registration, and aerial photographic flights. This in turn meant it took longer for the artillery to register its guns, for the planners to get the aerial photographs to understand the German defences, and longer to determine the effects of the bombardment. The attacker now had the unpalatable choice of either slowing the tempo of attacks or keeping the tempo but with the effect of reducing the artillery’s effectiveness. The slower the tempo, the more time the Germans had to recover, repair and build new defences, replace battered units, and bring up reserves. General Hubert Gough’s bias, commander of the Reserve/5th Army in which the Canadians served, was to maintain the attack tempo regardless of the weather or condition of the German defences.[3] As a result, many of the Canadian attacks after Courcelette were failures owing to insufficient preparation time. Major-General Henry Burstall, the commander of the Canadian Corps’ artillery, complained that the artillery did not receive enough time to properly register its guns. For instance, the 5th Brigade in its attack on 1 October reported both the German and Canadian guns targeted it equally.

The Canadian Corps left the Somme in mid-October, but the 4th Division remained for another six weeks on the front, and it had a different experience with German airpower than did the other three divisions. The best evidence of this difference was the responses by units of the 4th Division to the post-Somme questionnaire issued by the Canadian Corps. A key question was the policy for preparing jump off and assembly trenches. While opinions varied, the responses from the first three divisions indicated limited concerns about German observation of these trenches. In contrast, the units of the 4th Division thought these trenches should only be dug the night before a daylight attack owing to German aerial observation. The 46th Battalion’s response included “no need for JU (jump off) trenches for night attacks, as they are inevitably observed by enemy aircraft and are shelled.”[4]