@BattleofOrtona Blog – The Italian Campaign to Ortona: An Introduction 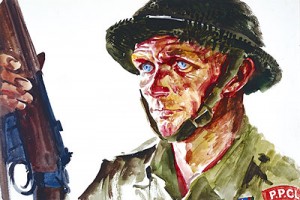 The Italian campaign began on 10 July 1943 and continued to May 1945 when news of Hitler’s suicide persuaded Field-Marshal Albert Kesselring to surrender. Allied forces in Italy grew to a total 1.5 million but the fighting strength of the two armies, U.S. 5th Army and British 8th Army, was just over 500,000 – only slightly more than Kesselring’s Army Group “C.” 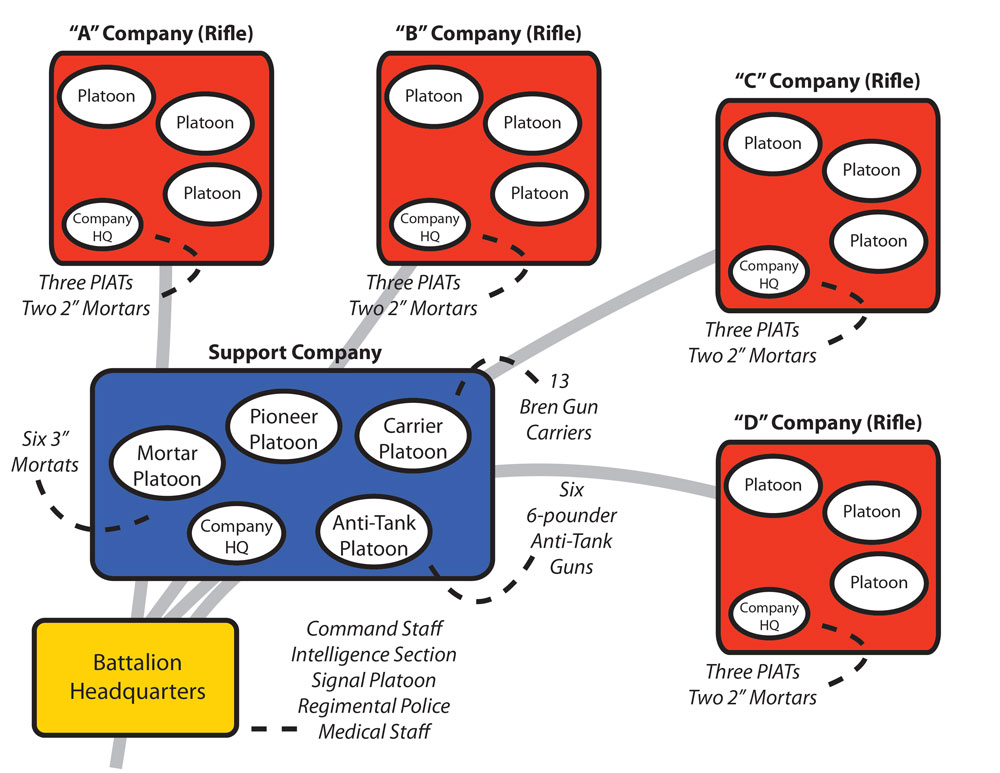 The 1st Canadian Armoured Brigade with three armoured regiments – 11th (The Ontario Regiment), 12th (The Three Rivers Regiment), and 14th (The Calgary Regiment) – were trained in an infantry support role. Engineers, signalers, medical and logistic troops were also part of the divisional strength of 17,500 men. 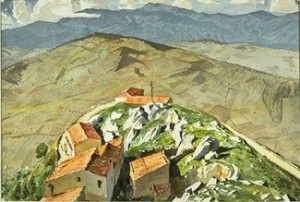 The Canadians were involved in a series of isolated battles in the mountains of Central Italy in November 1943 when General Bernard Law Montgomery issued orders for an advance up the Adriatic Coast to seize control of the east-west road Pescara to Rome. The American 5th Army was to launch a direct advance towards Rome at the same time.

The Canadians were still in the mountains when British, Indian, and New Zealand troops fought their way across the Sangro River, forcing a German withdrawal to the Moro River. The 78th British “Battleaxe” Division had shot its bolt at the Sangro and Montgomery ordered the fresh, full strength Canadian Division to take over the advance on the coastal flank. The move was to be completed by the night of 5 December.

The German 10th Army, responsible for the defence of Italy east of the Appenine Mountains, contained 12 divisions – 10 infantry and 2 armoured. The 76 Panzer Corps held the river lines south of Pescara with 1st Parachute, 90th Panzer Grenadier, 26th Panzer and 65th Infantry divisions. Normally an attacker needs to outnumber the defender by at least 3:1. This ratio could not be achieved in December 1944 and with the beginning of heavy winter rains air power could only play a small role. Everyone but the infantry was optimistic. 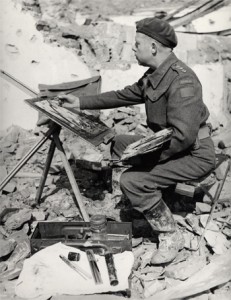 December had come, a violent, desperate month of bitter fighting in a macabre setting. The drama was intense, a bleak stage stripped of all but the most brutal properties, swept by gales and rain, under a flying wrack of dark cloud; a sinister stage, filled with terror and tumult, where courage and hope marched with despair and misery;; a bloody stage, where grim determination hacked and slashed away with fanatical resistance to the grisly end. We were hurrying forward to overwhelm an enemy who had been forced to abandon his chosen winter line, had been turfed out of his deep Shelters along the Sangro and who, at this moment, was running for the next promising bit of cover. There might be a rear-guard action, but he would not stop, he could not, if we pressed him hard enough. Pescara; it did not look far on the map, forty-five miles at the most. A week, maybe ten days, should see us there, and then the pincer move through the mountains to Rome.

@BattleofOrtona is the latest public outreach endeavour by the Laurier Centre for Military Strategic and Disarmament Studies. The primary goal of this project is to captivate, educate, and stimulate further interest in Canadian military history through new media. Twitter allows us to succinctly capture the events of the battle, the anecdotal minutia of the soldiers’ experience, and the broader strategic importance of the events of December 1943, all in real time. Our tweets will unfold just as the battle did. The information you are able to glean from the Twitter feed will be the same information available to a Canadian soldier on the ground. In short, there will be no foreshadowing of future events. It is not a story told with the benefit of hindsight.

The recent success of @RealTimeWWII and other ‘this day in history’ Twitter feeds are the main inspiration behind our decision to move forward with this project, albeit, in a much more focused manner. In addition to the Twitter feed, context blogs will be uploaded to this website and linked to you through @BattleofOrtona. Supplementary maps, photographs, war art, and other interactive content will also be hosted here for you to access. Tweets and blogs come from academic research carried out by LCMSDS Director, Prof. Terry Copp and associates of the centre. We encourage followers to provide us feedback at all stages of this process by replying to us on Twitter, or by sending an e-mail to [email protected].