‘The Muses Were Not Silent’: Leningrad and the poetry of the siege’ By John Owen Theobald 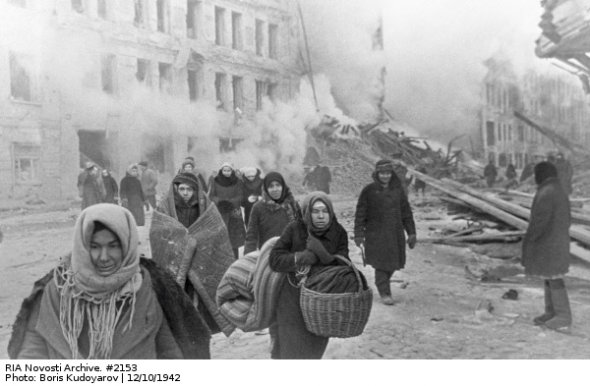 “The Fuhrer has decided to raze the city of Petersburg from the face of the earth. After the defeat of Soviet Russia there will be not the slightest reason for the future existence of this large city […] It is proposed to blockade the city and by means of artillery fire of all caliber and ceaseless bombardment from the air to raze it to the ground. If this creates a situation in the city which produces calls for surrender, they will be refused […] We are not interested in preserving even a part of the population of this large city.”

Throughout the 872-day German siege of Leningrad (now St Petersburg), roughly 900,000 people died from hunger, cold, and bombardment. In that same period, an estimated 1.6 – 2 million people perished within the city and in battles around it. This is an astounding figure, the lowest estimate of which exceeds the total number of Americans, both military and civilian, who have died in all armed conflicts from 1776 through to the current war in Afghanistan.[1] The siege of Leningrad resulted in the greatest destruction inflicted on any modern city, and it reduced the third of the population still alive to theft, murder, and cannibalism. Most remarkable of all, perhaps, is that this horrific period also produced great works of poetry, literature, and music.

Anna Akhmatova is widely considered one of the greatest poets of twentieth century Russia. On 22 June 1941, when Hitler broke his pact and invaded the Soviet Union (in the largest military operation in history, and a move that surprised no one but Stalin), Akhmatova was deeply out of favour with the authorities. Once the blockade of Leningrad was sealed on 8 September, she was trotted out to give words of encouragement to the terrified citizens. Her radio addresses were stirring, focusing on her connection to the great city, and to the common aim of all its citizens: “I, like all of you at this moment, live only in the unshakeable belief that Leningrad will never fall to the Fascists.” She also read her poetry to soldiers, at hospitals and at the front. But the situation in the city rapidly worsened, and she was evacuated to Moscow at the end of September. 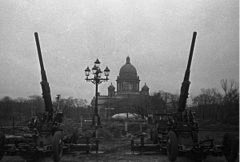 Akhmatova had begun work on her masterpiece, Poem Without a Hero, in 1940, and she completed the poem upon her return to the city in 1944.[2] The poem is long, complex, and dense with layers of allusion – most of the lines prove difficult to trace directly to her experience of war.

In the first book, “The Year Nineteen Thirteen: A Petersburg Tale,” New Year’s guests arrive at her home dressed in bizarre masks, and among the terrifying shapes is the Devil himself. The section ends, “Long ago your horoscope was cast.” By book three, she is inside the siege:

Inside the House on the Fontanka
Where with a bunch of keys, a lantern,
The evening lassitude
Begins, with an out-of-place laugh I
Hallooed to a distant echo, shattered
The unbroken sleep of things;
Where, witness of all in the world,
At dawn or twilight, an old
Maple looks into the room
And, foreseeing my absence,
Stretches out his dried and blackened
Arm as if to help.

The poem, heavy with portents, speaks of the continued ruin of the city: “Earth hummed beneath my feet and/ The red planet was streaking/ Through my still unbroken roof.” 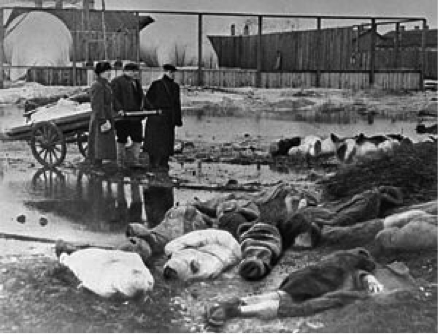 It is certainly a poem about a world lost forever, but of the details themselves, the many doubles, the echoes of Eliot’s Four Quartets, the obscure references such as “the Noseless Slut,” she refused to explain or clarify. The poem’s epigraph reads, ‘God preserves everything,’ and in the foreword she quotes Pontius Pilate, ‘What I have written, I have written.’ She refused to explain, she claimed, because her true audience was no longer there: “I dedicate the poem to the memory of its first audience – my friends and fellow citizens who perished in Leningrad during the siege. Their voices I hear, and I remember them, when I read my poem aloud, and for me this secret chorus has become a permanent justification of the work.”[3] 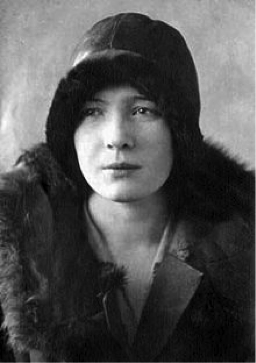 Another young poet likewise spoke directly to the suffering. In her early 20s, Olga Berggolts also ran afoul with the NKVD, being ousted from the Communist Party in the 1930s and imprisoned for “unreliability to the party” in 1937. At the time of her arrest she was pregnant and, after being questioned and tortured, gave birth to a stillborn child. Her other two daughters died just before the war began. Her father, a medical doctor, was exiled to Siberia in 1942 for refusing to spy on his colleagues and patients. Much like Akhmatova, Berggolts was fetched back when they needed her, and reinstated in the Party just before the war, and went on to become an active champion of Soviet ideals.

Berggolts spent the entire 872 days inside the blockaded city – stubbornly refusing to be evacuated – and her reassuring voice came over the one working radio station at even the darkest points. She suffered almost continual grief during the siege. Her husband, three of her aunts, and her grandmother all starved to death. 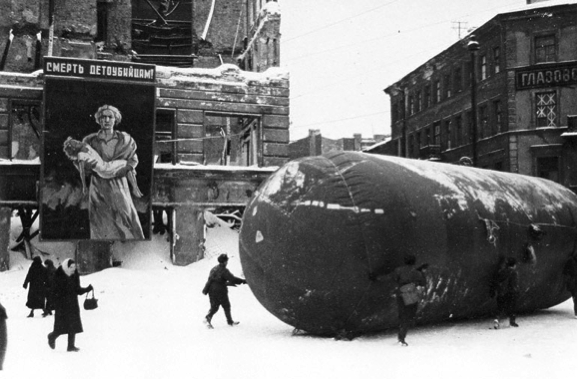 In her refusal to abandon hope, Berggolts became the voice of the siege. To millions of terrified men and women, she embodied resistance to suffering and fear, and poems such as “Conversation with a Neighbour,” demonstrate this generosity and strength:

So much that sometimes moods of doubting
Have shaken even the strongest will:
‘Can I endure it? Can I bear it?’
You’ll bear it. You’ll last out. You will.’

Her poems, which focus on the vital conditions of survival, heroism, love, and courage, literally kept people alive.[4] In her 1946 poem ‘My Home,’ she writes of walking past her old flat, where she lasted out the siege, and profoundly hopes a happy family is now living there:

I want so dearly for someone to be happy,
There, where I suffered immeasurably.

Possess everything that was denied to me,
And all that I gave up for the war.

Berggolts never wrote a collection of poems, and her individual poems are no longer in print in English.[5] One phrase of hers, however, is known by thousands of people across the world, and Akhmatova’s Poem Without a Hero shares the sentiment. On the wall of the memorial raised at Piskarevsky cemetery is carved Berggolts’ words:

Here lie the people of Leningrad,
Here are the citizens – men, women, children –
And beside them the soldiers of the Red Army
Who gave their lives
Defending you, Leningrad,
Cradle of the Revolution.
Their noble names we cannot number
So many lie beneath the eternal granite
But of those honoured by this stone
Let no one forget
Let nothing be forgotten. 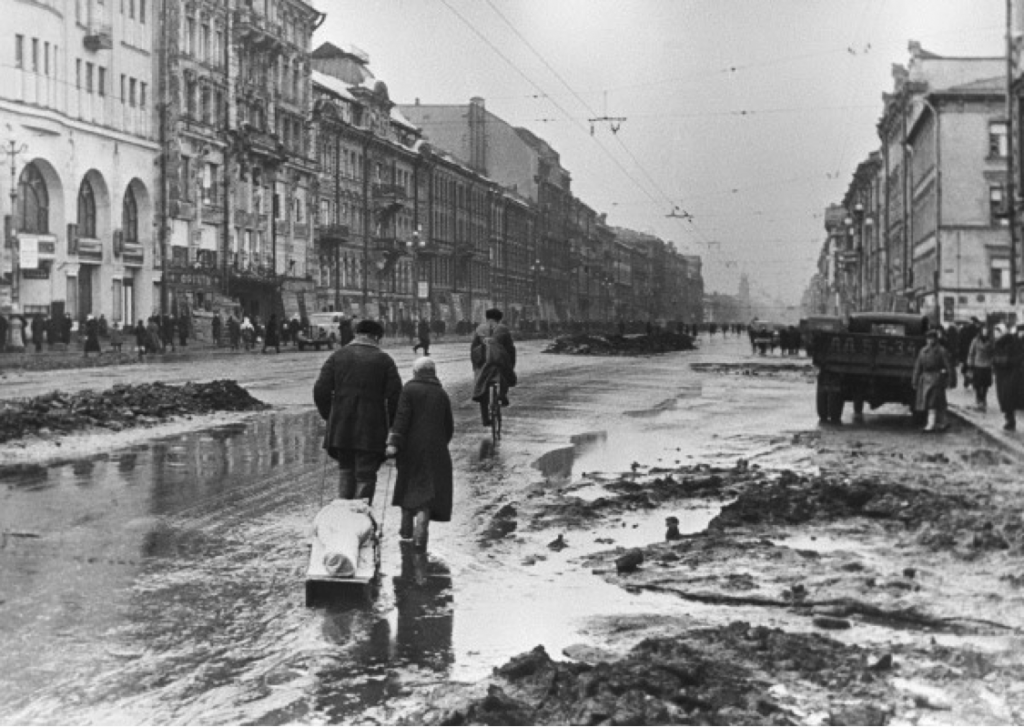 This is the seventh installment in the year long series War and Literature in the Western World by John Owen Theobald. John, originally from the East Coast of Canada, holds a PhD from the historic University of St. Andrews and now lives in London, England.

[2] She revisited it throughout her life, altering passages and adding others.

[4] Along with reading poetry – her own and others – Berggolts encouraged and admonished Leningraders to cling to life. “She forbade us from getting lice, telling us to wash our hair even when there was no warm water and it was 40 degrees below zero outside.” The St. Petersburg Times. July 24, 2001