The “Pumpkin Shooter” by Frank Maas

At the same time that Canada was fielding its Leopard C1s, another vehicle, of much humbler origins, was entering service. This was the Cougar, part of the Armoured Vehicle General Purpose (AVGP) family, the roots of which go back to the early 1960s. Army plans in 1965 had called for the creation of two rapidly deployable brigades which would require a wheeled reconnaissance vehicle to complement a light tank. The prime candidate was the Cadillac-Gage Commando, a four wheeled, amphibious vehicle which mounted machine guns or grenade launchers, and could also carry infantry. The US sold thousands of these vehicles to allies such as South Vietnam, and they saw extensive service in Vietnam as convoy escorts operated by US Military Police. The Canadian army borrowed and tested these vehicles, but never bought them in quantity because of budgetary constraints and frequently changing defence policy. 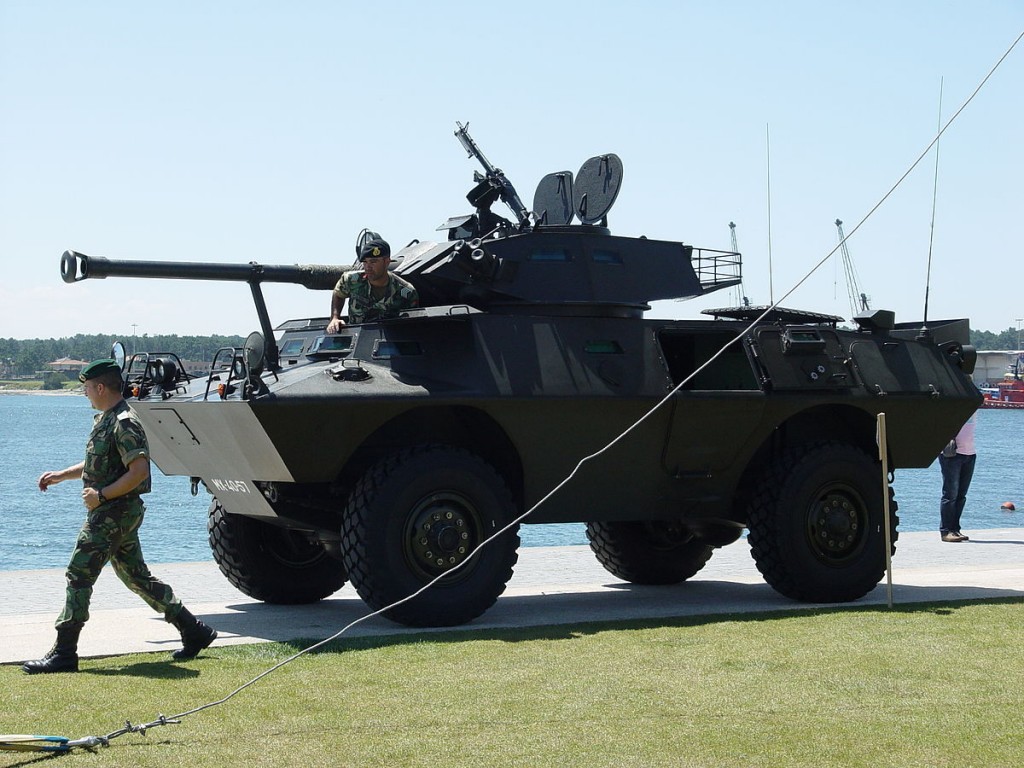 The election of Pierre Trudeau as prime minister in 1968 would lend some stability to policy, although the army did not like it. The Trudeau government insisted upon the elimination of Main Battle Tanks from Canada’s arsenal because there was no military need for them at home – they could not be transported quickly to the Arctic to challenge any Soviet incursions, however unlikely, and they were deemed unsuitable for use in aid to the civil power operations. However, according to some officers, an enraged Trudeau wanted tanks on the bridges and streets of Quebec and Montreal to enforce order during the October Crisis in 1970, but the army dissuaded him from such a step. Regardless, Canada’s Centurions were retired in most units by 1970, although they soldiered on in Europe and at Gagetown.

Many army officers thought that this policy was deeply flawed. They regarded Main Battle Tanks as an indispensable part of a modern army, and it would take years to replace that capability once lost. Even if there was no concrete military need for tanks at home, Canadian soldiers needed to train with them to know how to operate in deployments where hostile or friendly tanks might be present. Upon his appointment as Chief of the Defence Staff in late 1972, General Jacques Dextraze made it a priority to buy a new tank to equip the troops in Germany (ultimately the Leopard C1), but he also wanted to buy a family of cheap training vehicles for the rest of Canada’s army. This vehicle, termed the Armoured Vehicle General Purpose (AVGP), would satisfy Dextraze’s political masters because it was versatile and inexpensive, but it would help maintain some of the army’s skills, particularly in operating tanks. Some units in Canada had taken to putting stove-pipes on M113 armoured personnel carriers to simulate tanks in training exercises, which did not lend itself to realism. 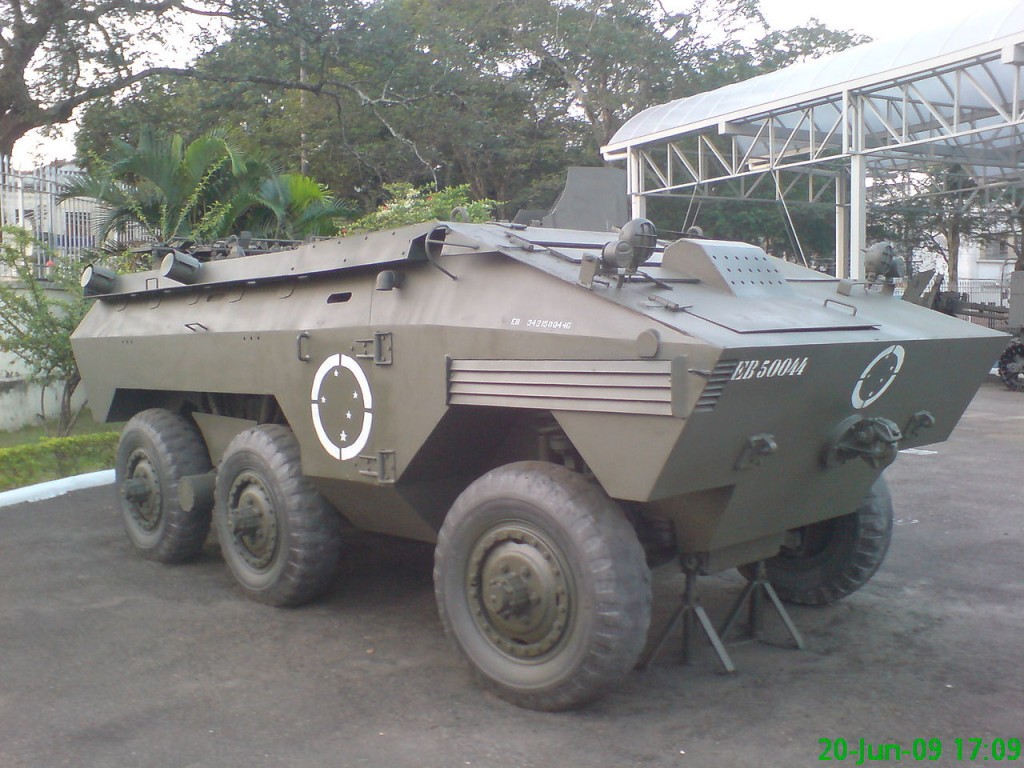 Dextraze’s first choice for the AVGP was the aforementioned Commando, and the army tested this vehicle against the Brazilian Urutu, manufactured by Engesa, and the Swiss Piranha, manufactured by MOWAG. The plan was to buy four variants based on a common chassis – an infantry carrier, a fire support vehicle, an engineering vehicle, and an anti-tank missile variant – to equip Regular and Reserve units in Canada. The army tested out the Commando, Urutu, and Piranha at Canadian Forces Base Wainwright in Alberta in early 1975, and liked the Swiss Piranha best, followed by the Urutu, and then the Commando. The Brazilians pressed for further testing of a revised Urutu, and a French company, Saviem, pressed for inclusion of its vehicle, but the army’s preference for the Piranha did not change. The Piranha was the best technical vehicle, while the Urutu was too noisy, and infantry in the Commando were disoriented and dazed when they deployed, sometimes vomiting. 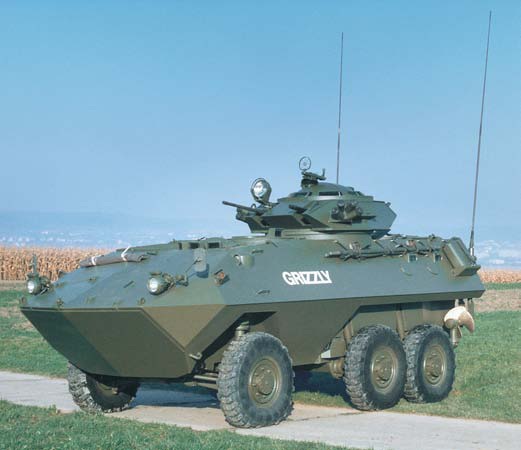 MOWAG strengthened its case when it offered to licence produce the AVGP in Canada, something that Cadillac-Gage and Engesa had expressed no interest in. MOWAG selected Diesel Division General Motors in London Ontario to do the bulk of the work for the project because it had experience manufacturing large trucks, buses, and locomotives, and the technical capability to produce large, complicated pieces of equipment. This offer made the MOWAG vehicle very attractive to the rest of the civilian government. One soldier commented that when tests proved that Hamilton foundries could produce suitable ballistic steel for the vehicle, civilians from other government departments stopped asking him “Does the army really need this vehicle?” and started asking “Is the army getting enough?” 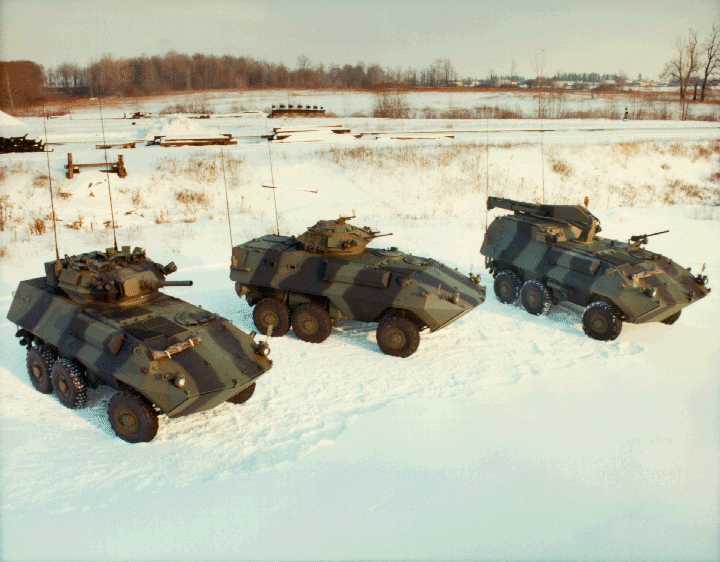 The army purchased 491 MOWAGs in total, 195 Cougars armed with a 76 mm gun, 269 Grizzly armoured personnel carriers, and 27 Husky maintenance and recovery vehicles. All of the vehicles were amphibious. There was little affection for the AVGP – one commander likened it to the notorious Ross Rifle – and there was no love lost between the Armoured Corps and the Cougar. The Cougar was only a tank trainer, and it paled in comparison to the Leopard C1. It had less mobility, less armour, and its low-velocity gun was derisively referred to as a “pumpkin shooter.” The AVGPs also had a tendency to get stuck in soft terrain, and had a propensity to roll over. Despite its flaws, the Cougar was better than the previous expedient of a stove-pipe armed M113, and it had an even greater effect on the Reserves. Militia armoured regiments had not crewed actual tanks since their postwar Shermans were withdrawn in the 1960s, and were training as reconnaissance units with machine guns mounted on jeeps. The Cougar offered more realistic training, and it helped improve morale and retention so much that one regimental history called it a “godsend.” 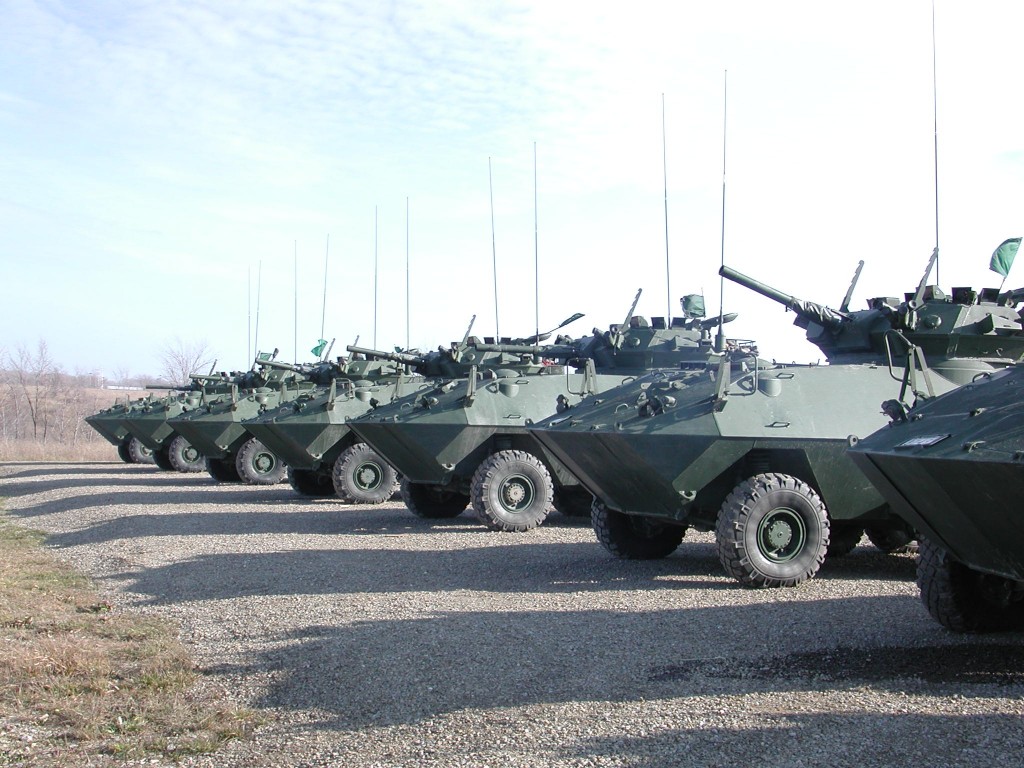 This author took a photo of Cougars on the firing pad at Meaford, Ontario.

Dextraze and the army always intended the AVGP family to be a cheap training expedient, and never thought it would be deployed operationally. The army tested out Cougars in Norway in the mid-1980s in support of NATO commitments, but AVGPs were never in a combat zone until the 1990s. There was reluctance to send tracked vehicles on peacekeeping missions, even when there was significant combat, so some AVGPs were pressed into service on missions in the 1990s in Bosnia and Somalia. The vehicles were uparmoured, but were still criticized for insufficient crew protection, especially in Bosnia, where other allies fielded significantly heavier forces. The AVGP family has now been withdrawn from Canadian service, although some vehicles remain in service with other countries. Canada loaned 105 AVGPs, mostly Grizzly armoured personnel carriers, to the African Union mission in Darfur in 2005. Uruguay bought roughly forty Cougars in 2007, as well as the vehicles from the African Union mission once the loan ended in 2009. Although the Canadian army had little affection for AVGPs, other nations would take an interest in them in the 1980s and 1990s.