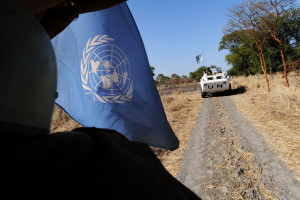 UNMIS has intensified patrols around the volatile Abyei area in the wake of clashes that have left dozens dead before and during the Southern Sudan self-determination referendum. According to the Comprehensive Peace Agreement, Abyei was meant to have its own referendum on whether to join the north or the south but disputes over who is eligible to vote among other issues have left the status of the region in limbo and the referendum indefinitely postponed.1