Since being physically fit is a necessary attribute for many positions within the military, recreational sports have proven an important aspect of Canada’s armed forces. This week’s video provides a glimpse into Military Sports Week, which is held in January at the Edmonton Garrison. For the past twenty years, members of the western Canadian military participate in three days of ice hockey, ball hockey, soccer and basketball. Not only is this annual sporting competition seen as a reprieve from real combat, but many participants, such as Corporal Ian Cantelo, especially value the camaraderie and extended partnerships that are built upon through involvement in team sports.

This evening at 7:00pm, Matt Symes will be discussing the interconnectedness of sport, World War One, and Canada. The talk will be taking place in Room 127 of the SC Johnson Building at the Laurier Brantford campus. 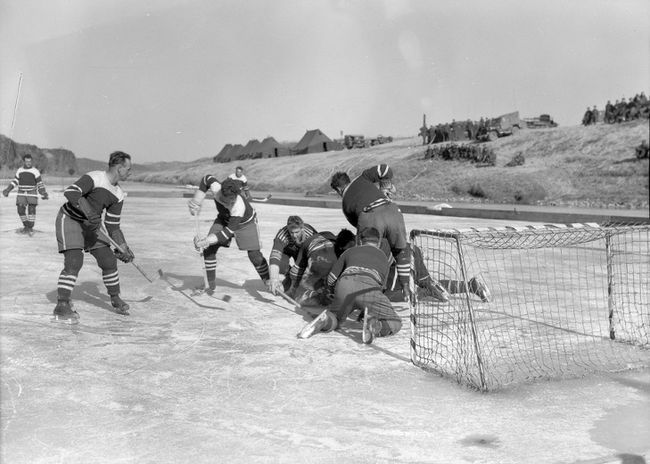 Canadian soldiers playing ice hockey on the Imjin River in Korea during the Korean War.